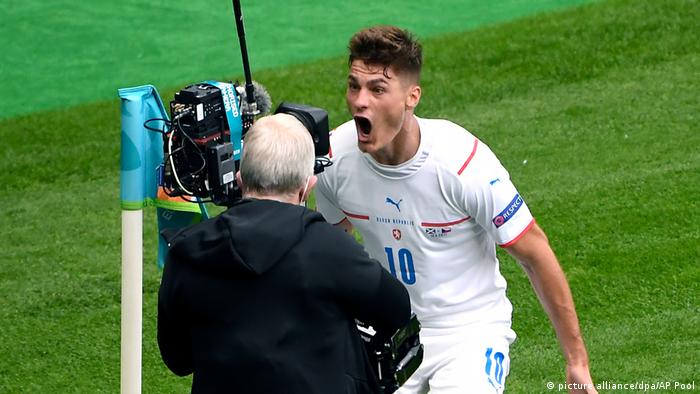 It began with 24 teams, although just 16 remain. Eleven stadiums spread across the continent, six groups, four lucky third-placed finishers and three kickoff times on most days. Who can possibly keep track of everything at this first pan-European football championship?

DW's sports department is here to separate the highlights from the lowlights.

The main aspirants for the European title are all still in the competition, but most have had to overcome a wobble. It was particularly tight in the "Group of Death," which Germany almost didn't survive.

The Hungarians caused their opponents a lot of problems in Munich, as they had previously done with World Cup champions France and European title holders Portugal.

England dragged themselves ponderously through the group stage, Spain spluttered, and suffered from penalty phobia, before redeeming themselves with a 5-0 thrashing in their last group stage match.

In contrast, Belgium were the only favorite to win all three of their group stage games, while unfancied Netherlands mimicked the feat along with Italy.

Italy are renowned for their defensive skills and sensibilities, but they have taken the tournament by storm with their refreshing and swashbuckling football.

Coach Roberto Mancini has molded the Squadra Azzurra into a pressing machine, and they are now unbeaten in 30 matches after a perfect record in the group stage. That eclipsed a national team record set way back in the 1930s. 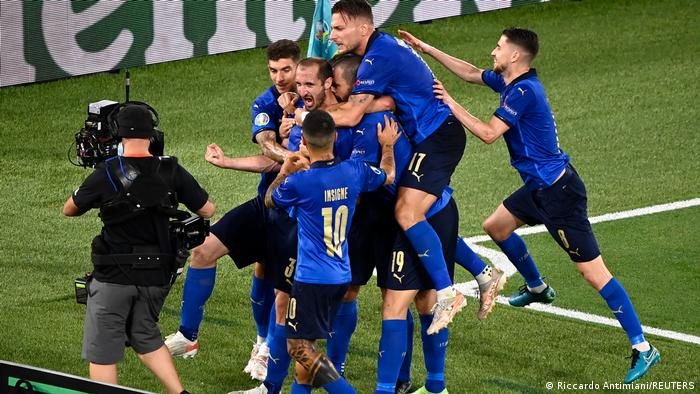 In addition, Italy can still rely on that defensive steel — they haven't conceded in more than 1,000 minutes. Will they continue their impressive form against northern neighbors Austria in the last 16?

A dark horse heading into the tournament, Turkey were an utter failure.

For many, Robin Gosens shouldn't even appear in this category. After all, Serie A fans, Lombardy lovers and Champions League viewers have known him for a while. But the story is simply too good.

At 17, he failed to make the grade in a trial with Borussia Dortmund; instead, he found himself working at a petrol station, spending weekend evenings at the village disco and playing amateur football. 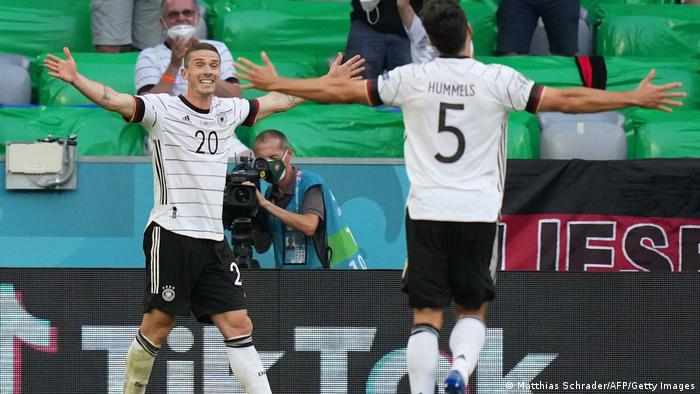 Robin Gosens (left) had a night to remember against Portugal

After a detour to the Netherlands, Gosens finally landed at Atalanta and made his Germany debut in September 2020. He contributed one goal and two assists in the all-important 4-2 win against Portugal.

His comment after the game to German public broadcaster ARD: "You can pinch me, but even then I won't believe any of this." However, the 26-year-old was only a hero for one night. Against Hungary, Gosens was overshadowed.

As chic as you can get — the best goal so far came from the Czech Republic. Patrik Schick is the name of the lanky striker you'll recall for decades to come, currently playing at Bayer Leverkusen in the Bundesliga after moving from RB Leipzig. Who will ever forget his goal from over the halfway line against Scotland? With excellent technique and exceptional vision, he outsmarted the Scot keeper who had repeatedly strayed too far off his line.

And the international press outdid each other in superlatives, describing it as a "wonder goal" and "goal of the decade" and, using golf parlance, compared it to "a perfect drive off the tee."

The teams that took part in a European Championship for the first time had a difficult christening. Neither North Macedonia nor Finland made it out of the group stage. Both showed a lot of heart and defensive spirit, but too little class in attack.

For Goran Pandev, though, there was celebration, as the 37-year-old finally got to play in his first major tournament for his country. And the Macedonian legend departed in a fitting manner: by scoring a goal against Austria.

The most nerve-racking incident

Copenhagen, June 12, 2021: scenes the world of football will never forget. Denmark star Christian Eriksen collapsed on the pitch and had to be resuscitated. Paramedics fought for his life for several minutes. Teammates, opponents and fans in the stadium, but also millions tuning in on TV feared for the midfielder's life. Denmark captain Simon Kjaer was the quickest to react, calling the medics onto the pitch and gathering his teammates in a circle around Eriksen in an effort to block the view of the fans and cameras. He later comforted Eriksen's wife, who was in the stands. 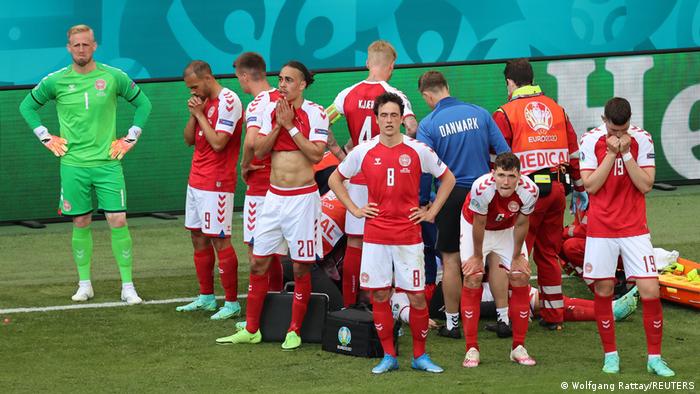 The Danish team would eventually go on to lose the game against Finland, but they won the hearts of fans around the world in those dramatic minutes. And captain Kjaer showed that football players can be true role models.

Eriksen, meanwhile, recovered in a local hospital where he had a device fitted to regulate his heartbeat.

The most valuable player

The title of Player of the Tournament won't be awarded for another two weeks, but here are the strongest contenders so far:

Simon Kjaer (Denmark): defensive leader and captain who serves as a role model.

After earlier threatening host cities with withdrawing their rights if they failed to guarantee that spectators would be in the stands, UEFA then went and threatened London with the withdrawal of the final if it failed to make exceptions to the strict British entry rules — for leading politicians, businessmen and the media.

Then there was the farce about Manuel Neuer's captain's armband in rainbow colors. Neuer has been wearing it during Pride Month this June to promote diversity and tolerance. UEFA launched an official investigation, but then decided Neuer could continue to wear the rainbow armband as it was a "symbol of diversity and thus a good cause."

Days later though, UEFA rejected an application from the city of Munich to light the Allianz Arena in rainbow colors on the night of Germany's match against Hungary, describing the request as "political."

The backlash on social media was swift and massive. UEFA, which loudly demands "respect" on jersey patches and advertising banners, while at the same time cozies up to certain regimes behind the scenes, now has a real problem. The European Championship and football are more political than ever before.

Where do we go from here?  We keep watching the games — starting with the round of 16.