Led by veteran striker Goran Pandev, North Macedonia have entered the big stage by qualifying for Euro 2020. After shocking Germany in the World Cup qualifiers, they want to prove they're ready to make the step up. 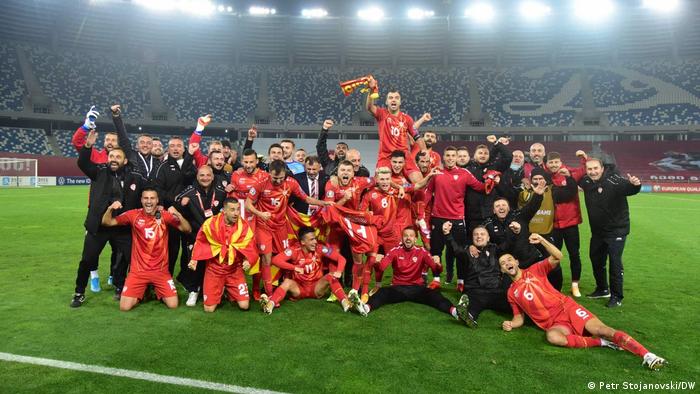 After almost three decades in the doldrums, North Macedonia have finally arrived on the biggest stage by reaching their first major tournament as an independent nation by qualifying for Euro 2020.

Having gained independence from the former Yugoslavia in 1991, the Balkan nation of 2 million people had never come close to reaching a major tournament before a 1-0 win over Georgia in their playoff final in November last year propelled them into the European Championship.

A remarkable 2-1 victory over Germany in March in World Cup qualifying only added to the sense of euphoria and increasing levels of expectation.

"The team travels as a debutant to the European Championship, and the fans may secretly hope that this status can be beneficial, following the example of the Vardar handball team, who won the Champions League twice," said Sasko Dimovski, a sports journalist with Nova TV in North Macedonia. 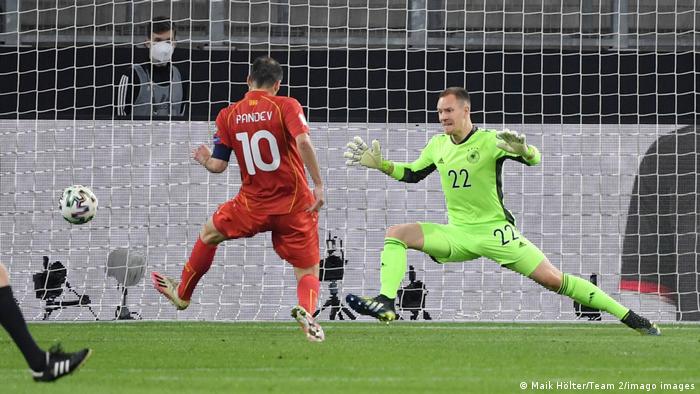 For almost three decades, football in North Macedonia took a back seat to handball and even basketball as the national team regularly qualified for major events. Vardar Skopje's handball team has enjoyed unprecedented success in European club competitions, winning the 2017 and 2019 Champions League titles and dwarfing the club's football division.

On paper, North Macedonia start as huge underdogs in Group C. Their opening game in Bucharest against Austria on June 13 is followed by matches against Ukraine on June 17 and the Netherlands in Amsterdam four days later.

North Macedonia's chances of causing an upset at the Euros are almost nonexistent, with bookmakers offering odds of 500/1 for them to win it, but that doesn't seem to concern their backroom staff — and coach Igor Angelovski says that merely qualifying for the tournament is not enough.

"Our goal is to progress from the group," Angelovski told DW during the first day of the team gathering.

"Then depending on our position, there are various possible opponents, but we won't calculate anything. We want a place in the last 16. Let the opponents worry about who is going to play against us." 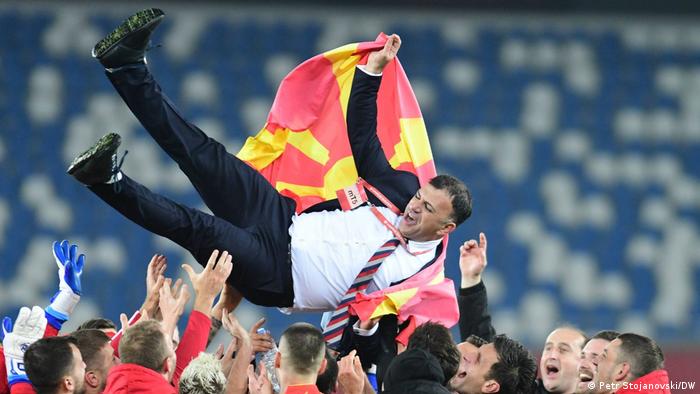 Angelovski's optimism is shared among members of the coaching and technical team, as DW witnessed while getting an exclusive insight into the preparations for the tournament.

Kit manager Viktor Velevski says he is preparing 250 jerseys for the players that should be enough to see them go "all the way to the final."

"We'll get through the group for sure," Velevski said with confidence. "Then we'll see what happens afterward."

If the team is to fulfill Angelovski's dream of playing in the last 16, much will depend on the form of veteran talisman Goran Pandev, who made his international debut in 2001, almost 20 years to the day before North Macedonia will make their major tournament debut.

The striker, currently of Italian side Genoa and formerly of Inter Milan, holds North Macedonia's record for most appearances and goals, with 117 and 37 to his name, respectively. But he turns 38 in July and will need help from his younger compatriots during a busy schedule after a long season.

Much is expected of Eljif Elmas. The 21-year-old midfielder didn't enjoy the best of seasons for Napoli but already showed his potential by scoring the winning goal for his side against Germany in Duisburg.

Leeds United wingback Ezgjan Alioski and Dinamo Zagreb midfield enforcer Arijan Ademi are the other key pieces in Angelovski's 3-5-2 system that has brought the team stability and success. 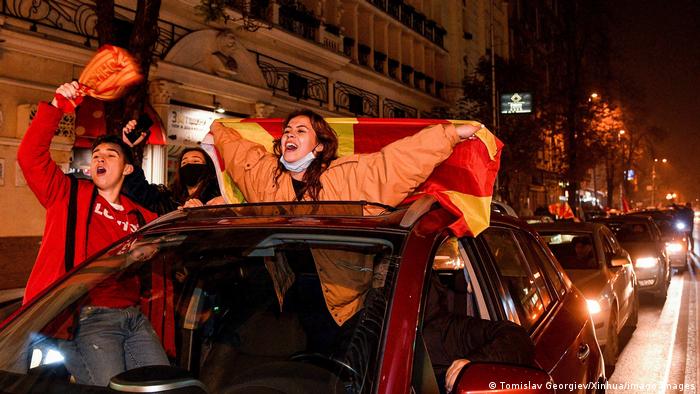 But off-field problems continue to be a cause for concern and have the potential to disrupt the positive atmosphere. A long list of scandals surrounding the Football Federation of North Macedonia (FFM) had escalated into open conflict lately, with its President Muamed Sejdini on one side, and Angelovski and Pandev on the other.

To make matters worse, only days before the start of the tournament, the release of a new kit for the team, specially designed for Euro 2020 by German company Jako, was met with anger and disappointment by fans. They protested that the burgundy colors of the new jerseys do not represent their beloved red and yellow national flag. Ultimately, the FFM rejected the new jerseys and asked UEFA to allow the team to use their previous kit.

However, Dimovski is certain that these developments won't affect the team at the Euros.

"This team has been through a lot of turbulence in the last few years — they will not allow anything to disturb their work in the past four years."

Sports Life - WHY ex-Yugoslavs are the best footballers

Why ex-Yugoslavs are the best footballers

An area which ran along the Iron Curtain during the Cold War has become a spot rich for flora and fauna. To save it for the future, an initiative is planning to protect the "Green Belt" by creating a national park.