Online platforms would have to ensure paid political ads are clearly labeled under a new EU proposal. There will also be a ban on targeting voters based on personal data. 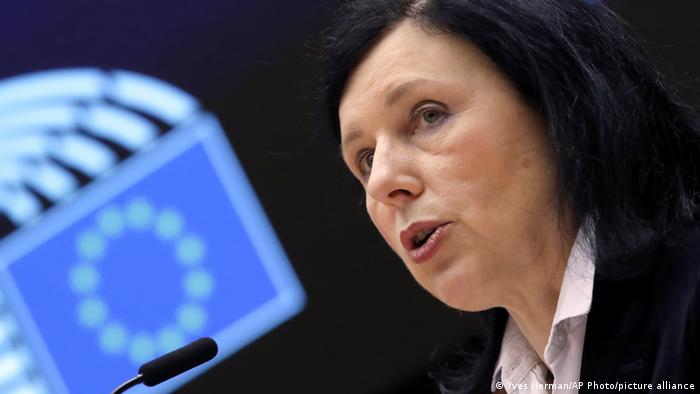 Companies such as Google, Facebook and other social media giants will also have to provide more data on who pays for the ads and how they target voters under the new draft legislation.

They could face fines of up to 4% of their global turnover if they fail to comply.

"People must know why they are seeing an ad, who paid for it, how much, what micro-targeting criteria were used," said European Commission Vice-President Vera Jourova.

"Digital advertising for political purposes is becoming an unchecked race of dirty and opaque methods," she added.

What does it mean for social media users?

If the proposals are implemented, online users will easily be able to determine who paid for an advertisement, how long it will run, how much was paid and what election it is about.

Under the regulations, political ads will no longer be allowed to draw use voters' ethnic origin, religious beliefs or sexual orientation to deliver ads — unless the social media user agrees.

"For the first time, it will be mandatory to include into the ads' clear information on what basis the person is targeted and to publish which groups of individuals were targeted, on the basis of which criteria and with what amplification tools or methods, among others," the Commission said in a statement.

Politicians will, however, be exempted from the rules when posting something on their personal social accounts.

The problem of fake news in Germany's election campaign

Concerns over the misuse of political advertising

The latest proposal is part of Brussels' plan to clamp down on disinformation during European elections.

In 2018, the data analytics firm Cambridge Analytica in the UK was accused of using the personal data of tens of millions of Facebook users to build an operation to influence US and UK voters.

Operatives in Russia and China have also been accused of secretly acting online to disrupt politics in western democracies. Moscow and Beijing have repeatedly denied the accusations.

The Commission hopes EU lawmakers and member states will finalize the rules by 2023, one year before the next European Parliament elections.

It will then be up to data protection authorities in each of the EU member countries to police the rules.