Around 10 million people each year receive a visa allowing entry to Europe's borderless Schengen Area. Regulations that came into force on April 5 should streamline the process of applying for a Schengen visa. 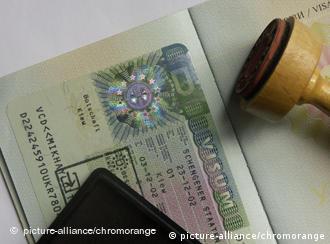 The European Union says it has saved those seeking entrance to the bloc the hassle of long lines and difficult forms to fill out at consulates, as it has streamlined the Schengen visa application process.

Until now, each of the 25 member states that belong to the Schengen Area - a European zone in which the borders are completely open between neighbouring countries - had their own procedure for issuing visas to foreign tourists. 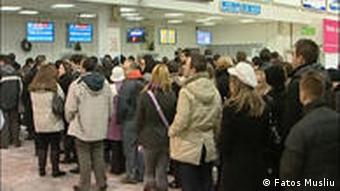 Now, according to the European justice commissioner, Cecilia Malmstroem, the EU has created one system that will be implemented throughout the zone.

"The aim of the new EU visa code is to coordinate the practices in all the Schengen countries, making it easier for the millions of applicants all over the world asking for a Schengen visa," Malmstroem told Deutsche Welle.

The European Commission said the new system was also meant to be more transparent and precise, and even a little cheaper.

While the standard fee for a visa of up to 90 days remains at 60 euros ($81), visas for children between the ages of six and 12 will cost only 35 Euros. The same goes for citizens of countries that have visa facilitation deals with the European Union.

Another positive aspect of the new visa code system is that the application form itself has been revised and significantly shortened.

"I think we should admit that in the past sometimes the visa process was not always customer-friendly. There were very long waiting lines; sometimes you had to wait for two months before you could apply for your visa," de Ceuster told Deutsche Welle. 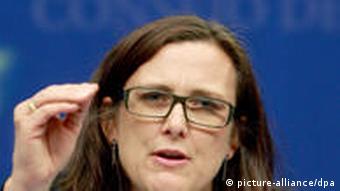 The new system was a long time coming, said Malmstroem

All this is meant to change now. The new system sets a deadline of two weeks for an applicant to be interviewed at a consulate. The officials then have to decide within 15 calendar days whether or not the visa will be granted. If the candidate is refused, a reason must be given.

"There was not always motivation for a visa refusal there was no possibility to appeal against the visa refusal so that led to a lot of frustration of visa applicants and also led to the famous image of Fortress Europe," de Ceuster said.

Starting next year, those whose visa applications are refused will be able to launch legal action in any of the 25 Schengen countries. For this reason, Justice Commissioner Malmstroem called the new EU visa code an important step forward.

"This is the beginning of a fairer system for all individuals and thereby a fully-harmonized EU visa system," she said.

Enter one country that belongs to the 25 nation border free zone known as the Schengen area and you have access to all the others. This is just one ingredient of a complex dispute between the EU, Switzerland and Libya. (25.02.2010)

Turkey says it wants the European Union to drop visa restrictions on its citizens seeking to travel to the bloc after restrictions for three other non-EU countries were lifted Saturday. (20.12.2009)