The EU has called the plan a "road map for investment" in the developing world. It is seen as an eventual alternative to China's "Belt and Road" global infrastructure strategy 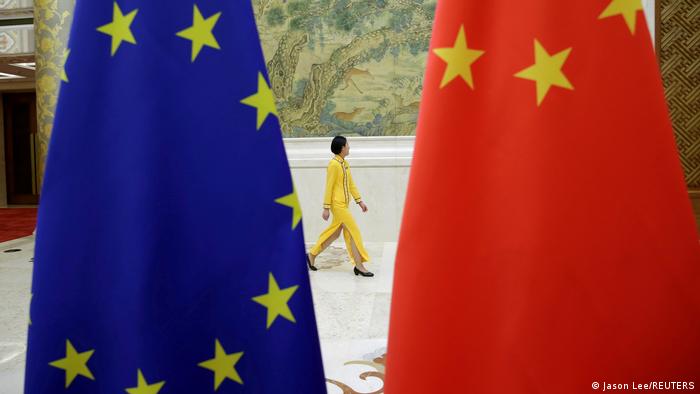 The plan is "global in scope, adapting to the needs and strategic interests of different regions," and is being seen as a European effort to challenge China's Belt and Road Initiative, which was launched in 2013 and funds infrastructure projects in the developing world. Critics say China's plan traps recipients in debt.

Maria Demertzis, a leading economist and deputy director at Bruegel think tank, warned the European Commission not to make this about competition with China.

"It does not have to crowd out Chinese investments," she told DW. "I very much hope that it does not aim to, or is perceived as an attempt to displace China in one way or another. Nobody wins from that."

What is the EU's Global Gateway?

A document outlining the plan said it aims to mobilize the fund between 2021 and 2027 by joining the "resources of the EU, member states, European financial institutions and national development finance institutions."

Global Gateway will require buy-ins from international institutions and the private sector as well.

G7 countries developed a plan at the summit earlier this year in Cornwall to provide countries with an alternative to Belts and Roads.

The commission acknowledged the trans-Atlantic roots of the plan on its website, noting, "Initiatives such as the Build Back Better World and Global Gateway will mutually reinforce each other."

What is China's Belt and Road Initiative?

Launched in 2013, the global investment strategy known as the Belt and Road Initiative is a signature project of Chinese President Xi Jinping. In official literature, the strategy aims to connect China better with the world and Asia, Europe and Africa in particular.

By 2020, Beijing had invested nearly $140 billion worldwide, with more than $20 billion of that investment occurring just last year alone.

Jack Parrock contributed to this article.