EU Treaty Blueprint: The Central Points | Europe | News and current affairs from around the continent | DW | 23.06.2007

The 27 EU member states on Saturday agreed on the main contents of a new treaty to replace the bloc's failed constitution. They main points are listed below: 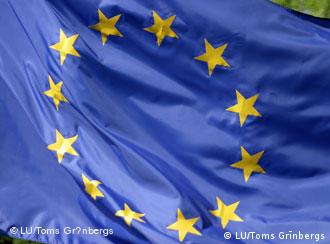 The treaty agreed upon replaces the constitution, which was voted down in 2005

To some it is another step on the slippery slope towards a European superstate, to others it is a watered-down compromise designed to assuage Polish and British misgivings.

The main points of the package, the details of which are still to be thrashed out by an intergovernmental conference, are clear:

The constitutional project, scuppered by 'no' votes at French and Dutch elections would have replaced all of them.

Therefore the new text will be much shorter than the weighty 480-page constitution but just as incomprehensible to the layman.

It will steer clear of such controversial terms as "federal state," and "constitution" itself, as well as EU symbols such as the flag, anthem and motto "Strength in Diversity," although, as German Chancellor Angela Merkel said, "despite that I suspect the European anthem will be played and the European flag will fly. They just won't be mentioned in this treaty."

The existing EU charter of fundamental rights (54 articles on political and social rights in Europe) will be referred to in the treaty, rather than be reprised in full. It will not be binding on Britain, which had made it one of its "red lines" for agreeing the deal. 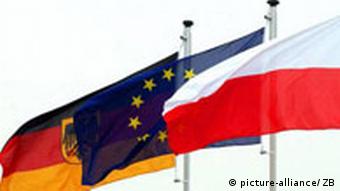 Poland's objections to the voting system almost torpedoed the summit

To overcome Poland's objection that the system would penalise it to the advantage of large states such as Germany, a compromise deal was hastily cobbled together under which the new system will not come into use until 2014 and will then by gradually phased in until 2017.

After that date if there are not enough states to form a blocking majority, but almost enough, then the measure can be re-examined.

The scope of decisions to be taken by the double majority voting system is extended to 40 new areas, mainly in the police and judicial fields. However Britain will be allowed an opt-in exemption on criminal matters and police cooperation. National vetoes will still be available for foreign policy, fiscal matters, and social policy among other areas.

A new post of President of the European Council (which comprises all EU national leaders) will be created. The president will be elected to a two-and-a-half-year term in place of the current system whereby the EU presidency rotates between member states every six months. The president will organize and chair summits.

The envisaged creation of an EU foreign minister post has morphed into an EU High Representative for Foreign Affairs and Security Policy, who will have the same powers to lead the EU's external affairs and will be a vice-president of the European Commission, the EU's executive arm.

The current practice of each member states getting a place on the European Commission, the EU's executive arm will end in 2014. After that the number of commissioners will be equal to two-thirds of the member states. The countries represented will changed by rotation.

The Dutch obtained a reinforcement of the powers of national parliaments which may demand, if a certain threshold is reached, that the European Commission re-examine a draft act which they judge it to impinge on their national competences.

Various provisions have been bolted on, including a reference to solidarity in the event of an energy supply problem, a point much sought by Lithuania and Poland, concerned at their own high dependence on Russian hydrocarbons. At the Netherlands' insistence, a reference to criteria for new EU members was added.

The European Union on Saturday reached agreement on a blueprint for a new treaty of reforms after striking a compromise with Poland following tense all-night talks at a crucial summit. (23.06.2007)

In arguing for Poland to receive more voting influence in a reworked EU treaty, Prime Minister Jaroslaw Kaczynski has said his own reform plan takes the number of Poles killed in World War Two into account. (21.06.2007)

EU In Agony After Constitution Fiasco

Europe agonized over the EU constitution's future Thursday after Dutch voters rejected it Wednesday. While some fear that the "no" could all but bury the treaty, most EU leaders said its ratification should continue. (02.06.2005)