EU to mediate in gas dispute between Ukraine and Russia

Moscow and Kiev may be approaching a gas deal ahead at key talks in Brussels. German Chancellor Angela Merkel has called on Kyiv to shoulder more responsibility in the dispute. 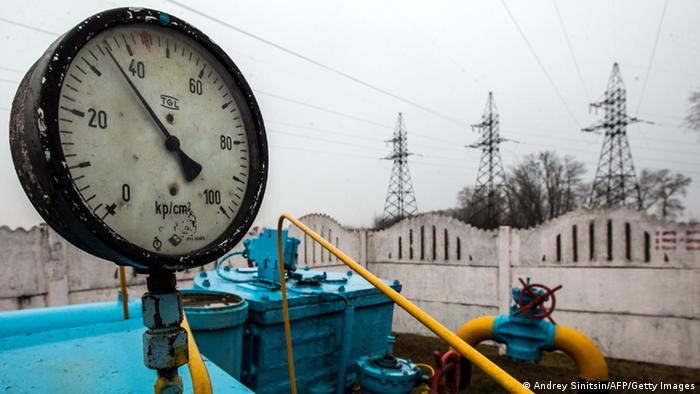 The European Union is set to host gas talks between Russia and Ukraine aimed at securing a payment deal and avoiding disrupting gas supplies this winter. Russian energy minister Alexander Nowak, and his Ukraine counterpart Yuri Prodan, are scheduled to meet in Brussels on Tuesday. The two sides still differ over how to calculate Kyiv's gigantic gas debt and the schedule for payments, and Moscow has expressed doubts about Ukraine's ability to provide the money. Also, it is still unclear how much gas Ukraine is to get from Russia, and under which conditions.

"The devil is in the details. I don't think that Russian gas will be delivered soon to Ukraine," a Russian government source close to gas talks told Reuters. European Energy Commissioner Guenther Oettinger, who has been working with both sides since May, will also mediate the Tuesday meeting.

Merkel calls on allies to help

German Chancellor Angela Merkel called on Ukraine's allies on Monday to help the war-scarred nation pay off its gas debts to Russia, while also calling on Kyiv for more responsibility in the gas dispute. "We're looking for a solution now, we don't have one yet and winter's already coming," said Merkel.

The EU gets a third of its gas supplies from Russia, half of that via Ukraine. Last week, Oettinger presented the results of a test that the EU carried out with neighboring countries to see how it would cope in the worst-case scenario of restricted gas supplies. Based on the results, Finland, Estonia, Macedonia, Bosnia and Serbia would be among those worst affected.

Previously, Russian President Vladimir Putin and the Ukrainian President, Petro Poroshenko, reached a preliminary agreement on a gas price until March 31, 2015, Poroshenko said. However, Ukrainian Prime Minister Arseniy Yatsenyuk accused Russia of delaying the deal with new requests: “A deal requires signatures, for now there are only talks," he said.


Moscow cut off gas supplies to Ukraine in June after failing to secure a deal on the unpaid bills and price, and pressure has been mounting on the former Soviet republic's leaders to reach an agreement before winter sets in.

Moscow and Kyiv have reached a tentative gas deal aimed at resuming Russian supplies to Ukraine ahead of the cold winter months. The EU-brokered talks in Milan followed a Russian warning of gas flow disruptions. (17.10.2014)

Putin, Poroshenko in spotlight on final day of ASEM summit

Russia's President Vladimir Putin is set to hold talks with his Ukrainian counterpart Petro Poroshenko at a summit in Milan. The pair are also scheduled to meet key EU leaders. (17.10.2014)