EU to give themselves new powers after WTO deadlock

Brussels might soon be able to bypass the US-crippled WTO to impose punitive tariffs on trade partners. The EU cannot afford to be "defenseless", said the bloc's trade commissioner Phil Hogan. 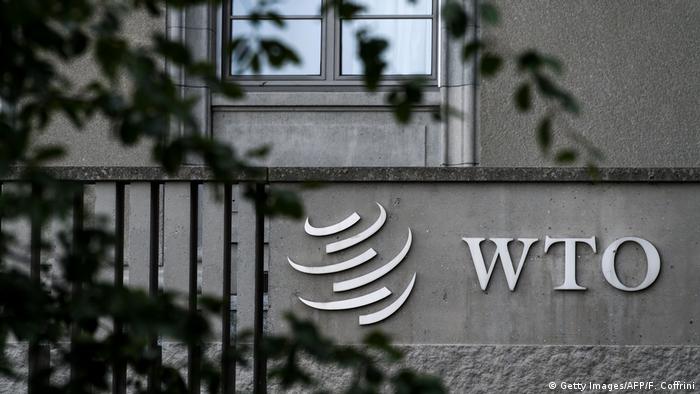 With the World Trade Organization (WTO) running out of judges, the European Commission on Thursday suggested giving the EU new powers in trade disputes.

The move would "allow us to defend our companies, workers and consumers whenever our partners do not play by the rules," said the EU Trade Commissioner Phil Hogan.

Currently, the EU would need to wait for a trade dispute to go through the WTO before issuing a response. With the US obstructing the WTO's appellate body, however, the global organization is now down to a single appellate judge — the minimum to hear a case is three by the body's own rules — and is unable to pass decisions. This effectively means that any dispute can be put on ice indefinitely by the losing side simply filing an appeal, as there are not enough judges to consider it.

Read more: What you need to know about WTO in trouble

The European Commission's proposal would give Brussels tools to bypass WTO.

"Whilst we seek to reform the WTO and re-establish a well-functioning WTO system, we cannot afford being defenseless if there is no possibility to get a satisfactory solution within the WTO," the Irish-born Hogan said.

The European Parliament and member states are set to consider the idea during this week's summit in Brussels.

Additionally, the EU has already suggested an interim WTO mechanism that could be used on a voluntary basis. Norway and Canada agreed to it, but it's unclear how many other nations intend to join.

Also on Thursday, a WTO official said that the organization's judges would stay on to complete three pending appeals. Another 10 are to be left for the new judges. The three cases that will be considered by the body include a dispute on Australia's packaging of tobacco products, Ukraine's claim against Russia's measures to limit import of railway equipment, and a conflict between the US and Canada on paper trade.