EU still undecided on whether to attend UN anti-racism talks | World | Breaking news and perspectives from around the globe | DW | 17.04.2009

EU still undecided on whether to attend UN anti-racism talks

Diplomats believe they have come up with a suitable compromise draft declaration ahead of next week's controversial anti-racism conference in Geneva, a senior UN official said on Friday. 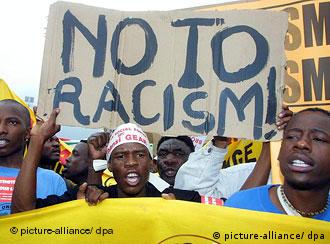 UN High Commissioner for Human Rights Navi Pillay said all disputed points such as references to Israel, Zionism and the Middle East had been deleted from the declaration. She added that she was confident that all parties would approve the reworked statement and decide to attend the upcoming meeting in Geneva.

"I feel very certain because this was so well deliberated by all groups that it will have an easy passage through the conference," she told a news briefing at the UN's Palais des Nations complex, where the April 20-24 conference is to be held.

Pillay said she therefore expected the conference to adopt the 17-page document.

References to the defamation of religions - another political hot potato - had also been deleted, Pillay said. She specifically thanked the Palestinian delegation for allowing a compromise. 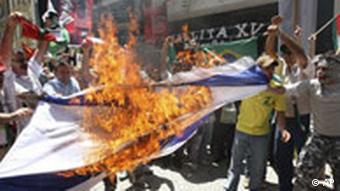 The conference, known as Durban II, has been plagued by discord, with Canada and Israel boycotting the event over fears that Muslim nations will focus exclusively on the Jewish state's treatment of the Palestinians.

Germany and other EU countries are also mulling shunning the UN talks amid concerns that the event may take on anti-Semitic overtones, a senior official in Berlin confirmed on Thursday.

Another government spokesman said that neither Germany nor the EU could tolerate participating in the conference if it becomes a platform for "one-sided comments on the Middle East conflict."

The US and Australia also objected to wording about Israel in an earlier draft declaration and said they were not planning to send any envoys to the five-day meeting, though US State Department deputy spokesman Robert Wood said on Friday that Washington was still weighing its options after viewing the recently reworked declaration. 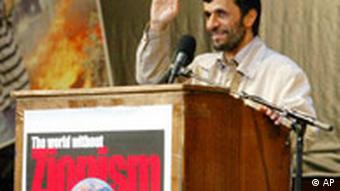 The US has raised objections to a push by Arab and Muslim states to include a condemnation of "incitement to religious hatred" and to make "defamation of religion" illegal.

It feels those moves are an effort to limit freedom of expression in the wake of the highly controversial Danish cartoons of the Muslim Prophet Mohammad in 2006.

A final decision on whether the US and European countries will attend is expected to come in the next couple of days.

Iran's president, Mahmoud Ahmadinejad, has already stated that he will attend. The Iranian president has come under heavy criticism for previously hosting a conference questioning the historical accuracy of the Holocaust.

This conference is to be a follow up to a 2001 anti-racism meeting in South Africa. Israel and the US walked out of that gathering after Arab and Muslim states attempted to add text defining Zionism as racism.

Israelis went to the polls on Tuesday, aware of ongoing sporadic rocket attacks from Gaza and after one of the briefest election campaigns in their country's history, cut short by Israel's war in the strip. (10.02.2009)

Tens of thousands of Hamas supporters celebrated "victory" in Gaza City, as the UN's top diplomat said the sights he witnessed during his tour of the war-torn strip Tuesday were "heart-breaking." (20.01.2009)