EU sets up public prosecutor office to crack down on cross-border financial fraud | Europe | News and current affairs from around the continent | DW | 08.06.2017

The EU has agreed to set up a public prosecutor's office for cross-border financial crime hitting the EU budget. The office will try to reap back 50 billion euros lost annually through lost sales tax or VAT. 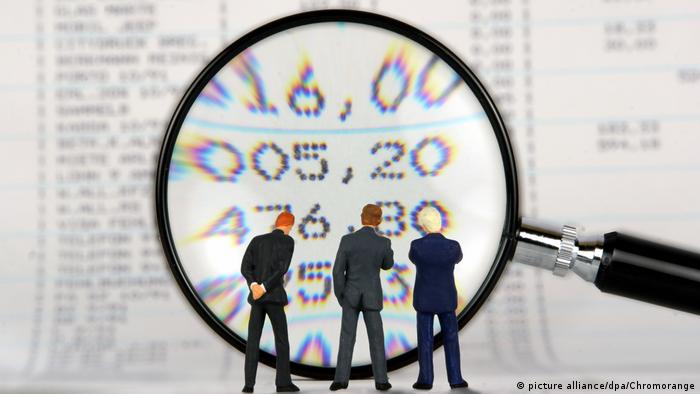 Twenty of the 28 EU members states agreed to participate in the new office, with Britain, Denmark, Hungary, Ireland, Malta, the Netherlands, Poland and Sweden opting out over concern the new office would interfere in their justice systems. They will be able to opt-in later.

Read: What does a multi-speed Europe mean for central and eastern Europe

The Luxembourg-based office will have the power to investigate and prosecute cross-border corruption or fraud with EU funds and cross-border Value Added Tax (VAT) or sales tax, fraud.

"This is a good day for the European tax payer," said Vera Jourova, EU Commissioner for Justice, Consumers and Gender Equality.

Currently, national authorities are limited because they can only investigate and prosecute EU-fraud within their borders. They also face hurdles investigating and prosecuting complex financial fraud cases that involve multiple member states.

The cross-border agencies European Anti-Fraud Office (OLAF), Eurojust and Europol are also limited because they do not have a mandate to conduct criminal investigations.

With the formation of the European public prosecutor's office, these other EU-wide organizations will have more resources freed up to deal with terrorism, human trafficking and other crimes.

The new European public prosecutor will have a central office coordinating and supervising at the EU level, with delegated prosecutors in each member state who will wear a "double hat" as they maintain their function as national prosecutors.

The goal is to enable the new office to act quickly and efficiently against financial fraud by avoiding lengthy judicial cooperation proceedings and streamlining investigations and information sharing.

If the new office brings criminal action it will go in front of national courts under the member's laws with evidence gathered in one member state admissible in all member states. In some cases, European-wide law will be applicable.

The new office must first receive approval from the European Parliament before it can go into effect.

Some 230 care home operators are thought to have created a systematic fraud network in Germany linked to the mafia, police say. Patients' rights groups say the government is giving organized crime a free ride. (30.05.2017)

The European Commission has proposed the introduction of collective eurozone debt and a joint fiscal budget, as it unveiled a raft of controversial ideas for strengthening the often dysfunctional euro currency area. (31.05.2017)

The EU's anti-fraud office wants Britain to repay billions in lost customs duties after failing to stop a Chinese import scam. False invoices were used to allow textiles and shoes to be imported without tax being paid. (08.03.2017)