EU regulators have rejected changes proposed by Google and aimed at settling a claim it abuses its dominant position in Internet searches. The rebuff follows new complaints by rivals Microsoft, TripAdvisor and others. 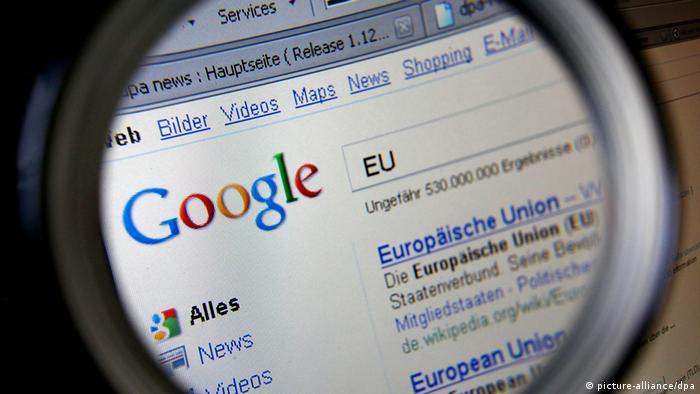 EU Competition Commissioner Joaquin Almunia said Tuesday that US Internet search giant Google must come up with "new solutions" to settle an anti-trust investigation in the bloc.

EU regulators were currently in contact with Google to see if the company was ready to offer solutions to "justified concerns" by competitors, Almunia said.

The EU launched an anti-trust investigation against Google in 2010, following complaints by Microsoft, TripAdvisor and other Internet companies that the search engine gives preference to its own services at the top of search result pages, especially when customers want to buy something.

In February this year, Google and the EU Commission agreed a set of changes that would give equal prominence to rival services. At that time, Almunia said he expected to wrap up the deal once the last competitor complaints were resolved and before the end of his mandate on October 31.

Google didn't elaborate on the latest development, but said it would continue to work with the Commission to resolve the concerns.

Under EU rules, a company found guilty of violating the bloc's anti-trust rules can be fined up to 10 percent of its annual sales. In Google's case this would amount to $5 billion (3.8 billion euros).