Facebook’s purchase of Whatsapp allows it to tap into a deluge of new user data. The merger could result in a new form of market dominance: 'data monopoly'. Now the EU Commission is set to examine the takeover. 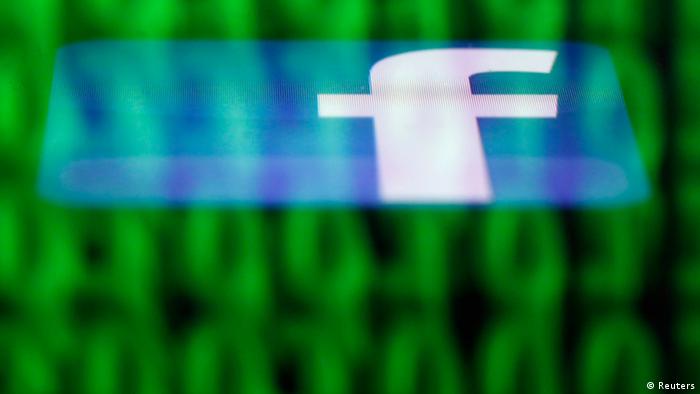 Facebook was prepared to fork out $19 billion (14 billion euros) for the comparatively small company Whatsapp. But the text messaging service is only small in terms of staff. If you look at the user figures, Whatsapp resembles quite a giant: 30 million users in Germany and 450 million worldwide. They all volunteer a significant amount of personal data - information that Facebook is keen to harvest given that this is what their business is based on.

The merger of two companies generally requires approval by the responsible anti-trust authorities. They examine the risks of a monopoly or undue price influence as a result of the merger. The same procedure appears to be ongoing now in the case of the Facebook/Whatsapp merger - spearheaded by EU Competition Commissioner Joaquin Almunia. According to media reports, the EU authority has in a first step contacted other internet companies to get their opinion on the takeover. Some of them reportedly indeed feel threatened by the combined market power of Facebook and Whatsapp.

A new form of monopoly 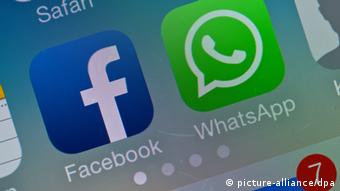 The Facebook/Whatsapp deal has already been approved in the US

It is the first time the EU is examining the merger of two social networks and it is faced with the challenge of determining whether Facebook has become a "data monopolist" with the Whatsapp takeover - a key issue for data privacy activists.

But it is also about answering the basic question of how you determine a monopoly in a market offering free "products". "In the past a monopoly was defined by whether a company was able to set prices that are far higher than its own costs," explains Daniel Zimmer, head of the Institute for Commercial and Business Law at Bonn University. But this procedure is void in markets where services are offered free of charge.

And yet the free service - the social network itself - is only one part of Facebook's operations. It also offers advertizing space to other companies. And the price tag for these spaces rises with the number of users. However, it is not just the sheer numbers that raise the price but also the advertizing effectiveness.

Pressure on users and advertizing customers

Advertizing customers favor websites that cater for targeted advertizing because this increases the likelihood that customers will indeed make a purchase. Companies such as Facebook, which collect and evaluate a deluge of data that includes the interests and preferences of their users, have a clear bonus in this context. "Data availability can be a huge business advantage. It gives a company a significant headstart on its competitors," says Zimmer, who also heads the monopoly commission advising the federal government.

Excessive advantage allows a company to set monopoly prices for its advertizing space offerings. The users in turn may feel pressurized to divulge more data due to the market power of the supplier. If a user feels he must be part of a certain social network, the company can effectively dictate the conditions for accessing it.

How much influence does the EU have? 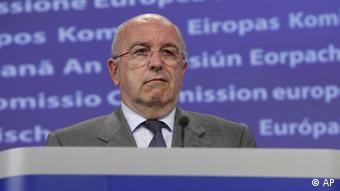 EU Competition Commissioner Joaquin Almunia is reportedly on the case

But do the anti-trust authorities have to look into this particular case? After all, nobody is forced to sign up to Facebook or Whatsapp. Apparently these networks are so successful because they offer the greatest added value. Daniel Zimmer says a probe is warranted if there are grounds to suspect the company is exploiting its market power to buy up and eliminate competitors. He thinks it makes sense to scrutinize the Facebook/Whatsapp merger.

Normally every EU member state would have to examine the case independently because any takeover with the potential to impact the market falls under the jurisdiction of national authorities. In the case of Facebook/Whatsapp German anti-trust laws failed to apply because Whatsapp - despite its numerous users - does not create enough turnover here for the authorities to launch a probe - other than in Spain, Cyprus and Great Britain. According to media reports that were not confirmed by the Commission, the EU body has now taken on the case to avoid three separate national probes.

But how much power does this body actually have? In the past EU objections in fact prevented mergers of US companies, says Zimmer. However, most cases result in the formulation of legal requirements for the merger to go through, for instance the sale of certain company segments to a third party. The EU Commission did not have any qualms when Microsoft took over Skype in 2011.

German Economy Minister Sigmar Gabriel has warned that US Internet giant Google could eventually achieve such a strong market position that breaking up the company may become an option. Google was not amused. (16.05.2014)