With reports circulating that Greece has repeated breached EU deficit limits in past years, the European Commission said Tuesday Greek economic data had been revised. The news may spell trouble for the euro's stability. 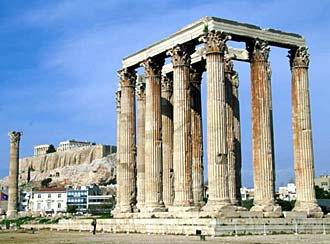 Just how stable are the euro's foundations?

Greece is facing heavy scrutiny over its budget deficit data after the Commission said Greek deficit figures had been revised. EU officials, however, declined to say whether Greece had been repeatedly in breach of the EU deficit limit -- 3 percent of gross domestic product (GDP) -- as reported in a German newspaper Tuesday.

"So I cannot myself release any figures at this stage," Thomas said, when asked about the report in Süddeutsche Zeitung that Greece had revised upwards its deficit figures for 2000, 2001 and 2002.

Greece is already facing disciplinary measures after posting an estimated deficit of 4.6 percent of GDP last year. It is on course for an even bigger deficit this year of 5.3 percent, according to the Greek statistics office. Last year's figure was revised sharply upwards after a new conservative government took office in Greece in March and ordered an audit of the budget figures reported by the previous Socialist administration.

Confirmation that the deficit figures for previous years have also been revised dramatically -- the Süddeutsche Zeitung spoke of changes in the order of two percentage points -- would be a major embarrassment for Athens. More seriously, it might also call into question the statistics used by Greece to enter the eurozone in the first place.

An EU source said those figures, covering the years 1998 and 1999, were not yet in doubt. But for the later years, "you might be surprised at the scope of the revisions," he said on condition of anonymity. The source said the revisions were caused by big discrepancies found in the Greek social-security surplus, which has been found to be far smaller than previously thought, and to defense-related expenditure.

The Greek government says the €7 billion (€8.5 billion) cost of this summer's Athens Olympic Games will also keep the deficit well over the EU limit.

EU finance ministers, expressing concern at the serial revisions to the Greek figures, asked the European Commission at a meeting in the Netherlands on Sept. 10 and 11 to draw up minimum standards for EU data by June 2005.

"The Council (of ministers) reiterates its view that the compilation and reporting of budgetary statistics must not be vulnerable to political and electoral cycles," the ministers said in a statement.

"In the case of Greece, it is of utmost importance to arrive soon at a clear and true picture of the situation and to draw the necessary consequences. The credibility of budgetary surveillance crucially hinges upon reliable fiscal statistics."

At a meeting in the Dutch coastal resort of Scheveningen, the EU’s finance chiefs discuss ways of reforming the Stability and Growth Pact that guarantees the solid course of Europe’s common currency. (Sept. 11, 2004)