The European Commission says Croatia has met all the conditions to adopt the euro common currency starting in 2023. The planned switch will come less than a decade after the Balkan country joined the EU. 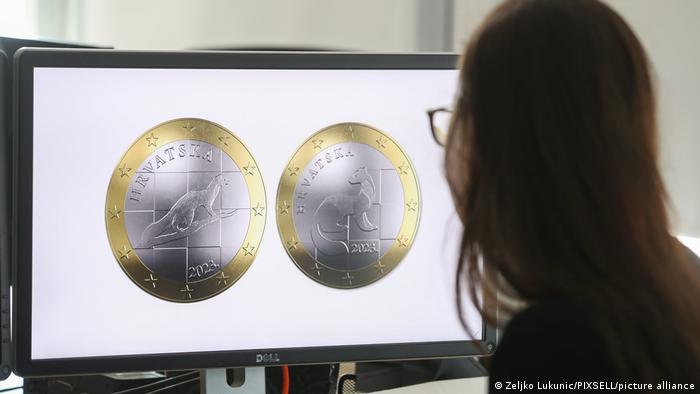 Croatia is set to adopt the euro currency from the start of 2023 after meeting all the criteria to join the eurozone, the European Commission announced Wednesday.

The switch will make Croatia the 20th European country to use the single currency.

"Today, Croatia has made a significant step towards adopting the euro, our common currency," European Commission President Ursula von der Leyen said in a statement.

Joining the single currency "will make Croatia's economy stronger, bringing benefits to its citizens, businesses and society at large."

The Balkan country's planned change to from its currency, the kuna, to the euro will come less than a decade after it joined the European Union.

While states joining the EU are obliged to use the currency, they do not automatically receive permission to do so. First, they must meet a range of legal and economic conditions, including having a low government deficit and stable inflation measured against EU benchmarks.

The European Parliament, as well as the bloc's 27 member states, still have to approve the commission's assessments. A final decision could be taken as early as July.

Croatia would then plan to replace the kuna with the euro from January 1.

Bulgaria is the next country seeking to join the eurozone, a goal it hopes to achieve by January 2024. However, eurozone members have voiced concerns about the long-term stability of the Bulgarian economy.