The EU agreed to resettle tens of thousands of refugees from overburdened southern European countries. The result has been meager, with a mere 133 people relocated from Italy, as Megan Williams reports from Rome. 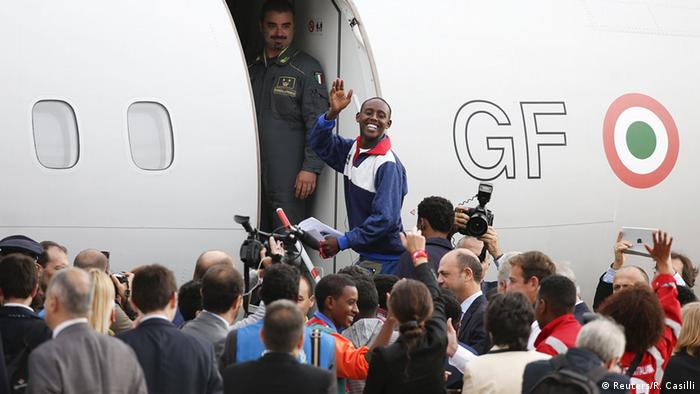 One warm fall morning at Rome's small Ciampino airport, 19 young Eritreans wearing jeans and winter jackets stood in a row, posing for a final photo in front of an Italian finance police plane.

Several meters away, cordoned off under an open hangar, a throng of journalists captured the historic moment: This was the first group of refugees to be resettled from Italy across 26 of 28 EU member countries.

The Eritreans filed up the stairs and disappeared into the plane; it then flew off to northern Sweden.

The day represented a triumph for Italy. After months of urging the rest of Europe to lend Italy a hand to help it cope with the tens of thousands stuck in here under the Dublin regulations - rules that stipulate asylum-seekers must make their claim in the EU country they first set foot in - finally a deal had been struck.

As the Italian and EU politicians at the airport send-off ceremony proudly repeated, in the next two years, 40,000 refugees from Eritrea, Iraq and Syria would be resettled from Italy throughout member state countries, helping share Italy's burden.

The only hint of a shadow came from Dimitris Avramopoulos, EU Commission for Migration, Home Affairs and Citizenship, who made clear the relocation program would not be a free-for-all. 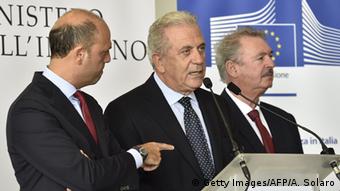 Avramopoulos unwittingly pointed to one of the plan's weaknesses

"They must know," he announced over a loudspeaker moments after the plane took off, "that it will be up to us to tell them where they will be relocated, and if they don't wish to do so, unfortunately they must know they must make their way back to their home."

"At this rate," says Riccardo Mattei, relocation coordination for the Italian government, "it will take until the end of this century to relocate all 40,000 refugees."

Mattei, however, defends the program, saying he and others are working hard to speed up the process, but have faced a number of challenges. For one, when the EU announced the program, the legal and bureaucratic structures to carry it out just weren't in place.

Now after the Paris attacks, some of the recipient countries are getting cold feet.

And, a major criticism of resettlement: The people fleeing conflict, who have had such little say in their lives in recent months, want at least the chance to decide which country they'll end up in.

Andrea Costa, coordinator at Rome's volunteer-run migrant center Baobab, says the lack of choice of destination country is a central flaw in the program.

"We thought resettlement could work at first, because it was a way to circumvent the Dublin regulations," he said. But, he says many Eritreans eligible for the program who pass through his center on their way to Germany or Sweden have refused to be fingerprinted after being rescued once they discover they have no say in where they'll be relocated.

"They could be sent in Hungary, Poland, Bulgaria … and we all know that Bulgaria and Hungary are not safe countries for refugees."

Indeed, two-thirds of asylum-seekers rescued south of Italy still refuse to be fingerprinted, preferring to make their own way north. Since May, Baobab Center, now set to be shut down by the city government due to terror concerns after the Paris attacks, has housed, clothed and fed some 35,000 of them.

Simona Spinelli, head of the migrant relocation, acknowledges it's an issue, but says its importance has been overblown. She says refugees do get asked their country of preference, though it's made clear to them there are no guarantees. And, she adds, no pressure is put on them to be fingerprinted and become part of the program. 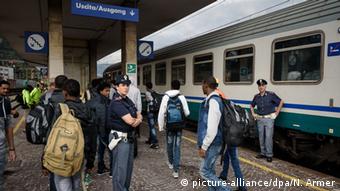 Concerns about security have made some countries wary of accepting refugees

"We're slowly building trust," she says, both among the refugees and the recipient countries. "We've only had two months of running [this program] and I'm satisfied. But we're moving ahead very cautiously."

Spinelli says the low numbers of people being relocated from Italy are more due to choppy winter seas, when few risk the crossing from Libya. Ironically, though, she says the extremely high degree of risk - more than 3,000 have lost their lives crossing this year alone - means that would-be terrorists are deterred from coming this way.

"The criminal element won't risk following the route of the Mediterranean," she says. "In reality, terrorism affects migrants mostly, because they don't want to flee their own countries to move to another country where there's also terrorism."

Despite checks and assurances by Italy that potential terrorists are not among those being relocated, the issue of control is a thorn in the side of some recipient countries.

Germany, which will take in about a million refugees by the end of 2015, and France were the main advocates of the program. However, resistance to taking in refugees remains as strong as ever in Slovakia, Hungary, Romania and the Czech Republic. They all opposed the plan, but were outvoted under the EU's qualified majority rule that for the first time was applied to such a divisive issue. 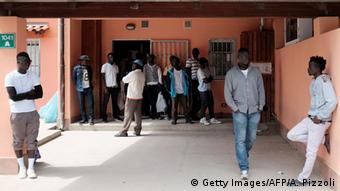 To make matters worse, in early December, Slovakia, which is required to take in 802 people, filed a lawsuit against the EU over the relocation program. The European Court of Justice in Luxembourg is unlikely to decide in Slovakia's favor, but it's a tactic to temporarily throw a wrench into the works. Hungary, too, plans to challenge the program. In late November, its parliament approved a bill allowing Prime Minister Viktor Orban to challenge the relocation mechanism in court, which he, too, is expected to do.

Despite the snail's pace with which refugee relocation is being rolled out, Riccardo Mattei insists the program is working, if for no other reason than as a way to keep human traffickers out of the equation.

"Stopping relocation won't stop migrants from arriving," he says, "but it will cut out human traffickers and give the impression of a fairer distribution."

"Remember, this is an experiment."