EU pushes quotas to get women into Europe's executive suites 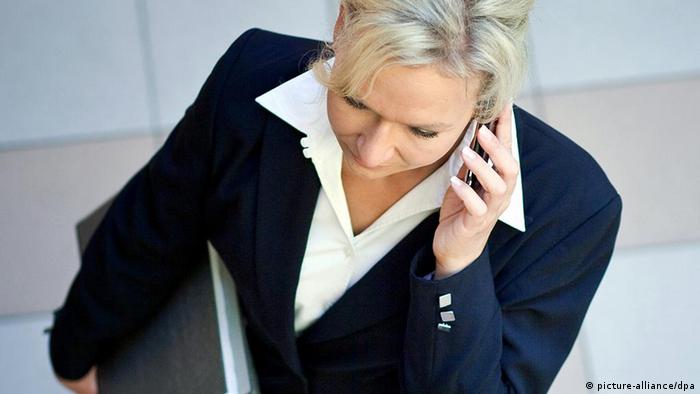 Legislation obliging EU countries to introduce quota systems that require more women in executive positions could see the light of day by summertime, according to the EU's justice commissioner.

Now Viviane Reding has given companies until the end of May to provide their input on the matter, after which the EU executive will decide what steps to take to bring about change.

"Personally, I am not a great fan of quotas," Viviane Reding said on Monday. "But I like the results they bring."

Across the EU, only 13.7 percent of executives are women, she added.

Last year, Reding called on European firms last year to voluntarily increase the number of executive women, but the results were meager. Only 24 companies - none of which were German - joined her pledge to bring the percentage of top female managers to 30 by 2015 and 40 percent by 2040.

Since France introduced a law forcing large companies to reserve at least 40 percent of their boardroom positions for women in 2011, the proportion of women in those jobs had risen from 12 to 22 percent, she said.

"Where there are legal regulations, there is progress," Reding noted.

Germany does not have a quota to ensure women are well represented in top management jobs. Last year, Berlin called on companies to voluntarily increase the numbers.

Around eight percent of the management positions in companies listed on the German stock market are held by women.

An EU study published on Monday showed that three-quarters of the bloc's citizens believe that women with the same qualifications as men should have equal opportunities to assume top jobs. Eighty-eight percent say that it is unacceptable that women are underrepresented in Europe's executive suites.

The EU says that at the current rate it would take at least 40 years for women to hold 40 percent of the positions on management boards.