EU proposes new tax to get tough on banks

The European Commission has announced a new proposal to make banks pay for their own bailouts in the future. Instead of a transactions tax, the EU has now put forward a Financial Activities Tax to support governments. 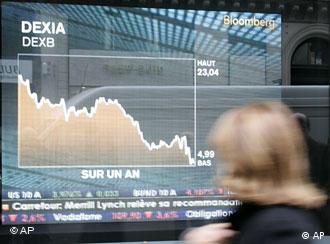 A European Union tax on bank profits and remuneration could raise as much as 25 billion euros ($34.97 billion) annually for cash-strapped governments to repair their economies, the bloc's executive said on Thursday.

The European Commission was outlining its ideas for a Financial Activities Tax (FAT), saying banks were "under taxed" and should contribute to rebuilding economies they damaged.

But it is unclear whether any activities tax can be introduced, as tax is governed by national governments in the EU and talks between governments on any EU-wide tax could take years to produce results.

The Commission was advocating FAT as an alternative to a tax on financial transactions such as stock and bond trades, as called for by Germany and France. EU Tax Commissioner Algirdas Semeta said an activities tax would make the sector more stable, raise more revenue and tax financial services more fairly as they are largely exempt from value added tax. 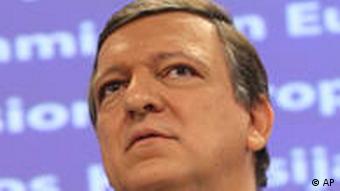 The EU Commission has backed the FAT alternative

But Semeta added that this idea should only be introduced on a global basis so as to avoid business shifting elsewhere. This type of transaction tax is often referred to as a "Tobin Tax" after US economist James Tobin who proposed it in the 1970s.

A FAT on total remuneration and profit could raise 25 billion euros for a tax rate of 5 percent, the Commission said, while one industry publication has calculated that European banking profits totalled 93 billion euros in 2009.

Dorothea Schaefer, research director for the financial markets for the German Institute for Economic Research, explained that there were other arguments behind the Commission's decision. "The idea behind it is this: before the financial crisis, a lot of financial transactions were executed that were perhaps unnecessary – the financial sector basically traded with itself,” she told Deutsche Welle. "And if you introduce a tax on each of these transactions, you hope to curb this excessive trade. That is one motivation for it."

The perils of High Frequency Trading

Schaefer also said that the tax could be a means to slow down the rate at which computers are dominate financial transactions. "We now have electronic trading, or so-called High Frequency Trading, where computers execute additional transactions in a matter of seconds in order to make minimal profits," she said. "The idea is that if we introduce this transaction tax, then it would simply stop, because the profits are so minimal that this is no longer viable."

The problem with HFT is that it is so opaque, often taking place outside official stock markets. At the same time, it has become quantitatively very important. On the New York stock exchange, for instance, it has been estimated that 40 percent of trading is carried out purely by computers. HFT has also been linked with the volatility in the stock markets, where large dips in stock value are followed by an accelerated increase in value.

"The transaction tax was not conceived specifically in order to curb HFT, but simply to limit the volume of trade a little." said Schaefer. "But it was noticed that it could be used to stem HFT."

"What they want to do with this transaction tax is to limit transactions that have no real economic benefit for the investors," said Schaefer. "But personally I am very skeptical. Firstly because most investors are private, and this tax will definitely be passed on. I am certain that we will pay for it, for example through fees for pension investments." 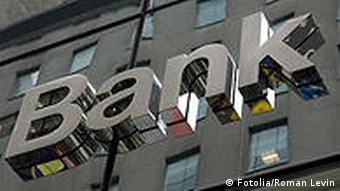 "Secondly, I think it won't have much of an effect when one country does it alone," she said. "I really think we need an international consensus for this, and that won't happen, so I think this tax does not have much chance."

In a statement, the commission said that a transaction tax "appears less suitable for unilateral introduction at EU level, since the risks of relocation are high and would undermine the ability to generate revenue. There is greater potential for a financial- activities tax at EU level."

But while it could take a while before an EU-wide tax is imposed, EU states including Britain and Germany are planning a national levy on bank balance sheets to pay for future bailouts. Semeta said all the bloc's tax moves should be coordinated to avoid overlaps.

EU finance ministers and leaders will discuss Semeta's ideas later this month ahead of "policy initiatives" next year. EU leaders agreed in June that the bloc should lead efforts to set a global approach for introducing systems for levies and taxes on banks.

The Association for Financial Markets in Europe (AFME) said the financial sector remains a major contributor to tax revenues through corporate and employment taxes on the hundreds of thousands of people that it employs.

"Tax is not a regulatory tool and it should not be used as a substitute for effective financial regulation," an AFME spokesman said.

Two years ago, the US financial crisis reached a tipping point with the crash of Lehman Brothers investment bank. Since then, governments have thrown billions of dollars at the problem. What lessons have been learned? (14.09.2010)

Germany has made market reform a priority issue at European and global policy meetings, leading by example with new regulations on the financial sector. But not everyone thinks Berlin's can-do approach is effective. (13.07.2010)

Despite being rejected by the G20, France and Germany are pressing for a discussion at the next meeting of EU finance ministers on plans to introduce a tax on financial transactions in Europe. (10.07.2010)