Like Russian President Vladimir Putin, US President Donald Trump would like to see the European Union disintegrate. Trump's expected pick for ambassador to the EU is a strident opponent of European supranationalism. 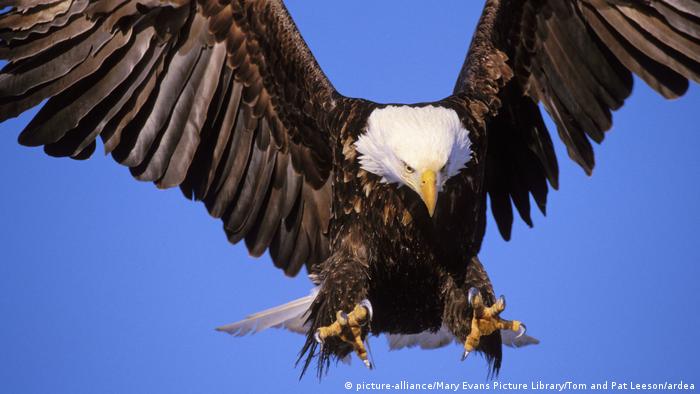 Speaking to a group of scholars at a public policy institute in London, Guy Verhofstadt said the EU is facing a three-pronged attack from radical Islamists, Russia's Vladimir Putin and now US President Trump.

"I have just come back from US and my view is that we have a third front that is undermining the EU... and that is Donald Trump," Verhofstadt said in a speech at the Chatham House think-tank.

Verhofstadt was the prime minister of Belgium for nine years, and has been a member of the European Parliament since 2009.

He said that the European Union had severe problems, saying it was in a "poly-crisis", but nevertheless argued that the solution was for greater co-operation between states.

"A disintegration of the Union would be a disaster ... not only for Europe but also I think for our allies and for the world."

Besides Trump, he also cited the battle against "Islamic State"-backed terrorist attacks in Europe going back to Madrid in 2004, with subsequent attacks in London, Paris, Brussels and, most recently, Berlin.

He said Putin "is trying to undermine the European Union from inside with cyber attacks," while also financing right-wing extremist parties in the Netherlands and France.

"Well," he replied, "I had in a previous career a diplomatic post where I helped bring down the Soviet Union, so maybe there's another Union that needs a little taming."

What, if anything, Malloch actually did to contribute to the collapse of the Soviet Union in 1991 is unclear. From 1988 to 1992, he was a deputy executive secretary at a small UN agency, known as the Economic Commission (UNECE) for Europe in Geneva. The UNECE pushes for economic cooperation among its members and has a modest budget of $50 million (47 million euros).