Europe is one step closer to ending the twice-yearly practice of changing the clocks after the European Parliament voted in favor of a ban. Now, it has to find a compromise with each EU member state. 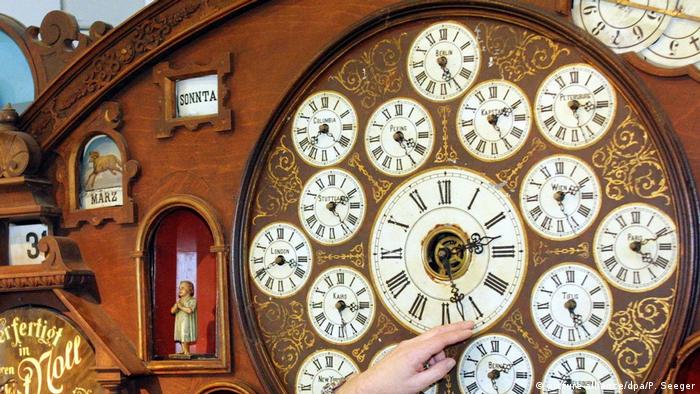 The European Parliament on Tuesday voted with a large majority to end daylight savings time in the EU by 2021.

Under the proposals, each member state would decide whether to continue with twice-a-year clock changes or stick permanently to summer or winter time.

All 28 member states would need to inform the European Commission of their choice ahead of the proposed switch, by April 2020. They would then coordinate with the bloc's executive so that their decisions do not disrupt the functioning of the single market.

Last year, the European Commission proposed abolishing the seasonal clock change after an EU-wide online poll showed overwhelming support. It has been accused, however, of rushing through the vote ahead of European Parliament elections in May.

Some 3 million of the 4.6 million survey responses came from Germany, leading to complaints the European Commission wanted to impose German will on the other states through sheer populism.

Russia switched to permanent summer time in 2011 in an attempt to improve citizens' well-being but shifted to permanent winter time three years later after public complaints.

Opinion: Hitler changed the clocks – Let's change them back

On Sunday morning, in almost all of Europe the clocks will be set back one hour. It could be the last period of winter's standard time in the EU. Good riddance, says DW's Ralf Bosen. (27.10.2018)