Migrants in Bosnia were left homeless in freezing conditions. EU officials ambassadors pointed out that "significant" financial support was given to Bosnia for humanitarian commitments. 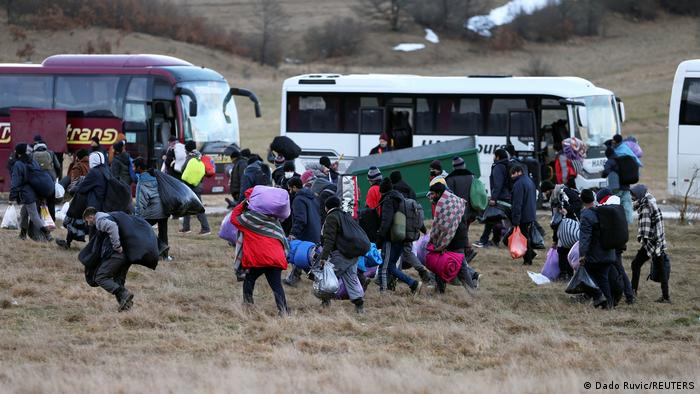 Migrants walk towards the forest after the Lipa camp closed

The EU Special Representative to Bosnia and Herzegovina (BiH), Johann Sattler, along with the Austrian, Italian and German Ambassadors to BiH met with Bosnia's minister of security, Selmo Cikotic, on Saturday to discuss the living conditions of homeless migrants in Bosnia.

The migrants were left homeless in freezing conditions since the Lipa camp near the northwestern town of Bihac burned down last month.

"The situation is completely unacceptable. Lives and basic human rights of many hundreds of people are seriously jeopardized. Bosnia and Herzegovina is party to international human rights instruments and needs to live up to its obligations, as an aspiring EU member," said Sattler.

The ambassadors called for "humane living conditions" such as water and electricity at the provisional camp site. They also called for a fully equipped camp at the location and a long-term solution.

In the meeting, the ambassadors pointed out that the EU provides "significant support" of around €85.5 million ($103.7 million) to Bosnia and Herzegovina to meet its "humanitarian responsibilities" and assist the 8,500 migrants and refugees in the country. 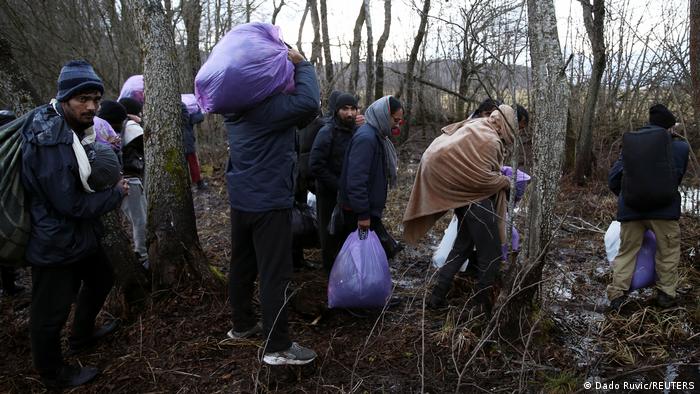 They also called for the re-opening of the Bira camp, until the Lipa camp was fully equipped. However, Bosnian officials have opposed the decision to open the Bira camp.

The Lipa camp has repeatedly been criticized for its "inhumane" living conditions. It was opened as a temporary shelter for the summer months and was due to be shut in the last week of December for winter refurbishing.

The EU, which has supported Bosnia with €60 million ($73 million) to manage the crisis and pledged €25 million, has warned of an impending humanitarian crisis in the country.

Nearly 10,000 migrants from Africa, Asia and the Middle East are stuck in Bosnia, with many seeking to cross the border into neighboring Croatia, an EU member.

Plans to move hundreds of migrants from the fire-damaged Lipa camp to new accommodation stalled after protests from local residents. The failed transfer means they're now stranded in the cold with little shelter.