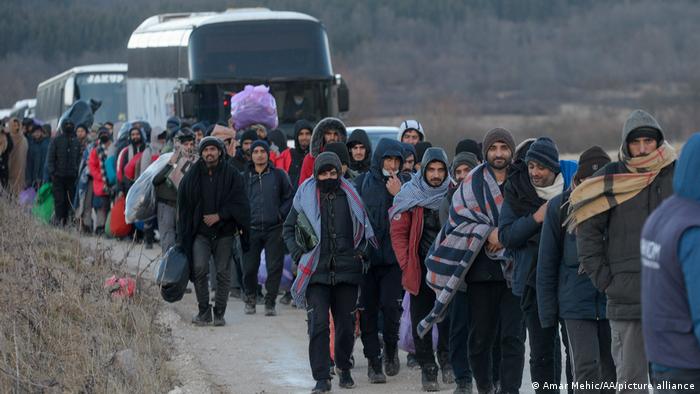 Migrants line up to board buses at the Lipa camp

After enduring days of snow in squalid conditions, migrants began evacuating from the Lipa camp in Bosnia-Herzegovina on Tuesday.

Local media reported that groups of them boarded buses and were waiting to leave the infamous site, which is located near the Croatian border.

However, it remained unclear if the evacuation was going ahead.

Earlier on Tuesday, Bosnian Security Minister Selmo Cikotic said authorities had reached a "preliminary" decision to eventually rehouse the refugees at an old military site in the town of Bradina, some 40 kilometers (25 miles) southwest of Sarajevo.

He warned there was still opposition from some elements of the Bosnian state apparatus, which is divided along ethnic lines and often in conflict. 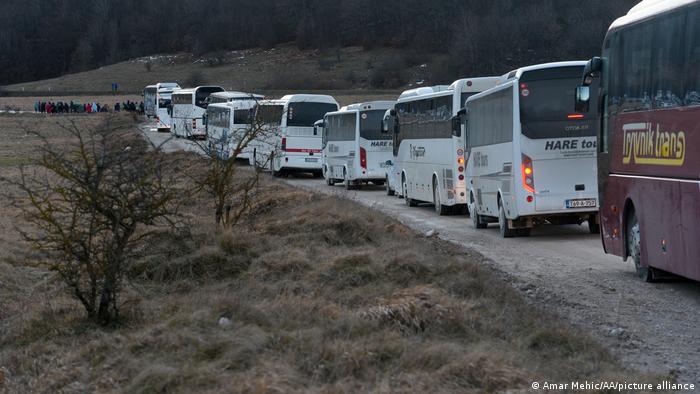 The migrants have been boarding buses, but their journey might not go ahead

"There is certain resistance on all levels," he was quoted by the local Klix new outlet as saying. "Migrants are people who live in our area and are unwanted wherever you want to put them."

Later, Finance Minister Vjekoslav Bevanda directly contradicted Cikotic, saying that no decision had been made.

"It doesn't exist, even if you call it 'preliminary'," Bevanda said.

Senior UN official Peter Van der Auweraert said the migrants were most likely set to spend the night in buses.

Cikotic described the Lipa situation as an "acute humanitarian crisis" and said the residents should be placed in structures where they can "get warm, fed, and have minimal conditions for hygiene."

After the announcement, some locals in Bradina rallied in protest against Cikotic's plan to relocate migrants to the area, according to the daily Oslobodjenje.

Activists and refugee officials have long slammed the conditions in Lipa as lacking in even basic infrastructure and facilities. The camp was set up as a temporary solution in April, with authorities not providing water or electricity. Although officials promised to fix these problems, they have so far failed to do so.

Cikotic said that migrants would be returned to Lipa in the spring, after the camp is rebuilt in order to meet the necessary standards. 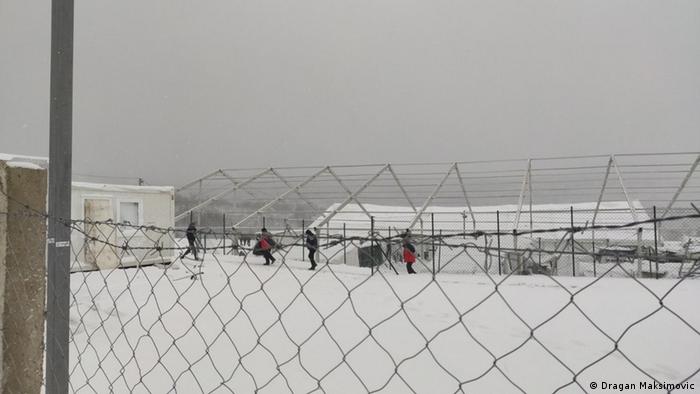 On Tuesday, Balkan regional director for the humanitarian agency Care International Sumka Bucan said the conditions in Lipa were "inhumane" — both for some 1,300 camp residents and 2,000 others who were sleeping rough outside the camp. Some of the residents were still wearing sandals in the snow, she said.

Last week, the International Organization for Migrations (IOM) announced it would no longer be running the camp, in a bid to pressure the Bosnian government to close it. A fire allegedly started by the residents themselves then broke out on site, with the flames damaging tents and other improvised shelters.

The case of Lipa evoked parallels with another squalid camp, set atop an old garbage dump Bosnia's Vucjak, which was cleared out after an international outcry last December.

Japanese authorities urged residents in the Hokkaido and Aomori regions to take cover. The missile is believed to have landed in the Pacific Ocean, the government later said.