EU must reintroduce visas for US citizens, say European lawmakers

European parliamentarians have issued a deadline for Brussels to impose visas for American citizens. Lawmakers have criticized mandatory US visa applications for citizens of Bulgaria, Romania, Croatia, Cyprus and Poland. 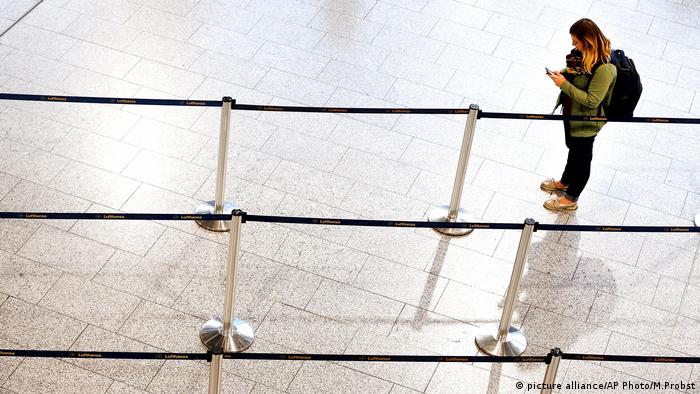 Summer bookings to Turkey by German holidaymakers are down by more than half after a spate of bombings, with tourists instead heading to Greece and Egypt, according to German market researcher GfK.

Emmigration from Bulgaria and Romania to the UK hit record levels in the year up to 2016. But researcher, Heather Rolfe, told DW that London's plans to reduce immigration levels could have negative economic consequences. (25.02.2017)

Law courts are busily debating US President Donald Trump's travel ban but so too is the tourism sector. Will it deter holidaymakers or will they continue traveling to the US despite the new leadership? (15.02.2017)

The European Parliament on Thursday called on the EU's executive body to reintroduce visas for US citizens "within two months," citing Washington's failure to provide full visa reciprocity.

By a show of hands, parliamentarians passed a resolution demanding that the European Commission impose visas by May, ahead of the traditionally busy tourist season.

"The lack of visa reciprocity affects at least 14 percent of EU citizens, namely the citizens of Bulgaria, Romania, Croatia, Cyprus and Poland as well as some EU citizens with dual nationality," said ALDE group Vice President Filiz Hyusmenova in a statement following the vote.

"It is high time for the commission to show administrative will and political strength, not only for defending those citizens' rights, but also for reinforcing the strength and unity of the European Union on the international scene," she added.

However, a similar parliamentary attempt in 2014 fell to the wayside after Brussels allowed a deadline to pass without a response.

"We will report on further progress made before the end of June and continue to work closely with both the European Parliament and the Council," said a European Commission spokeswoman.

European officials said they hope to resolve the issue at an EU-US ministerial meeting slated for June 15.

Brussels has been hesitant to re-impose travel restrictions for Americans, who comprise a large segment of tourists and business travelers to the 28-nation bloc.

The Allgäu is one of the most popular holiday regions in Germany. It stretches from the Danube to the Alps and its attractions include Neuschwanstein Castle and spectacular untouched landscapes. (20.01.2017)