EU migration for brighter future | Germany| News and in-depth reporting from Berlin and beyond | DW | 05.03.2014

The Gogan family moved from Romania to Germany via Italy. Like many other EU immigrants in search of better opportunities, they've discovered starting over isn't always easy. 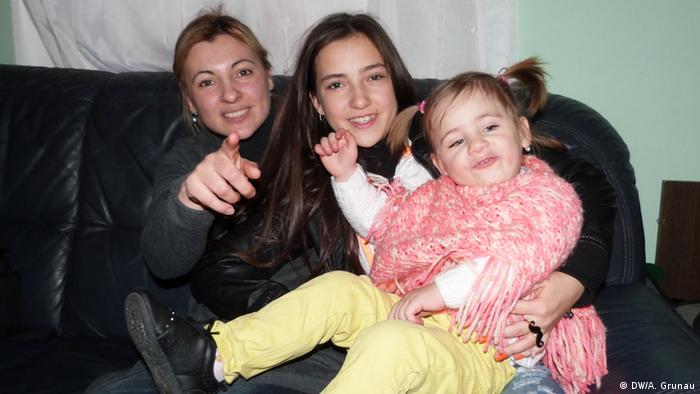 Denisa Gogan (center) preferred living in Italy, but the 14-year-old will only admit that if you ask her directly. Her family originally comes from Romania. For several years they lived in Parma, Italy, where she went to school. Everyone was very friendly, she said. But at Denisa's school in Dortmund, where the family has been living for the past three years, she's had some problems with her classmates. "They say all Romanians are gypsies."

The family left Romania because they didn't have enough money to survive, said Denisa's mother Mihaela Gogan. "You can't support your family on such low wages. It's especially hard if you haven't studied, but even those who are studying struggle to make ends meet."

The Gogans chose to move to Italy because it was easier for them to communicate in the Romanic language. Mihaela decorated shop windows and her husband Radulescu worked in a dog boarding kennel. But when the economic crisis hit, work in Italy dried up. They decided to move to the country with the most stable economy in the EU: Germany. In 2011, they arrived in Dortmund in North Rhine-Westphalia. 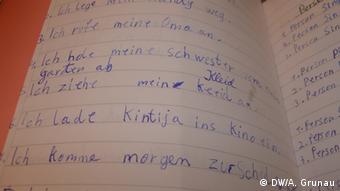 Denisa now has to do her homework in German

"We didn't come to get social benefits," said Mihaela. "We came to integrate ourselves and work to give our children a better life." Since 2012, her husband has had a travel-trade card and supports the family with his mobile scrap metal business. He could have worked in a baked goods factory, he said, but under the freedom of movement restrictions, as a Romanian, he needed a work permit. When he wasn't granted the permit, he began selling a street magazine for the homeless and unemployed in Munster.

Journalist Bastian Pütter has gotten to know many EU immigrants living in Dortmund. "These are people who bring everything with them. They are intelligent, friendly and have family," he said. "They aren't isolated or addicts like many others we deal with here." Pütter is the editor-in-chief of "bodo," a street magazine covering Bochum, Dortmund and the surrounding area. His publication was originally sold mainly by homeless people, but today the sellers are also EU immigrants. "We were met with a lot of indignation from people who were against it," he said.

Pütter is one of the founding members of a local integration initiative called "Friends of New EU Residents and Roma." The group aims to lobby on behalf of immigrants who have encountered intolerance and rejection in their new environment.

Mihaela Gogan says she's often been on the receiving end of discrimination. Many people would have "rolled their eyes" if they had seen their Romanian passports, she said. The first years in Germany were difficult for her family, not least because of the bureaucratic hurdles. In 2011, she fell pregnant with twins, but one of the babies died in her womb. She suffered blood poisoning and spent an extended period in hospital. Her daughter Sara was born premature, but survived. 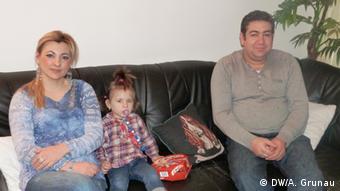 However, the family couldn't prove they had health insurance, and were ordered to pay more than 80,000 euros ($110,000) in hospital bills. A collection agency was appointed to recover the money, and in the end Radulescu Gogan had to travel back to Romania to arrange for the issue of a European Health Insurance Card.

The family also had problems getting access to child support, a benefit to which all EU citizens in Germany are entitled. The authorities always demanded new documents, said Mihaela. It wasn't until 2013, thanks to help from a counseling center, that she was finally able to submit an application to receive child support payments. The application was approved while DW was investigating for this story in Dortmund. After almost two years, the hospital costs were also eventually offset by Romania. But the family now has a debt of more than 7,000 euros because of accumulated interest.

Birgit Zoerner, a Social Democrat and social welfare councilor for the city of Dortmund, has long been calling for a central office to clarify health insurance questions to be set up. For years they've been dealing with the implications of EU immigration, she complains. In 2013, each month about 110 new arrivals from Romania and Bulgaria moved to Dortmund - the most populous city in the Ruhr region. Among them were well-qualified people who adapted quickly to their new home, as well as many who came from precarious situations.

In Zoerner's view, cities like Dortmund have a responsibility to address employment, health, education and housing - issues that might have been neglected in the EU accession countries many new immigrants come from. The politician heads a working group on immigration from Romania and Bulgaria at the German Association of Cities. She is demanding the federal government in Berlin provide urgent help to cover the costs of integration, such as medical care, counselling or labor market initiatives.

The need for federal help was also included in the coalition agreement signed by teh conservative CDU/CSU and the Social Democrats in 2013: "We recognize the burden on local authorities in coping with their responsibilities." However, Zoerner says they are yet to receive any money from Berlin, and hopes "it happens very quickly because we can't keep waiting forever." She says the fierce debate about welfare fraud by migrants in the EU is nothing more than a red herring "that's not the heart of the problem at all."

Better opportunities for the next generation

"We don't want any help from the German government, we just want to be accepted," said Mihaela. "I want my children to be accepted like all the other children." It's been difficult for the family, she notes, "but my daughter goes to school here and has settled in. We hope that it will be better for them."

Dortmund journalist Bastian Pütter has seen many other immigrants with the same positive outlook. "This is the place where they want to see their children grow up. Many see themselves as part of a lost generation, but their children will learn the language, go to school and get trained in a profession." 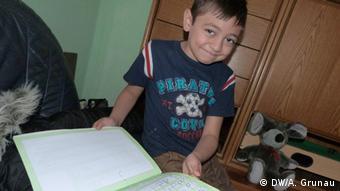 Darius is excited about school in Germany

It's often difficult for low-skilled migrants to enter the labor force, said Zoerner, adding that one solution could be publicly subsidized employment. One in eight people in Dortmund is unemployed. But Zoerner believes things are looking up for the next generation, "if children are consistently here at school and then begin their training… This is why change can only happen over generations. It's not something you can fix overnight."

Despite the occasional name-calling, Denisa enjoys going to school. She doesn't pine so much after Italy, especially when sport, art or textiles are on the class schedule. Her cousin Darius, 6, has started school in Dortmund last fall. Learning is fun, he says, proudly showing off his new backpack and notebooks. The first grader has already decided what he wants to be when he grows up - he wants to be a policeman.

Does the German social welfare system contravene European law? The EU seems to think so. It has made a statement regarding the rights of migrants that has caused quite a stir in Germany. (11.01.2014)