EU lobbyists wield their influence in Brussels | Europe| News and current affairs from around the continent | DW | 18.02.2013

In the European Union, political leaders are responsible for making the weighty decisions. Behind the scenes, thousands of lobbyists scramble to influence those very policies. 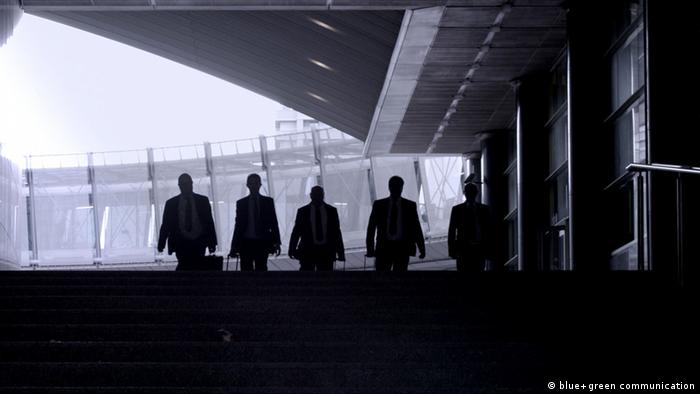 Just a few days ago, European Union leaders reached an agreement on their 2014-2020 budget after an exhausting 25-hour negotiation session. Elected officials conducted the negotiations in a public and transparent manner, as much as possible, and the media reported the news extensively. EU citizens had the feeling that they were getting the full picture.

There is, however, a shadow world within the union where decisions are made far away from plenary sessions and official conferences, a world ruled strictly by special interests: the parallel universe of the lobbyists.

Their influence is not to be underestimated. Former Austrian interior minister and European lawmaker Ernst Strasser resigned as a member of the European Parliament in 2011 and was handed a four-year prison term for bribery in January after being caught on camera offering to amend European legislation in exchange for cash. Reporters had secretly filmed a string of meetings with Strasser. 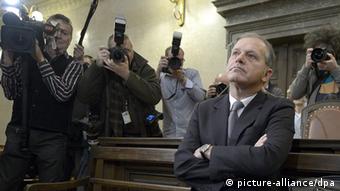 The Strasser case showed that corruption existed at the very top

Interplay of business and political power

The meetings with Strasser are part of the documentary "The Brussels Business," a film about the influence of lobbyists on the decision-making process in the EU.

For four years, Austrian director and producer Friedrich Moser and his partner Matthieu Lietaert gathered material for what they called their "glimpse into the Brussels black box." They wanted to find out who really pulls the strings in Brussels: the democratically-elected governments and their representatives, or managers of the major corporations and think tanks?

Strasser's case was clear-cut: lobbying is forbidden for EU parliamentarians. But for the most part, lobbying is perfectly legal in Brussels, and has been active for years.

Lobbyists in Brussels are very influential, Moser told DW. Often enough, they are the people with the expertise. "The European institutions - mainly the Commission but the Parliament, too - are understaffed," he said. "They do not have the personnel to come up with their own expert opinions."

There is a certain dependence on think tanks and political experts, he added. "The Brussels Business" shows how ideas launched by lobby groups for the strategic direction of the EU end up appearing in official EU documents, almost word for word. 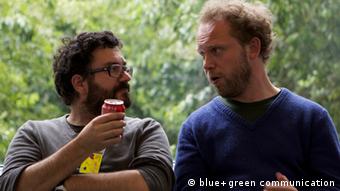 With an estimated 20,000 lobbyists vying for a foot in the doors of power, Brussels has the second-highest density of lobbyists after Washington.

In the three to four- square kilometer area around Robert Schuman Square, the EU Commission, the EU Council and Parliament rub shoulders with the offices of lobbyists who work for major companies like British Petroleum, tobacco giant Philip Morris or chemical firm BASF. According to the Corporate Europe Observatory (CEO) research group, more than 1 billion euros ($1.33 billion) is currently spent on enterprise lobbying.

What lobby groups regard as a legitimate representation of interests is a deceptive race for attention and influence in the eyes of many NGOs. Last week, European ombudsman Nikiforos Diamandouros opened an inquiry into how the European Commission implements its rules concerning conflicts of interest in "revolving doors" cases following a complaint from the CEO, Greenpeace, Lobbycontrol and Spinwatch.

"Five out of 13 commissioners from the last Commission moved on to lucrative jobs in private business," said Nina Katzemich of Lobbycontrol, speaking to DW. The group is highly critical of such procedures as it allows "well-heeled lobbyists insight into how the EU works and gives them direct access to senior officials in the system." 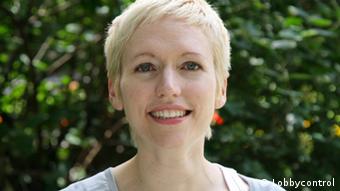 Diamandouros' investigation of the "revolving doors" cases comes at a time when the EU has not recovered from the Dalli scandal. Former European health commissioner John Dalli was forced to resign over a bribery case involving EU tobacco rules last year.

"I am an intermediary," Kerneis said in an interview in "The Brussels Business," adding that lobbying is often regarded as dirty work. "But it's just about networking and contacts between people."

Filmmaker Moser agrees that lobbying is part of the democratic process; lawmakers, he said, need first-hand information to decide on the economic or social issues with which they are confronted. But he warned of the danger of corruption, when money passes hands and rules of fairness and transparency are no longer observed.

"Brussels has that problem," he said. Moser said regulations are much stricter in the US, where lobbying is an established part of the political process and quarterly reports of lobbying activities are the rule. Which lobby met with which politician and who finances individual lobbies is public knowledge, posted online.

"That's an example we in Europe should definitely follow," said Moser. "You can't deactivate lobbying, but there must be clear rules regulating fairness and transparency."

Is the EU beholden to lobbyists?

How much influence do interest groups have on EU legislation? Experts are divided, but the online platform LobbyPlag sees a lot. Sometimes, they say, MEPs even copy and paste directly from lobby proposals. (14.02.2013)

The European Parliament currently has sessions at both Brussels and Strasbourg, something most MEPs would like to change. They're looking to make Brussels the lone seat, but Europe's top court disagrees. (14.12.2012)