A proposal for the European Union to go carbon neutral by 2050 failed to garner unanimous support at a leaders summit in Brussels. The target date has been relegated to a footnote on the final summit statement. 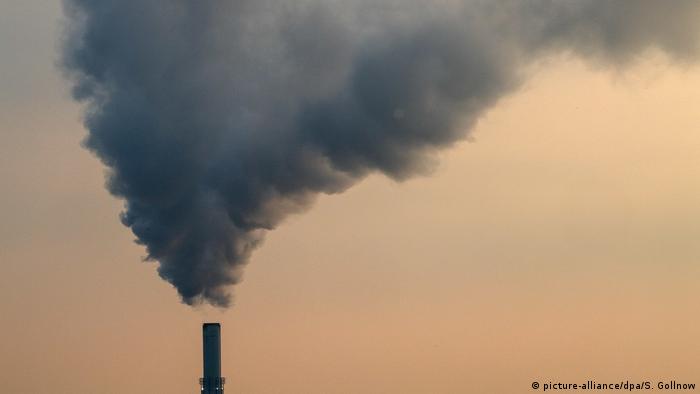 European Union leaders failed to unanimously agree to a proposed 2050 target date for achieving net carbon neutrality in the bloc, according to several reports on Thursday.

Poland, Hungary, the Czech Republic and Estonia were among those who opposed the move, Reuters and DPA reported, citing diplomatic sources.

A draft of the final summit statement reportedly states that the bloc will strive to become carbon neutral in line with the Paris Agreement. The ambitious 2050 goal, however, has been reportedly moved to a footnote of the text.

The note does mention that a majority of the EU's 28 member states support the move, which would see them cut emissions and implement measures to offset greenhouse gas emissions such as planting trees and using carbon capture technology.

German Chancellor Angela Merkel voiced her support of the 2050 target earlier on Thursday, but it wasn't enough to convince skeptical leaders.

Polish Prime Minister Mateusz Morawiecki said he couldn't support the measure unless the bloc agreed to compensate its poorer member states to help them meet the goal. Many eastern European countries continue to rely heavily on fossil fuels such as coal.

The EU's push for carbon neutrality comes amid growing demand from the public for governments to do more to fight climate change and after voters boosted support for green parties in European Parliament elections last month.

Leaders at the summit were able to unanimously agree to extending economic sanctions against Russia over its role in the Ukraine conflict, according to European Council President Donald Tusk's spokesperson.

"Russia sanctions unanimously extended for another six months because of a lack of Minsk Agreements implementation," tweeted spokesman Preben Aman, referring to a stalled 2015 peace deal.

The EU first adopted the sanctions against Russia in 2014 after Moscow annexed the Crimean Peninsula and backed separatists in eastern Ukraine. The bloc has tried lifting sanctions against Moscow with making progress on the peace agreement — which calls for an unconditional ceasefire among other measures.

The sanctions put curbs on Russia's financial, energy and defense sectors as well as limit access to EU markets.