The EU has taken steps to curb tax avoidance by global corporations. In recent months, criticism in the budget-strapped bloc has mounted over tax loopholes exploited by companies such as Apple, Google and others. 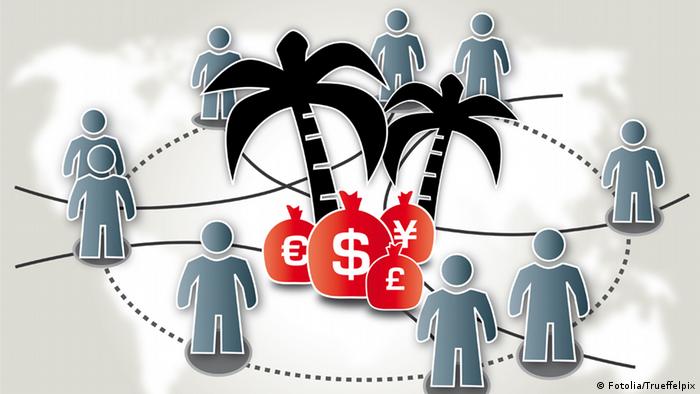 The EU attempt to close a loophole in taxation practices in the 28-nation bloc was originally opposed by countries such as Luxembourg, Ireland and Malta, which are benefiting from offering low corporate taxes to multinational companies.

According to the EU Commissioner for Taxation, Algirdas Semeta, the bill was approved unanimously by all of the bloc's finance ministers.

The closure of taxation loopholes would contribute to greater fairness within the EU, Semeta said in a statement, and garner higher revenues for member states' budgets.

Multinationals under fire for tax policies

According to EU estimates, tax fraud and corporate cross-border tax avoidance schemes cost the bloc's governments up to 1 trillion euros ($1.36 trillion) a year.

Under the new EU rules, multinational corporations are barred from shifting profits to low-tax countries to redefine their gains as tax-deductible loans to their subsidiaries. The tactic involves a hybrid loan, which has characteristics of debt as well as equity so it can be treated as a tax-deductible debt payment in one country, and a tax-exempt dividend in another. The commission said that if such a loan payment is tax deductible in the subsidiary's member state, it must be taxed where the parent was established.

The reform came following reports that some multinational corporations had used the loophole to pay minimal taxes on their international operations. US technology giant Apple, for example, paid little or no corporate tax on at least $74 billion in revenue over the past four years, largely by exploiting a loophole in Ireland's tax code. Similar accusations had been leveled against Google and Starbucks.

Discussions about unifying taxation of multinational corporations have been going on for years. But, now more than ever in an interconnected digital economy, some of the billion-dollar profits belong to the people.