The EU wants to improve its dated data protection policy. But in two years of debate, there's been little progress and lots of blame. Proponents say EU citizens deserve the same privacy rights as Americans. 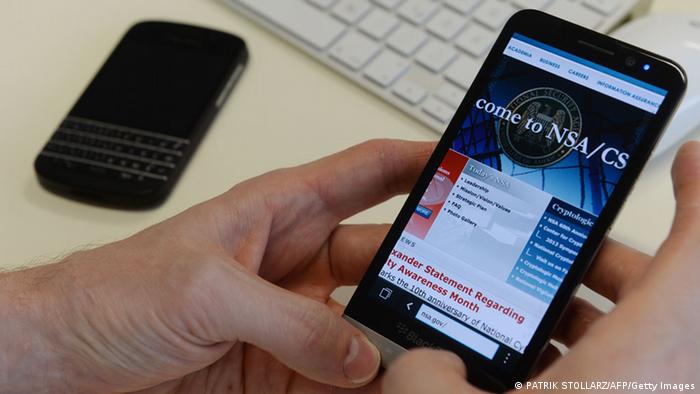 In the age of the Internet, 20 years is an eternity. But the existing EU Data Protection Directive, from 1995, is nearly that old. With the rise of online trading, Facebook and Google, the directive urgently needs an update - it is clear to the European Union that something needs to change. And the recent spying revelations of the US National Security Agency have underscored the urgency.

Nevertheless, EU member states and the European Parliament have been debating the finer points of reforming the outdated directive for two years now - without result. But at the recent informal meeting of EU justice ministers in Athens, EU Justice Commissioner Viviane Reding, representatives of the European Parliament, the current Greek and the upcoming Italian European presidencies have finally been able to make some headway. The new directive is expected to be unveiled by the end of the year.

Everything has been reviewed from all directions, and the parliament has approved it by a large majority, said Reding. She added that it was now up to the European Council to do the same and reach a political agreement. 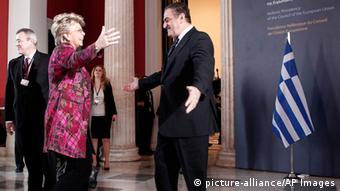 Reding believes an agreement will happen this year

Reding acknowledged, however, that little progress will be made before the upcoming European elections in late May. She and others fear that many citizens will either skip the vote or elect extreme or anti-European parties because they perceive European politics as detached. A more effective data protection policy would show the EU citizens otherwise.

Jan-Philipp Albrecht, the parliamentary commentator for data protection and a member of Green Party politician from Germany, agreed with Reding that the Council of the European Union was responsible for the delay.

"The member states - among others Germany - are obviously hindering the progress, and I find that especially disappointing because I assumed the federal government was putting pressure on the EU when it came to data protection. And that is precisely the opposite," Albrecht said.

German government in no hurry

Ole Schröder, a state secretary in Germany's Interior Ministry, said he fears that the robust German data protection regulations could be watered down by European rules. "Precision is more important than speed," Schröder wrote. But Albrecht said the European regulations were in many cases more stringent than German ones, such as the guidelines for Internet advertising. 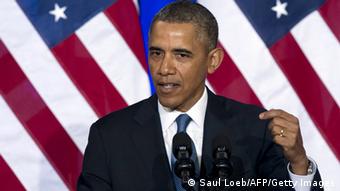 But Reding is finally seeing movement on the American side. She praised the fact that US President Obama wants to reign in intelligence services in the wake of revelations from a trove of documents leaked by former NSA contractor Edward Snowden.

"Now we are trying to implement Obama's statement into practice," Viviane Reding said. However, it could be awhile until that practice is evident: British media recently revealed that the NSA has been collecting nearly 200 million text messages per day around the world.

In discussions both with the US Attorney General Eric Holder in November and the secretary of commerce in Davos on Friday, Reding said she would emphasize to her US counterparts that "European citizens have the same rights as American citizens" when it comes to data security.

Reding expects further progress after Obama's meeting with European Commission President Jose Manuel Barroso and EU Council President Herman Van Rompuy in Brussels in March. The fact that the notoriously EU-aloof Obama is visiting Brussels at all is a major success in and of itself - a sign of just how low mutual expectations have dropped.

The EU’s executive branch has called on the bloc’s leaders to take a strong stand on data protection. This came just hours ahead of an EU summit and in light of the latest allegations of US spying on European citizens. (24.10.2013)

European and US justice officials have agreed to work towards "restoring trust" after the NSA scandal. The EU's Viviane Reding told DW she saw signs of an "absolutely new" attitude to Europeans' privacy. (19.11.2013)

Hundreds of thousands of questions, 13 answers: For two hours, Edward Snowden spoke with supporters and critics in an online chat. He took the opportunity to further criticize the NSA and US President Barack Obama. (24.01.2014)