Not much progress has been made so far on reaching a free trade agreement between India and the European Union. But such a deal would be mutually beneficial, German economic researchers show in a fresh study. 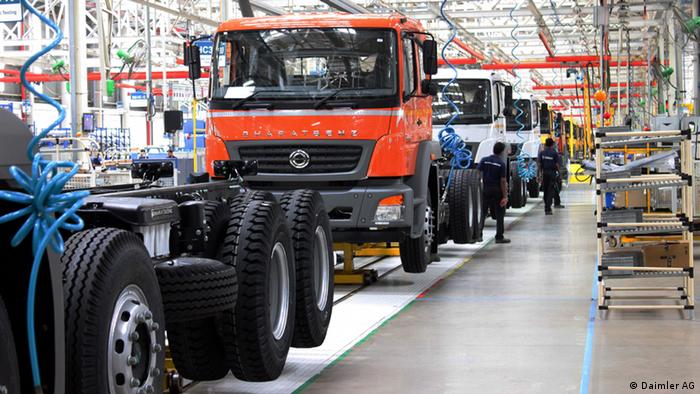 Despite its huge size, India accounts for just 1.6 percent of the global goods trade. But its potential is huge, and the Asian nation s already the EU's ninth-largest trading partner.

Respectively, the 28-member bloc including Germany is India's biggest trade partner. The two sides have been in talks on a free trade agreement since 2007, but little progress has been made so far.

However, a fresh study by the Munich-based Ifo research institute, commissioned by the Bertelsmann Foundation, shows that both sides would stand to profit from such an agreement.

The survey released Monday says that removing non-tariff obstacles and tariffs themselves would provide a major boost to the economies of both India and the EU.

Nothing to be afraid of?

Ifo researchers say that in the long term India's economy would expand by 1.3 percent annually in the wake of a free trade deal, adding another 25 billion euros ($28 billion) to its gross domestic product each year.

The EU as a whole would see its combined GDP grow by 0.14 percent, the study says, gaining about 21 billion euros annually, with Germany likely to be among the top beneficiaries of a free trade deal because of its strong, export-oriented economy.

Germany would see a boost to its automotive and machine tools industries, while the textile industry and the services industry would experience a growth momentum in India.

Apart from the advantages at hand in specific industries, an EU-India agreement would send out a strong signal in support of free trade globally, says economic expert Cora Jungbluth from the Bertelsmann Foundation.

And it would be a strategically important step towards accessing a greater slice of Asia's growing markets, she adds.