Following a summit in Brussels, EU leaders held informal Brexit talks without UK Prime Minister Theresa May. The remaining 27 have also rejected a bid by the EU legislature for a bigger role in the process. 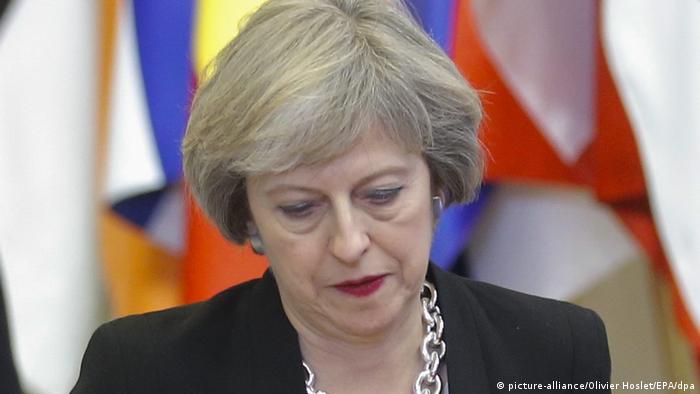 The European Union's remaining 27 members laid the ground rules Thursday for upcoming talks over the UK's impending departure for the EU.

"We welcome Britain's intention … so that we can begin to tackle the uncertainties arising from the prospect of Britain's withdrawal," the leaders said in a three-page statement, listing procedural steps.

Almost six months after 52 percent of the UK voted in favor of leaving the Union, Westminster is yet to trigger Article 50 which would begin the formal Brexit process.

In the statement on Thursday, EU leaders reiterated that there would be no movement until Britain formally asks to leave - a process which British Prime Minister Theresa May has said will begin by the end of March 2017.

May said on Thursday that it was right for EU counterparts to prepare for Brexit.

"We want that to be as smooth and orderly ... as possible. It's not just in our interest, it's in the interest of the rest of Europe as well," she said.

Once Article 50 is triggered, the EU 27 will hold another summit to instruct the European Commission on how to negotiate with London. The EU wants a deal before an EU election in May 2019.

The informal talks on Thursday came as the remaining 27 leaders rebuffed a bid by the EU legislature for a much bigger role in talks on Britain's exit from the  EU.

Even though the EU Parliament will have to approve any Brexit scenario at the end of the talks, the EU nations plan to give the negotiator chosen by the bloc's executive Commission, Michel Barnier, the chief position at the negotiating table. That will leave the legislature, which has often been critical of Britain, in a minor role.

Due to its diverse political makeup, the EU Parliament could become an unpredictable player in the approval process.

"It is only reasonable to involve the European Parliament from day one," assembly president Martin Schulz warned leaders, highlighting that the assembly holds veto powers on any divorce settlement between the UK and other EU members.

EU President Donald Tusk argued, however, that "from the very beginning it was absolutely clear for me that the Commission must be the leader."

EU leaders are facing a "minefield" of crises in their final Brussels summit of 2016. Leaders appear split on extending sanctions against Russia, approving a Ukraine deal, responses to Aleppo and Brexit negotiations. (15.12.2016)