The European Union's foreign ministers have gathered in Brussels for their first face-to-face talks since the coronavirus pandemic began. Top of the agenda are EU relations with Turkey and China's Hong Kong security law. 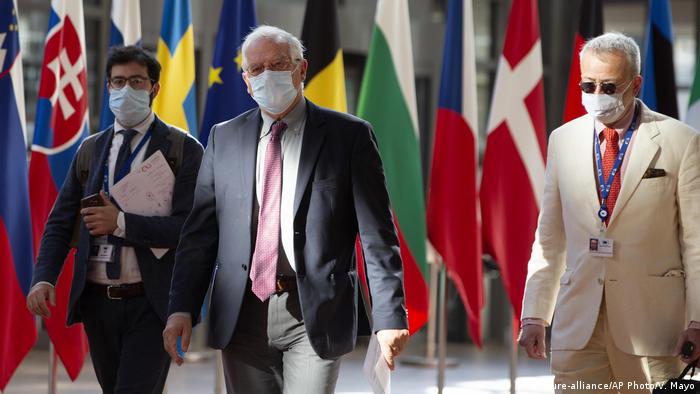 European foreign ministers will meet face-to-face in Brussels on Monday for the first time since the coronavirus crisis began, focusing on EU relations with Turkey and the so-called security law imposed by Beijing on Hong Kong.

"Relations with Turkey are not especially good at the moment," Borrell said ahead of the talks.

The country's human rights situations, disagreements over migrant policy and use of the eastern Mediterranean Sea and the conversion of Istanbul’s Hagia Sophia from a museum into a mosque have all contributed to recent tensions between Turkey and the bloc.

"A government that fights against its own human rights activists as terrorists is a government that disrespects democracy and its own people," Luxembourg's foreign minister, Jean Asselborn, said ahead of the meeting. In early July, Turkey sentence four activists working for the NGO Amnesty International to several years in prison on terror charges. 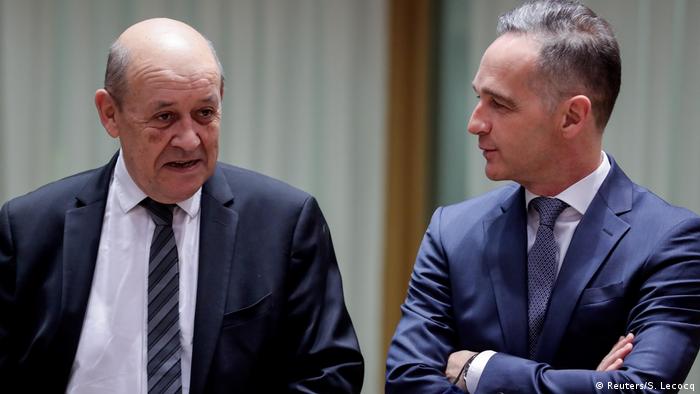 Germany calls for measures against China

China's controversial security law in Hong Kong is also under discussion. The EU has been openly critical of Beijing, with Borrell describing the law as "more draconian than expected."

Germany and France are among those countries that have suggested measures against China in response.

"I am pushing for us to quickly discuss which consequences the law should have for our relationship with Hong Kong and China," German Foreign Minister Heiko Maas told German media on Sunday.

Germany will be key in deciding what steps to take regarding China, DW's political correspondent Kate Brady said.

"China is Germany’s biggest trading partner, and for a long time Germany's strategy was, through building economic ties, to coax China's authoritarian politics into a more free, democratic state," Brady said. "But that simply isn’t the case now and they're seeing calls to change that strategy and take a tougher stance against Beijing."

Details of possible measures have not yet been announced but may involve trading limits on China.