The European Court of Justice has said that airlines cannot levy additional charges if a consumer cancels a flight. German judges asked the court to rule on Air Berlin's refund policy and disclosure of additional taxes. 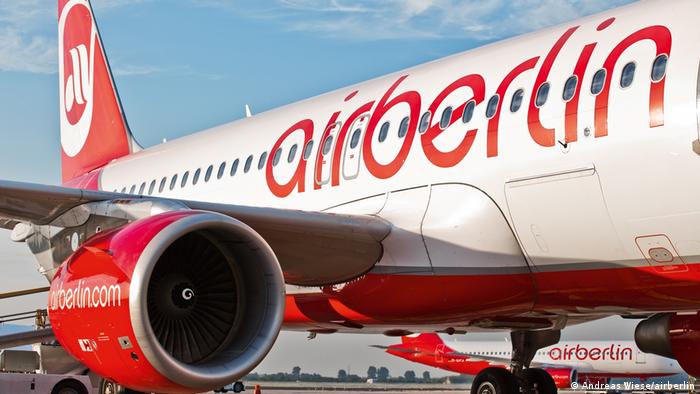 Airlines were ordered on Thursday by Europe's top court to increase the transparency of their airfares by individually disclosing taxes, airport fees and other charges levied to consumers.

The European Court of Justice (EJC) also ruled that carriers can no longer levy extra charges against customers who either miss or cancel their flights. The ruling means airlines can no longer hide those additional charges in the airfare or cancellation fees.

The case relates to a complaint from the Federation of German Consumer Organizations (VZBV) about budget carrier Air Berlin's policy of charging a 25-euro cancellation fee on the amount to be reimbursed if a traveler cancels, or does not take their flight. The fee is apparently charged to offset costs that the airline incurs.

Consumers were also concerned that airfares booked on the low-cost carrier's website contained no accurate breakdown of the taxes, fees and surcharges.

VZBV said the lack of transparency prevented customers from at least getting a partial refund when necessary.

VZBV said Air Berlin's website also indicated that taxes and charges charged by airlines were much lower than those actually paid to airports. VZBV claimed the practice was misleading and violated EU rules on price transparency.

Germany's Federal Court of Justice, which heard the original complaint, asked the ECJ to rule on whether EU rules permit airlines to hide the true cost of the additional charges.

It also sought clarification on whether German law - which prevents the charging of a processing fee - is compatible with EU law, which the ECJ confirmed was the case.

VZBV spokeswoman Kerstin Hoppe welcomed Thursday's ruling, saying "we look forward to consumers being able to get refunds more easily in the event of flight cancellations."

The head of Berlin's BER airport, Karsten Mühlenfeld, has signed a contract to leave the company early. The decision came as the planned opening of the new aviation hub suffered more delays and technical mishaps. (06.03.2017)

A flight from Düsseldorf to Venice encountered problems on approach, forcing passengers to don life vests. The plane was experiencing problems with its landing gear. (28.06.2017)

Airlines say the US-led laptop ban is slowly being lifted because of assurances of heightened airport security. The bans were put in place after 'Islamic State' started secreting bombs inside such devices. (04.07.2017)