The head of Berlin's BER airport, Karsten Mühlenfeld, has signed a contract to leave the company early. The decision came as the planned opening of the new aviation hub suffered more delays and technical mishaps. 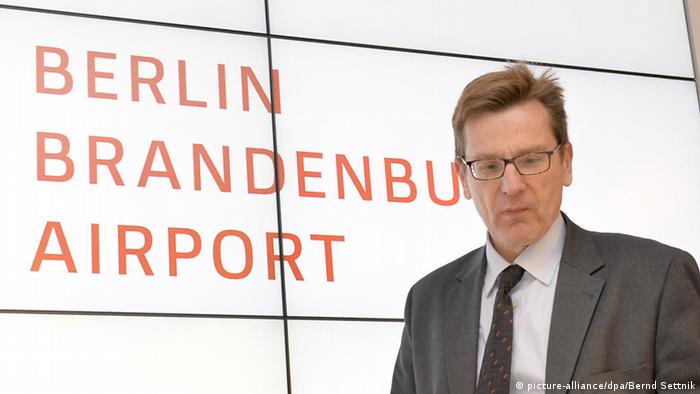 Following Mühlenfeld's resignation on Monday, the BER supervisory board named Berlin Secretary for Housing and Construction, Engelbert Lütke Daldrup, as the new CEO of the airport. The fact that Karsten Mühlenfeld is stepping down comes as no big surprise as the unfinished airport in Berlin keeps being haunted by a series of mishaps and technical plus organizational blunders.

Whoever is able to keep up with the timeline of mishaps and management changes at the unfinished BER airport in Berlin deserves a medal for having an unshakeable attention span.

Test yourself: Construction started in 2006.  The airport was first set to open in late 2011, but construction delays prompted airport management to move the opening date to June 2012.  But fire safety issues at the airport meant that schedule went up in smoke - along with technical affairs director Manfred Körtgen's job.

March 2013 was announced as the new opening date, convincing nobody who was paying attention, given the sheer amount of technical problems that inspectors uncovered every day. As such that date was moved one more time to October 2013 - to similar reaction.  That the prominent architectural firm of Gerkan, Marg & Partners had been removed from the project earlier - with all their institutional know-how - did not help matters.

Are you still with us? Good, because 2013 proves an even more inauspicious year. The year started with a postponement of the opening date, which at this point is almost a matter of tradition, and a dismissal among the top ranks. The board also gave CEO Rainer Schwarz the boot.

Cell phones to the rescue?

This was the man who famously suggested dealing with the problem of faulty fire systems by having legions of workers stationed with cell phones at various points throughout the terminal, prepared to call the airport's fire station at any sigh of smoke or fire - a plan widely and justifiably ridiculed.

But Schwarz got the last laugh in the end. He later launched a wrongful termination suit, and walked away with 1.14 million euros ($1.2 million) in damages. If it's any consolation to the project's hopefully embarrassed leaders, that's a drop in the bucket compared to what's already been spent on it. From its original budget of 2 billion euros, costs have ballooned to more than 6 billion euros. And the state-owned company operating the airport burns through 17 million euros a month just to maintain the facility.

Hartmut Mehdorn, former CEO of Deutsche Bahn, replaced Schwarz in March 2013. Mehdorn hired Jochen Grossmann as technical head, only to let him go again in June 2014 amid a corruption probe. Less than half a year later, Grossman was convicted of corruption and fraud for demanding half a million euros from a potential contractor.

But the delay claimed another victim: the political career of Klaus Wowereit, Berlin's then mayor who had been popular until the project proved beyond his economic competence as chief of the airport's supervisory board. He had already left the board in 2013, but the embarrassing failures around the project took a toll on his mayoral office. He announced his resignation in August 2014.

The end of that year saw airport CEO Mehdorn throw in the towel too, to be replaced by Karsten Mühlenfeld. As his appointment was announced, Mühlenfeld said he was "looking forward" to the task of dealing with the "most important future project" for the region, inspiring incredulity in all corners of the city.

Perhaps he should have sounded less excited.  This time, the path to an airport inauguration sometime this century is blocked by more than a thousand doors. That's not even metaphorical. More than a thousand automatic doors in the terminal have to be fixed so that they close properly in case of fire. Mühlenfeld had also been taken to task for muscling out his technical director Jörg Marks unfairly.

The pile-on of problems recently prompted Mühlenfeld to announce the latest postponement of the airport's opening date to some time in 2018. That's the sixth delay, delaying to his early departure.

In case you have managed to keep track. And by the way, congratulations on that medal for the unshakeable attention span.