Under efforts to reduce energy consumption in the EU, the bloc's executive Commission has unveiled a clean energy plan aimed at boosting renewables, cut waste and reduce subsidies for coal power. 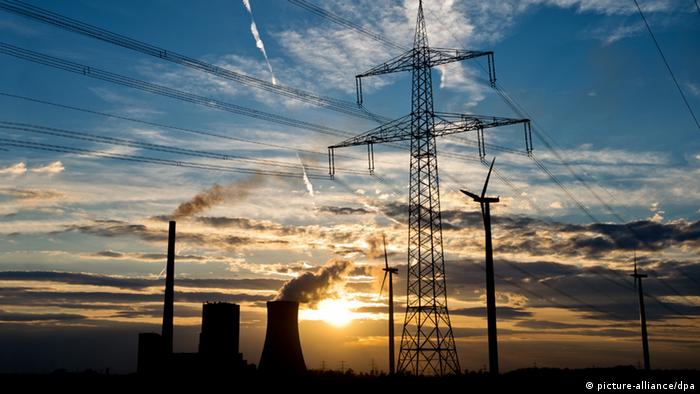 The 1,000-page catalogue of measures, unveiled by the European Union's executive Commission in Brussels on Wednesday, aims to overhaul the 28-nation bloc's energy market and ensure the shift to clean energy.

The plan, which still needs to be approved by EU nations and the European Parliament, wants have half of the bloc's electricity generation to come from renewables like wind and solar power by 2030. By 2050, the EU's electricity is intended to be completely free of carbon.

EU climate commissioner Miguel Canete said the new market rules would sharpen price signals and promote a more flexible market. "Our proposals will boost trading across borders, create a level playing field for renewables, and remove barriers for new actors in the market, and ensuring certainty for investors," he added.

As a key measure to achieve its goal, the EU Commission proposes a reduction in what is called "capacity mechanisms." They are intended to ensure that sufficient electricity supplies are available to meet demand during peak times, and currently amount to government subsidies for power companies to avoid electricity blackouts.

In future, those capacity mechanisms must no longer be used as a "backdoor subsidy of high-polluting fossil fuels," said Canete.

Moreover, the Commission proposes a limit of 550 grams of carbon dioxide per kilowatt-hour for new plants while giving time for existing capacity mechanisms to adapt to the new rules.

The commission also plans to raise the bloc's energy efficiency target from currently 27 percent for 2030 to 30 percent, meaning primarily that buildings need to be better equipped with new energy saving technology.

Canete said the plan would help Europe turn its commitments under the Paris climate agreement into "concrete action." In Paris last year, the EU committed to a cut in greenhouse gas emissions by 40 percent by 2030 over 1990 levels and to make renewable energy account for 27 percent of energy use.

Environmental groups have criticized, however, that the bloc is doing too little to end subsidies for carbon-spewing coal power plants and said the plans did not go far enough.

The agreement will take effect by early November, obliging participants to reduce their own greenhouse gas emissions. The goal is to keep global temperatures within 2 degrees Celsius of preindustrial levels. (04.10.2016)