The iPhone maker unfairly puts music-streaming rivals at a disadvantage due to its App Store rules, the EU's competition commissioner has said. 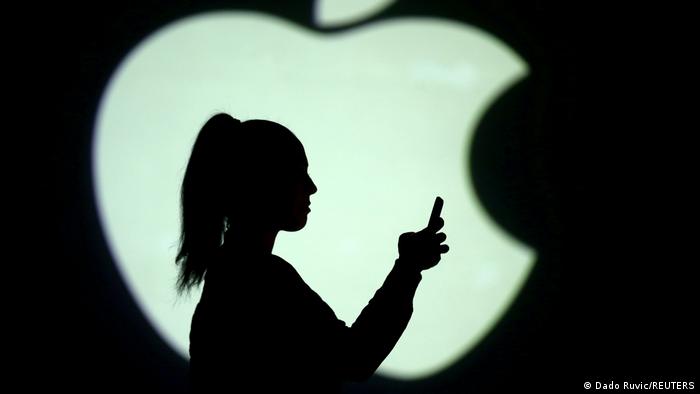 It is one of the biggest-ever competition cases against the US tech giant and could lead to hefty fines.

An Apple spokesperson rejected the accusations, saying the EU's case was "the opposite of fair competition."

The charges follow an EU investigation stemming from a complaint by the popular music-streaming service Spotify.

What is the EU accusing Apple of?

"Our preliminary conclusion: Apple is in breach of EU competition law," EU Competition Commissioner Margrethe Vestager said in a statement.

The European Commission, the EU's executive arm, said Apple's App Store rules force rival developers to use its in-app payment system — which charges up to 30% commission — and prevent them from informing users of cheaper payment methods.

Vestager said this ultimately raised the cost for consumers and limited their choice.

"This is done by charging high commission fees on each transaction in the App Store for rivals and by forbidding them from informing their customers of alternative subscription options."

How did the charges come about?

This is the first EU antitrust charge targeting Apple. It follows an investigation by the bloc, launched in June, which found that the App Store commission fees are passed on to consumers.

The probe was launched after Swedish music streaming app Spotify, which competes with Apple Music, lodged a complaint about the company's rules two years ago.

The European Commission said Apple now has the chance to respond to the allegations and present its case in a hearing before a final ruling is handed down. The US company could be slapped with fines of as much as 10% of its global turnover.

How did Apple respond?

An Apple spokesperson rejected the charges and accused Spotify of wanting "all the benefits of the App Store," without thinking "they should have to pay anything for that."

"Spotify has become the largest music subscription service in the world, and we're proud of the role we played in that," the spokesperson said, but added that "the Commission's argument on Spotify's behalf is the opposite of fair competition."

The iPhone maker unfairly puts music streaming rivals at a disadvantage due to its App Store rules, the EU's Competition Commissioner says.

The case against Apple has been brought by German media and tech firms who fear "opt-in" ad tracker rules will massively hurt their revenues. Facebook is fiercely opposing the move.