The revamped European Border and Coast Guard Agency has begun its inaugural operations along the Bulgarian-Turkish border. Brussels hopes that the new agency will heal rifts among EU members over its migrant policies. 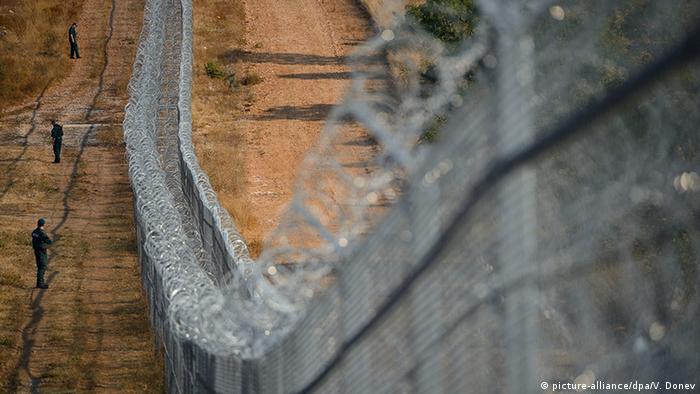 The European Union's beefed-up border task force began its inaugural operations along the Bulgarian-Turkish border on Thursday, as the bloc desperately seeks to establish a unified strategy to tackle the continent's migration crisis.

EU officials inaugurated the new task force at the Kapitan-Andreevo checkpoint between Turkey and Bulgaria, the main land frontier for migrants entering Europe.

The EU's migration commissioner, Dimitris Avramopoulos, hailed the inauguration as a "milestone in the history of European border management" during a press conference on Thursday.

Avramopoulos stressed that the agency "does not exist separately from the member states, nor does it replace their responsibilities."

"It exists for the member states and through them," he said. "That is why everyone must join in to operationalize and implement it as soon as possible."

The European Border and Coast Guard Agency (EBCG) is an expansion of Frontex, the agency founded to coordinate EU-wide efforts to combat people-smuggling and illegal migration. Frontex has struggled since it was caught off guard by the hundreds of thousands of migrants trekking through Greece along the western Balkan route towards northern Europe. The EBCG will add an extra 1,500 officers who can be speedily mobilized in emergencies, such as during a sudden rush of migrants across the border. Frontex's German director, Klaus Rösler, reiterated on Thursday that the EBCG would not replace or infringe on the core objectives of his agency. Speaking to German broadcaster RBB-Inforadio, Rösler said the revamped agency's mission was to integrate border controls and border protection to strengthen Europe's internal security."

The revamped agency will also be involved in the repatriation efforts of migrants whose asylum claims are rejected or who are considered a security threat.

According to the EU, the ultimate long-term aim is to restore the passport-free Schengen Zone across the whole continent.

Besides strengthening security, Brussels also hopes that the new agency will ease stern tensions between the bloc's western and eastern members over the EU's refugee policy.

Germany in particular has been chided by central and eastern member states over its "open-door" policy. The policy, they claim, has allowed Islamic militants posing as refugees to enter Europe and carry out terror attacks.

However, the establishment of the EBCG earlier this year was applauded as a rare demonstration of unity among all 28 EU members.

The EU Commission praised the founding of the beefed-up agency, saying in June that it "will provide support to all member states and be able to identify and intervene to address weaknesses in advance, and not when it's too late."

Bulgarian Prime Minister Boyko Borisov described it as "a boost for our efforts to guarantee the safety of Bulgarian and European citizens."

Nevertheless, the EU's poorest member still worries that it will become a "buffer state" should the EU's tenuous migrant deal with Turkey break down. Bulgaria already has begun stringing up barbed wire, which will soon cover most of its border with Turkey.

The next steps for the agency will be managing the inflows through Greece and Italy. Around 60,000 migrants are currently stuck in Greece. More than 140,000 have crossed the Mediterranean into Italy so far this year, while 3,500 have died trying.

The 13,000 migrants stranded in Bulgaria are modest by comparison.