EU and US say Macedonia not ready to hold elections

The EU and the US have said conditions have not been met for Macedonia to hold snap parliamentary elections. The announcement comes amid an ongoing political crisis in the Eastern European country. 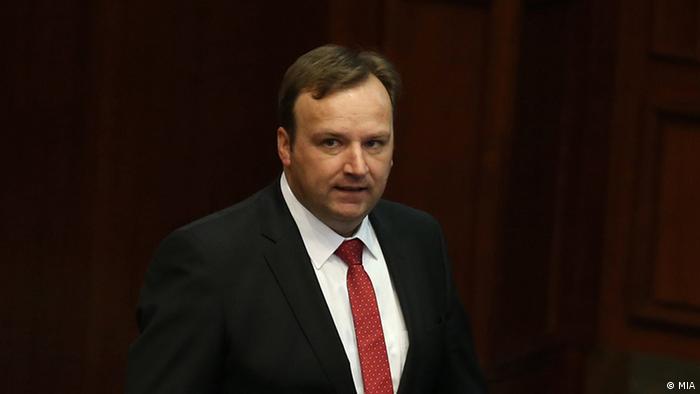 Brussels and Washington said on Sunday that conditions had not yet been met for Macedonia to hold "credible" elections in April.

The ex-Yugoslav country agreed on the snap parliamentary elections in an effort to end months of political gridlock between the government and the opposition. Interim Prime Minister Emil Dimitriev (pictured) formed a technical government in January in order to organize the polls.

However, EU ambassador Aivo Orav and US ambassador Jess Baily sent a letter to Dimitriev arguing there is still work to be done to ensure fair elections.

Still work to be done

"We note that the work of the State Electoral Commission to date and the findings of all relevant experts indicate that at this stage the necessary conditions for organizing credible elections on 24 April are currently not in place," the letter said.

Among the concerns were reports of voter intimidation.

Prime Minister Nikola Gruevski has said he would resign and call early elections in April. The move stems from an EU-brokered agreement with opposition to end Macedonia's political crisis. (15.01.2016)

Saudi Arabia rejects US report on Khashoggi's murder 3m ago