Prime Minister Nikola Gruevski has said he would resign and call early elections in April. The move stems from an EU-brokered agreement with opposition to end Macedonia's political crisis. 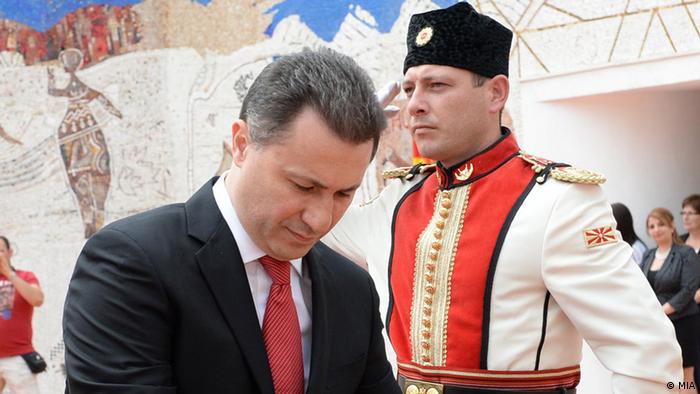 Gruevski said in a televised address to the nation late Thursday that he will present his resignation to the speaker of parliament on Friday. He also insisted that the parliamentary election must be held on schedule 100 days after he steps down, despite opposition pressure for a delay.

"The elections should take place on April 24, and now it's time to fulfill this obligation," Gruevski said.

It remains unclear who may be appointed as the technical prime minister tasked with preparing the polls.

Even so, the prime minister's resignation may end a political crisis that has for months wracked the Balkan nation of about 2.1 million people and seen thousands take to the streets in protest on both sides.

Gruevski's VMRO-DPMNE party won elections in 2014, but those results were not recognized by the opposition Social Democratic Union of Macedonia (SDSM), which boycotted parliament saying the polls had been marred by fraud. 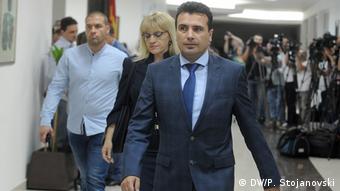 The crisis deepened when the SDSM accused Gruevski of wiretapping some 20,000 people, including politicians and journalists. SDSM members said the tapes revealed high-level corruption.

The government retaliated by filing criminal charges against SDSM leader Zoran Zaev, accusing him of "spying" and attempts to "destabilize" the former Yugoslav republic. 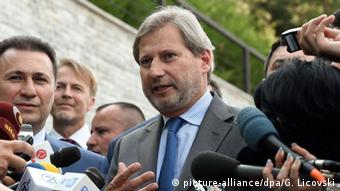 EU Enlargement Commissioner Johannes Hahn is due in Macedonia later on Friday for talks with Gruevski and opposition leaders on implementing the agreement. The commissioner led efforts to broker this week's deal to break the political impasse.

"I expect that the outstanding elements of the political agreement will be resolved before or during my visit allowing the election authorities to organize credible elections according to the agreed timetable," Hahn said Thursday.

Macedonia has faced a decade-long stalemate in the process of accession to both the European Union and NATO due to a veto by Greece, which claims rights to the name Macedonia.

The country faced further turmoil in May last year, when police in northern Macedonia clashed with an ethnic Albanian militia whose members were mostly from neighboring Kosovo. Some 18 people were killed, including eight police officers.