The European Union on Monday agreed a new multi-annual plan aimed at boosting cooperation on immigration and asylum policy, but Britain insisted on retaining its opt-out on key issues. 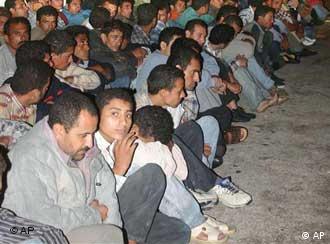 EU interior ministers thrashed out remaining differences on the so-called Hague program, which is due to be approved by EU leaders at a summit in Brussels next month.

The 25-member bloc's Dutch presidency stressed that the EU should focus on implementing what has already been agreed, rather than launching new projects.

Efforts to make immigration and frontier control issues subject to qualified majority voting, instead of unanimity as at present, foundered on German opposition. Heads of state will have to try to resolve the issue in Brussels.

Earlier Britain said it backed EU efforts to boost cooperation on immigration and asylum policy but must retain a right to opt out of decisions which threaten its interests.

"We (are) clearly all in this together because people move through the new borders of eastern and central Europe," said British Home Secretary David Blunkett. "So it is in our interest to get agreement about sensible border controls run by the countries themselves but supported by the rest of Europe."

Immigration has become a hot political issue in Britain as the government has sought to beat back popular fears of a flood of asylum-seekers and economic migrants from an enlarged EU. 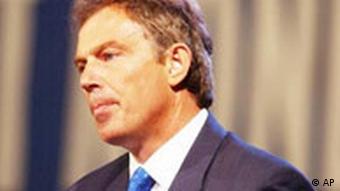 At his monthly news conference in London, British Prime Minister Tony Blair said there was no question of Britain giving up its veto on border controls.

"We are not obliged to have any of the European rules here," he said. "But where we decide in a particular area -- for example to halt the trafficking in people, for example to make sure that there are proper restrictions on some of the European borders that end up affecting our country -- it allows us to opt in and take part in these measures."

"With the Treaty of Amsterdam seven years ago, we secured the absolute right to opt in to any of the asylum and immigration provisions that we wanted to in Europe," Blair said. "Unless we opt in we are not affected by it. And what this actually gives us is the best of both worlds."

At the Luxembourg meeting France and Germany opposed any specific reference to legal immigration quotas, as pressed for by Spain and Italy.

On the issue of asylum Britain, Germany and Portugal expressed doubts about moving to a common policy by 2010, preferring to wait and see how recently adopted common standards for accepting asylum seekers and examining their requests were working out.

No agreement on asylum centers

The idea of setting up centers for asylum seekers in north Africa, as advocated by Germany and Italy, failed to win general backing.

But there was agreement on the need to work with the countries of origin of the seekers and with those through which they transited, with the aim of stopping them from trying to cross the Mediterranean.

The EU wants to keep them in protected zones near countries in turmoil, help north African states take them in and write provisions about the return of illegal immigrants into association agreements.

EU Justice and Interior ministers on Monday will discuss the future policy course on a wide-ranging security and immigration program that includes controversial proposals for refugee detention camps in Africa. (Oct. 25, 2004)

Interior ministers from five leading EU states gather in Florence on Sunday hoping to smooth out differences over how to tackle illegal immigration and strengthen cooperation in the fight against terrorism. (Oct. 18, 2004)

The controversial Italian-German plan aimed at creating holding centers in North Africa for would-be refugees was in danger of being sunk by France and Spain on Monday. (Oct. 18, 2004)