A week after deadly attacks in the Ethiopian border region of Gambela, state forces have entered neighboring South Sudan in an attempt to surround the attackers and rescue more than 100 kidnapped children. 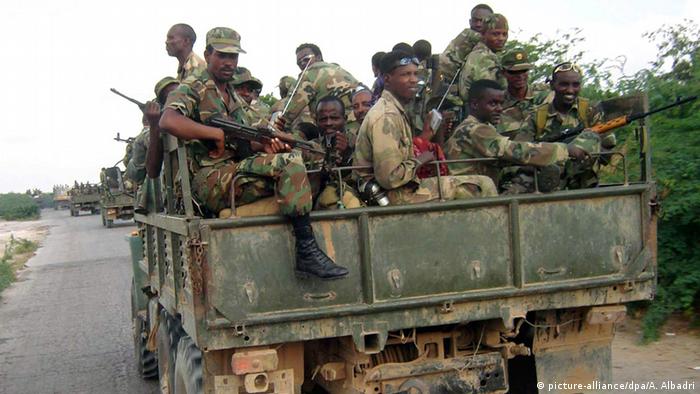 Parents in Gambela are still waiting for news of their children after more than 100 boys and girls in the western province disappeared last week. They were kidnapped by militias who had crossed into Ethiopia from neighboring South Sudan. Armed men attacked more than a dozen villages on Friday, April 15. They massacred cattle herds and killed more than 200 people before leaving with around 2000 cattle – and the children.

The attackers' identity remains unclear. The Ethiopian government has blamed armed militias from the Murle ethnic group, based mainly in the eastern Jonglei region of South Sudan, for the attacks. The Ethiopian government sent troops across the border into South Sudan in pursuit of the assailants, then claiming its soldiers had surrounded the area where the children were being held. A government spokesperson told state television that the kidnapped children would soon be freed. 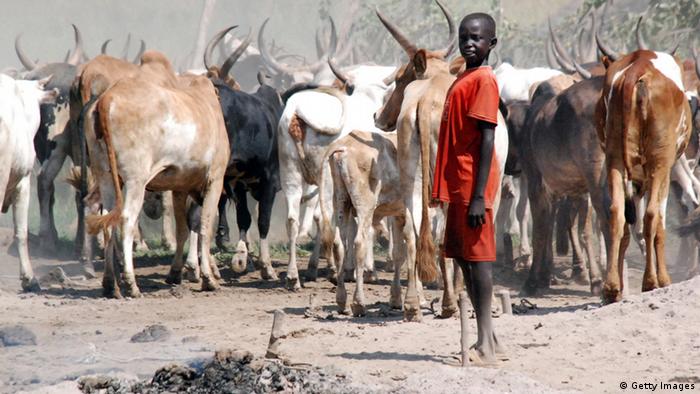 But many Ethiopians are sceptical. "The government is incapable of protecting its citizens," an Ethiopian Facebook user commented on DW's page. "The government ordered the people in Gambela to disarm – soon afterwards we suffered this tragedy," another Ethiopian added.

Ethiopia and South Sudan share a long, porous border. Cattle raids are not uncommon in the region, but this latest attack was unusually violent. "If you look at the number of people who were killed in the attack, and the number of children abducted, it is unprecedented," says Hallelujah Lulie, an analyst at the Institute for Security Studies (ISS) in Addis Ababa. The attackers' motive is still unclear. "In the past, cattle raids had nothing to do with politics, it was mostly a cultural thing. But there has been a criminalization of these activities because of the involvement of some business people in the cattle raiding," Lulie told DW.

Meanwhile South Sudan is struggling with civil war. Since December 2013, the world's newest country has been embroiled in a power struggle between supporters of President Salva Kiir, who belongs to the Dinka ethnic group, and his long term rival Riek Machar, a member of the Nuer tribe. Since the conflict started, more than 50,000 people have been killed and more than 2.5 million displaced from their homes. The chaos also contributes to attacks in the border region, says Lulie. "The civil war has increased the movement and distribution of small arms and light weapons in the area," he told DW. Lawlessness on the South Sudanese side of the border has also increased, he said. 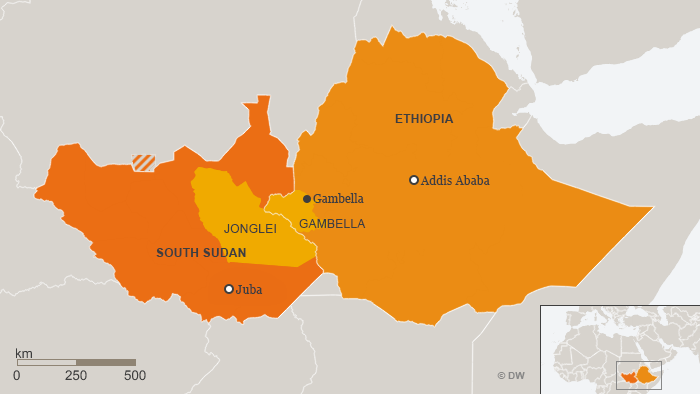 Until now, Ethiopia has been a strong player in the peace negotiations between Kiir and Machar – a role it sees as a chance to gain regional and international influence. But South Sudan's ceasefire agreement is extremely fragile. Machar is currently residing in Ethiopia. This week marked the third delay to his return to South Sudan's capital, Juba, a key part of the peace agreement.

Fears are growing in Ethiopia that the violence and instability in South Sudan could spill across the border. Hundreds of thousands of South Sudanese, mainly Nuer, have already fled to Gambela in an attempt to escape the conflict. As more refugees arrive from South Sudan, the Ethiopian government is concerned that regional conflict could intensify. Various ethnic groups, particularly Ethiopian Nuer and Anuak, already vie for power and influence in the region. 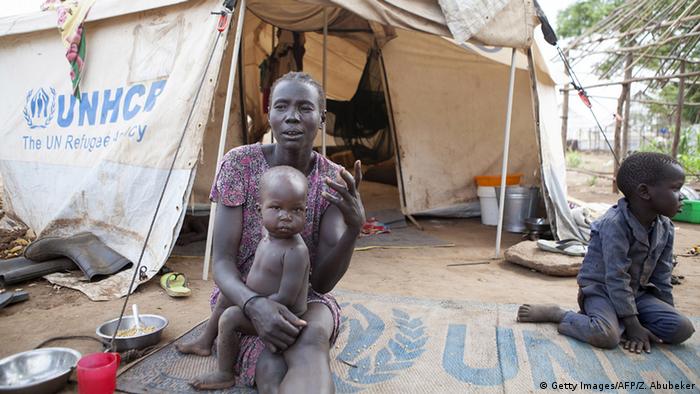 Before the war broke out in South Sudan, both countries worked together to curb violence along the border. Their two governments now say they will cooperate in dealing with the latest attacks and freeing the kidnapped children.

The Ethiopian government says it asked its South Sudanese counterpart for permission a week ago to cross the border in pursuit of the attackers. Preparations are already underway for a joint rescue mission, South Sudan's foreign minister Peter Bashir Gbandi told the Sudan Tribune newspaper. Gbandi added that the head of the South Sudanese Army would travel to the Ethiopian capital Addis Ababa as soon as possible in order to coordinate with Ethiopian authorities.

But news agency AP quotes Gbandi as saying he did not want Ethiopian troops to go deeper into South Sudan.

It is still unclear how many soldiers have been deployed and how heavily they are armed. Many parents in Gambela have taken to the streets calling for a quick response from the Ethiopian government. Their children have already been gone for too long - they are believed to be somewhere in the South Sudanese jungle.

Mantegaftot Sileshi contributed to this report

The Ethiopian government has reportedly surrounded an area in South Sudan where an armed group is holding 125 children hostage. Meanwhile, the country mourns those killed in last week's raid when the children were taken. (21.04.2016)

Ethiopia says its military is pursuing suspected tribal cattle rustlers accused of abducting 108 children near its border with South Sudan. It says the death toll from the cross-border raid on Friday has risen to 208. (18.04.2016)

About 1,400 rebel personnel arrived in Juba over the weekend ahead of the planned formation of a transitional government of national unity. Previous attempts to end the chaos and bloodshed have failed. (28.03.2016)