The black boxes recovered from Ethiopian Airline's crashed 737 MAX have arrived in France for analysis. Meanwhile, relatives of those killed have stormed out of a meeting with the airline. 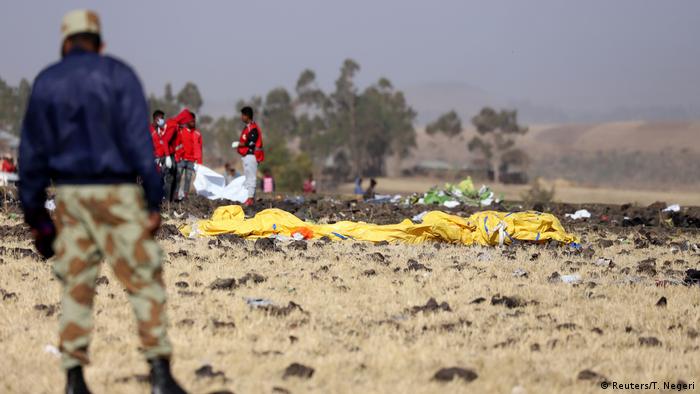 A delegation from Ethiopia flew to Paris on Thursday to deliver the black boxes from the recently crashed Boeing 737 MAX.

Ethiopian Airlines said on Twitter the flight data recorder and the cockpit voice recorder were to be examined.

France's Bureau of Enquiry and Analysis for Civil Aviation Safety (BEA) announced the boxes had arrived and that it would be investigating them. Technical analysis would begin on Friday and the first conclusions could take several days, the BEA said on Thursday.

International rules stipulate that Ethiopia will lead the investigation with France in an advisory capacity. The US National Transportation Safety Board (NTSB), representing the country of manufacture, will also play a role in the probe.

Boeing's new and wildly successful 737 MAX aircraft were grounded across the world after the Ethiopia crash over fears its new automatic control system may be driving aircraft into the ground. 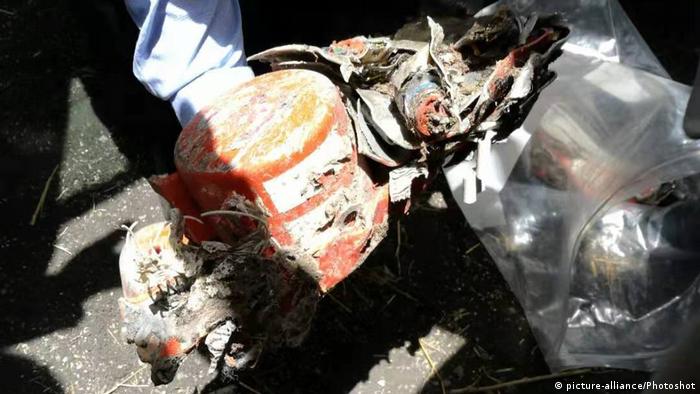 The black boxes have been damaged, according to the FAA.

The FAA said new information from the wreckage as well as newly refined flight path data indicated some similarities between the latest crash and the Lion Air disaster in October, "that warrant further investigation of the possibility of a shared cause."

Preliminary results from the Lion Air investigation found that following a separate sensor error, pilots were battling with the new MCAS system to keep the nose pointed into the air. All 189 people on board were killed.

Following the crash, Boeing issued a warning about the MCAS system and said it was working on a software update.

Given the apparent similarities between the Lion Air and the Ethiopian Airlines crash, Boeing will be closely watching any findings of the Paris investigation.

German investigators said they could not analyze the boxes, as their systems were incompatible with Boeing software. According to the FAA, the black box flight data recorders have been damaged.

In the Ethiopian capital, Addis Ababa, relatives stormed out of a meeting with Ethiopian Airlines in anger.

About 200 relatives left a briefing, saying they received inadequate information. The airline said it has an information service available 18 hours a day, but family members said they are not getting the answers they need. They said they had been instructed not to talk to the media.

Several family members have congregated at the crash site to express their grief and anger.

CEO Tewolde Gebremariam insisted his pilots had received training from Boeing in the wake of the Lion Air disaster on how to deal with an MCAS failing and that any investigation would clear the airline of safety breaches.
aw/sms (Reuters, dpa, AFP)

All of Boeing's best-selling planes have now been grounded since the crash of an Ethiopian Airlines flight. Earlier, President Donald Trump announced an emergency order to ban the airliners in US airspace. (14.03.2019)