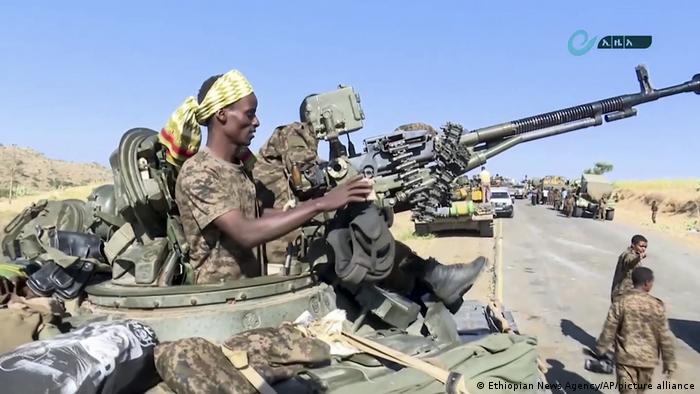 Ethiopian Prime Minister Abiy Ahmed's office announced Saturday that government security forces had captured the city of Adigrat and was advancing on Mekele, the capital of the northern Tigray region.

The Tigray People's Liberation Front (TPLF) said that nine people had died among heavy civilian casualties during an assault by federal troops on Adigrat.

Read more: Ethiopia's Tigray crisis rages on with no end in sight

The Tigray region has been facing a rebellion since earlier this month. On November 4, security forces loyal to the TPLF attacked the Northern Command of the Ethiopian National Defense Force (ENDF) in Mekele, killing several people.

Hundreds, possibly thousands, have died in the past weeks, and more than 30,000 refugees have fled to Sudan. The conflict has also spread beyond Tigray , whose forces have fired rockets at the neighboring Amhara region and Eritrea.

Meanwhile, the African Union (AU) announced it would send a special envoy to mediate between the government and the TPLF, which is also the region's ruling political party

"The primary task of the special envoys is to engage all sides to the conflict with a view to ending hostilities, creating conditions for an inclusive national dialogue to resolve all issues that led to the conflict, and restoring peace and stability to Ethiopia," the AU said on Twitter.

The Ethiopian government, however, denied the visit was happening.

"News circulating that the envoys will be traveling to Ethiopia to mediate between the federal government and TPLF criminal element is fake," according to a tweet by Abiy's office.

Abiy, who won last year's Nobel Peace Prize for a peace deal with neighboring Eritrea, has said he wants to remove the TPLF leaders before negotiations.

The TPLF is popular in the Tigray region and dominated national politics until 1991.