As vote counting continues in Ethiopia, there's growing condemnation of a military airstrike on a marketplace in war-torn Tigray. The EU is demanding an independent probe and aid workers are calling for more protection.

Eyewitnesses are adding more details to what started as a rumor about one or more explosions with dozens of civilian casualties in the village of Togoga in Ethiopia's restive Tigray region. "When the military jets bombed our area, many of us fell to the ground," Negasi Berha, a Tigray resident who was being treated at Ayder Hospital, told DW. "We were selling and buying different goods and commodities at the local market. I have seen three dead bodies and many domestic animals."

Birhan Gebrehiwot, who lives close to the market and was receiving treatment after sustaining injuries, narrated how she managed to survive the bombings. "First the market was bombed, then immediately after that we were bombed in our house, we came here after leaving behind so many wounded and killed citizens," she told DW.

"At least 40 deaths were witnessed. Some say we have seen 80 dead," Dr. Daniel Weldu, head of Mekelle Ayder hospital Emergency unit, said. "I saw a mother whose child has died. The victims were many because it was a marketplace, and the blast was heavy," Daniel told DW.

According to health workers, who spoke to international media outlets mostly on the condition of anonymity, an airstrike hit the village market on Tuesday afternoon, killing at least 50 people and wounding dozens more.

The attack is one of the worst since the conflict between the Ethiopian government and the dissident Tigray People's Liberation Front (TPLF) started more than eight months ago. It comes amid reports of increased fighting in the region and warnings of a worsening humanitarian crisis.

The International Committee of the Red Cross (ICRC) in Addis Ababa confirmed the incident, although the organization did not comment on the nature of the attack.

Spokesperson Alyona Synenko told DW that ICRC teams in Tigray helped facilitate the evacuation of wounded people from Togoga village to Mekele, the regional capital located some 30 kilometers (18 miles) away from the scene of the attack.

"For us, it is very important to stress that medical facilities and personnel must be respected and protected at all times," said Synenko.

However, the ICRC could not confirm accounts by local doctors and paramedics widely cited in news media that Ethiopian security forces had blocked ambulances on their way to and from Togoga. 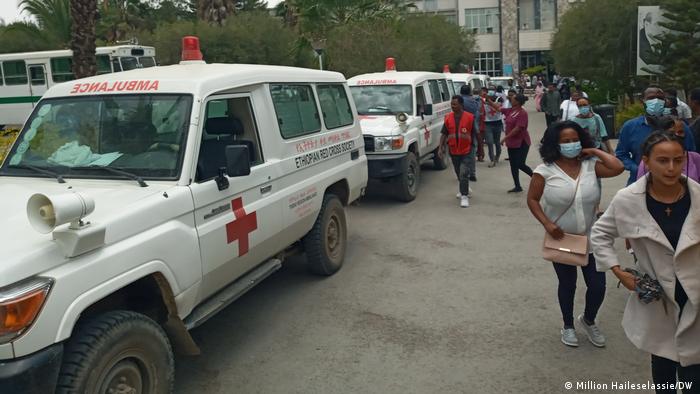 According to DW's Tigray correspondent Million Haileselassie, 33 victims from the attack were brought in from Togoga to be treated at Ayder Hospital in Mekele. Among them were two children aged two and ten.

"Victims of the airstrike told me that there were no military targets in the marketplace, only civilians," Haileselassie said via phone.

As credible reports of the attack at Togoga have surfaced from the largely cut-off region, international condemnation has been swift.

In a joint statement, European Union High Representative Josep Borrell and Commissioner for Crisis Management Janez Lenarčič called the bombing of a marketplace "extremely worrying." They called for an immediate ceasefire and unrestricted humanitarian access to the region.

EU leaders have also put the situation in Tigray on the agenda of their current summit meeting in Brussels. Commission spokesperson Balazs Ujvari told DW: "What we expect now is an independent and thorough investigation into what happened."

Similar calls have been brought forward by the United States, United Nations, and human rights organizations. 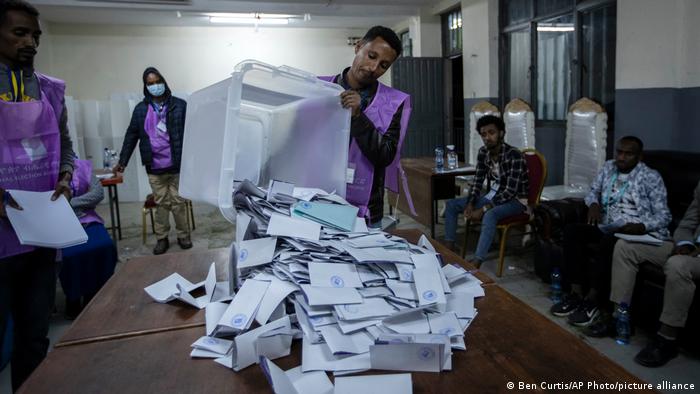 Ethiopian military spokesman Colonel Getnet Adane confirmed to DW that the Ethiopian National Defense Forces (ENDF) carried out an airstrike on Togoga on Tuesday afternoon. However, he denied that civilians were harmed in the attack, calling it a "precision strike" against enemy combatants.

Daniel Bekele, head of the Ethiopian Human Rights Commission, told DW that his body was "still investigating this incident."

The bombing, carried out as votes in the country's contentious general election are being counted, is seen as yet another setback to Prime Minister Abiy Ahmed's efforts to garner domestic and international legitimacy and bring peace and unity to the country.

Abiy, who was awarded the Nobel Peace Prize in 2019, is projected by observers to win Ethiopia's first multi-party election since 2005. Although the election has generally been considered more democratic than previous ones, with African Union observers calling it "orderly, credible, and peaceful," ongoing fighting in Tigray and other parts of the country has meant that polls could not take place at all in those regions. 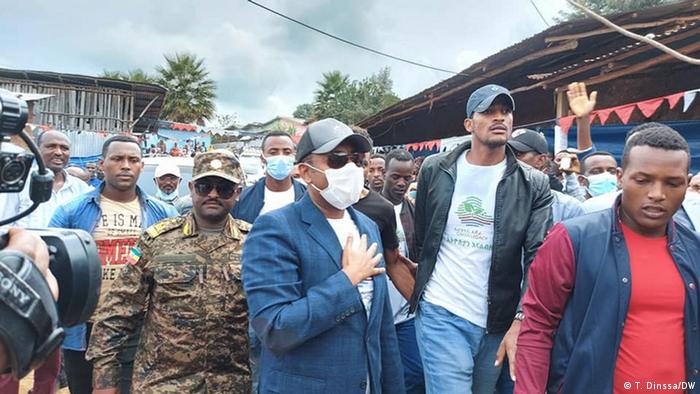 According to the election board, final results are expected to be published in early July. However, it is unlikely that a new government will be formed until all Ethiopian regions have voted. In Tigray, that possibility seems more uncertain than ever.

Prime Minister Abiy Ahmed claimed the delayed vote would be Ethiopia's "first free and fair election," despite internal conflict, famine and the fact that not everyone in the country can vote.