A preliminary report on the crash of an Ethiopian Airlines Boeing 737 MAX airplane says pilots followed recommended emergency procedures but were unable to control the jet. 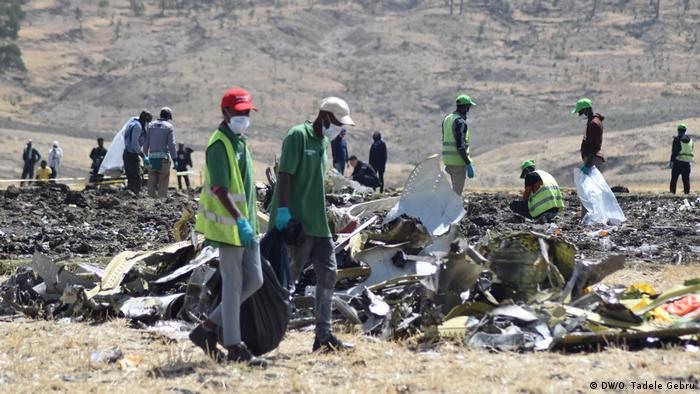 "The crew [repeatedly] performed all the procedures [...] provided by the manufacturer but was not able to control the aircraft," Dagmawit Moges told reporters in Addis Ababa, citing a preliminary report.

She said the report recommended that Boeing should review the aircraft flight control system.

Although she referred to a "repetitive nose down" movement of the aircraft, she did not specifically mention the plane's automatic anti-stalling system, which has been implicated in the crash amid similarities with a Lion Air crash in Indonesia October that also involved flight control issues.

The airline also tweeted the information from the preliminary report in a statement about the crash.

The crash of Flight ET 302 killed all 157 passengers and crew on board the plane, which was flying from the Ethiopian capital to Nairobi in Kenya.

All Boeing 737 MAX aircraft were grounded following the crash in Ethiopia.

In accordance with international rules, the preliminary report did not assign any blame for the crash. A final report is due within a year.

In response to the report, Boeing said it would study the findings but insisted on the safety of the 737 MAX aircraft.

"We remain confident in the fundamental safety of the 737 MAX," CEO Dennis Muilenburg said in a statement.

However, Muilenburg recognized that "erroneous activation" of a so-called Maneuvering Characteristics Augmentation System designed to prevent stalls had occurred.

The aircraft giant has said that software updates would address any issues with the aircraft.

Read more:Why do airplanes stall and why is it so dangerous?