While drone attacks kill dozens of people in Ethiopia's northern Tigray region, Prime Minister Abiy Ahmed continues to push for national dialogue to end the conflict. Will his plan succeed? 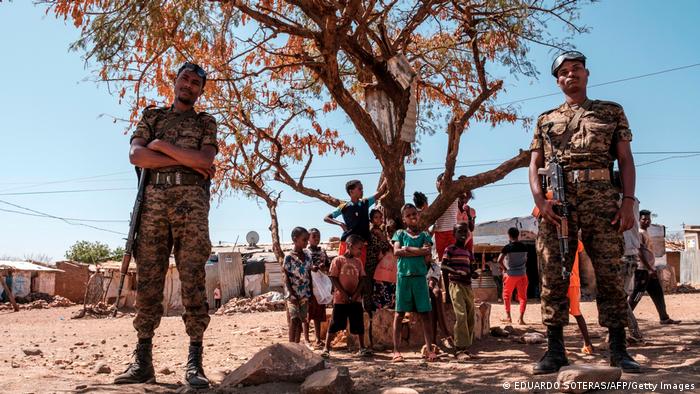 The Tigray conflict has now entered its fourteenth month

Pressure from the international community to resolve Ethiopia's Tigray conflict has never been higher.

The Norwegian Nobel Committee, which bestows the Nobel Peace Prize, on Thursday called on Ethiopia's Prime Minister Abiy Ahmed, a recipient of the award in 2019, to end the bloodshed in Tigray.

The region has been ravaged by a war that broke out between Tigrayan forces and federal troops 14 months ago. Fighting has caused a humanitarian crisis in Tigray with allegations of atrocities leveled against all parties in the conflict.

More than 2 million people have been displaced and hundreds of thousands are living in famine-like conditions with aid to the region blocked.

"As Prime Minister and Peace Prize winner, Abiy Ahmed has a special responsibility to end the conflict and contribute to peace" in the region where hostilities have killed thousands, the prize committee said in a statement to news agency AFP.

The [government-imposed] blockade has created "hell and is an insult to our humanity," World Health Organization Chief Tedros Adhanom Ghebreyesus, himself a Tigrayan, told reporters.

Stressing that he was speaking from a neutral position, Tedros said the situation was "serious and desperate."

The UN said the blockade was preventing millions of people from accessing life-saving medicine. 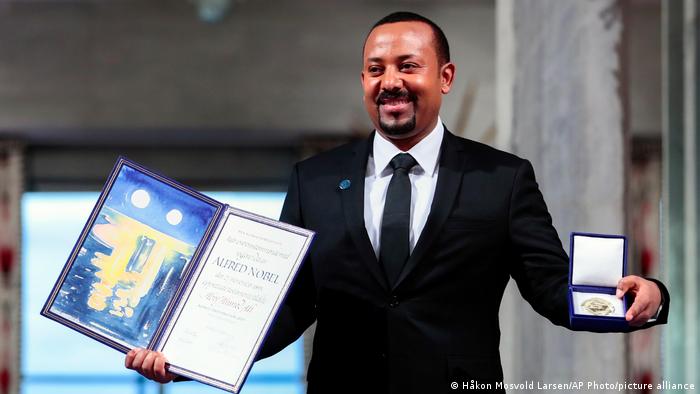 Abiy, the 2019 Nobel Peace Prize winner, is under increasing pressure to bring peace to Tigray

Meanwhile, the US, EU, AU, and regional leaders are frantically seeking to broker a ceasefire between Ethiopian National Defense Forces and fighters from the Tigrayan People's Liberation Front (TPLF), but so far, with little success. On the contrary, airstrikes have intensified in the country's north. This week, at least 17 people were killed in a drone attack. Many others were injured.

The government denied it was behind the civilian bombings and instead blamed the TPLF for using propaganda to get the international community's attention. "The allegation of government airstrikes in Tigray on civilians is completely false," Legese Tulu, Ethiopia's government communications minister, told DW in an exclusive interview. "How can a government strike its citizens? People in Tigray are our brothers and sisters. The government never targets civilians," Legese added. 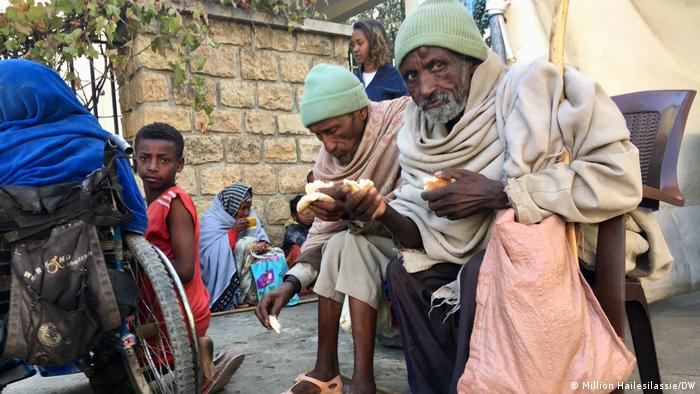 The conflict in northern Ethiopia has caused untold suffering for civilians

"I am shocked by reports that drone attacks on IDP camps in Ethiopia last week resulted in numerous civilian casualties," Luise Amtsberg, Germany's commissioner for human rights policy and humanitarian assistance, told reporters. "These attacks not only cause terrible suffering but also worsen the chances of resolving the conflict."

In a bid to promote national dialogue and foster unity, and as a sign of goodwill to mark Ethiopia's Orthodox Christmas celebration on January 7, Premier Abiy has released several high-profile TPLF and Oromo opposition leaders. Some of those pardoned include Jawar Mohamed, a fierce critic of Abiy who was accused of inciting protests that killed hundreds in July 2020.

"The government released the politicians to open the door for all political attitudes to participate in the upcoming national dialogue stage," Legese, the communications minister, said.

He reiterated that Abiy's administration had invited all political sides to join the dialogue but stressed that the government would not talk directly with the released political prisoners. "The ruling party is also participating in the dialogue as one political entity," Legese said.

However, Eskinder Nega, a prominent blogger and leader of the Balderas For True Democracy party, who was among those released, told DW he had little faith in Abiy's call for national dialogue.

Eskinder, jailed at least ten times by previous governments, said he was now counting on a miracle to bring an end to Ethiopia's Tigray crisis which has since spread to neighboring Amhara and Afar regions.

According to Hassan Khanenje, director of the HORN International Institute for Strategic Studies in Nairobi, the airstrikes go counter to the announcement by Abiy Ahmed's government of national dialogue.

"The call for national dialogue in itself had problems, in part, because it had excluded the key players, especially the OLA and the TPLF," Khanenje told DW.

He said he regrets that the international interventions are too little too late. "So much damage has been done, and there is an extremely high sense of hostilities between the protagonists in Ethiopia," Khanenje, who is an expert on the Horn of Africa, said. 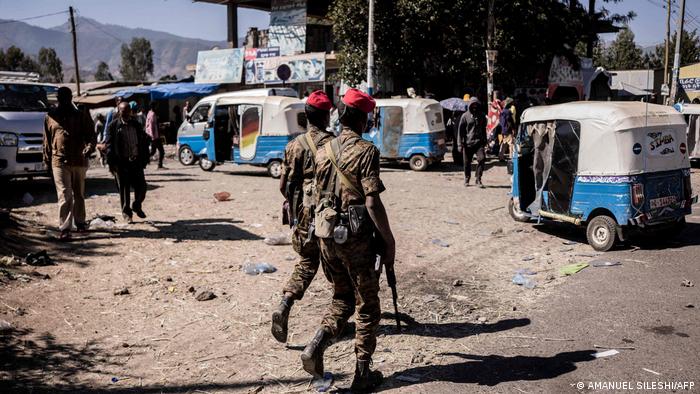 "While every effort has to be appreciated, I think it is falling short of deploying sufficient sticks and carrots that is going to force the parties to come to the negotiating table," he said.

According to Khanenje, stability cannot be achieved in Ethiopia without a credible ceasefire and cessation of hostilities. "This would allow for a negotiated settlement for Ethiopia to be able to craft out a new political and constitutional dispensation," he said.

But Khanenje also warned that in the absence of a more robust intervention by the international community, it is unlikely that the parties in Ethiopia will arrive at a settlement that will protect the country and keep civilians safe.

The Ethiopian government has pardoned numerous political prisoners. The effort is part of a larger drive to initiate a "national dialogue" after a year of civil war with forces from the Tigray region.