After nearly twenty years, bitter rivals Ethiopia and Eritrea have pulled troops back from the frontier and are opening border crossings. Normalization moves include reopening embassies and restoring phone lines. 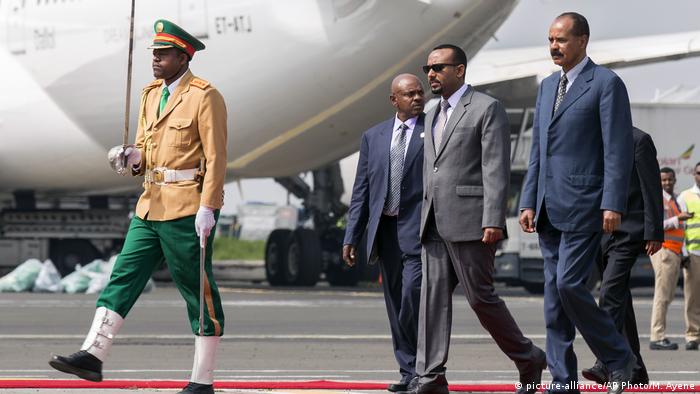 Armed forces of both Ethiopia and Eritrea that are stationed along the countries' shared border will be shifted back to camps to ease tensions.

"We heralded the new year by demolishing the trenches along our border," Abiy told reporters upon return to Addis Ababa.

It is the first time in 20 years that the border points have been opened.

Both leaders visited the Bure Front with members of their armed forces to mark the Ethiopian new year. Later, they did the same at the Serha-Zalambesa crossing, Eritrean Information Minister Yemane Meskel said on Twitter.

Hundreds of civilians waved the countries' flags. Inhabitants of the Tigray region, who share close cultural ties, danced as flag-draped camels wandered by.

The amazing reconciliation between former bitter rivals came weeks after Abiy took office in April and announced that Ethiopia would fully embrace a peace deal that ended a 1998-2000 border war that killed tens of thousands.

At the time, he said the countries would celebrate the Ethiopian new year together: "We want our brothers and sisters to come here and visit us as soon as possible."

Commercial flights between the capitals have resumed, telephone lines have been restored and embassies have reopened, while long-separated families have held tearful reunions. 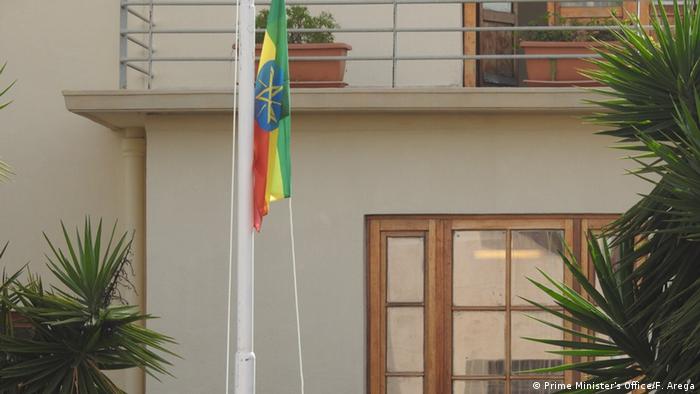 Embassies being reopened is a sign of peace in the area

Landlocked Ethiopia, one of Africa's fastest-growing economies, and Eritrea, one of the world's most closed-off nations, also plan development cooperation, particularly around Eritrea's Red Sea ports.

There were reports on social media on Monday that spoke of mine-clearing activities that were underway in one border area, signaling that an opening was planned. The United Nations has called the border one of the world's most heavily mined.

Abiy on Monday told thousands of people at a new year's eve concert in Ethiopia's capital, Addis Ababa, that "as of today, Ethiopian and Eritrean people will prosper together and march in unison. ... The last five months have brought hope and reconciliation."

The reconciliation between Ethiopia and Eritrea has been warmly welcomed by the international community and has led to a series of further thaws in the politically precarious Horn of Africa region.

Eritrea has resumed diplomatic ties with both turbulent Somalia and the small but strategic port and military nation of Djibouti.

International observers are wondering whether the thaw will inspire Eritrea's leader to embrace reforms and loosen a strict military conscription system that has led the small country to become one of the largest sources of migrants fleeing toward Europe, Israel and elsewhere.

Somali President Mohamed Abduallahi Mohamed began his three-day visit to Eritrea, where he will meet with President Isaias Afwerki. He is the first Somali president to enter Eritrea in 15 years. (28.07.2018)