The skies over Ethiopia and Eritrea opened to a first commercial passenger flight in two decades, giving tailwind to the peace process between the neighbors that severed ties in a border war. 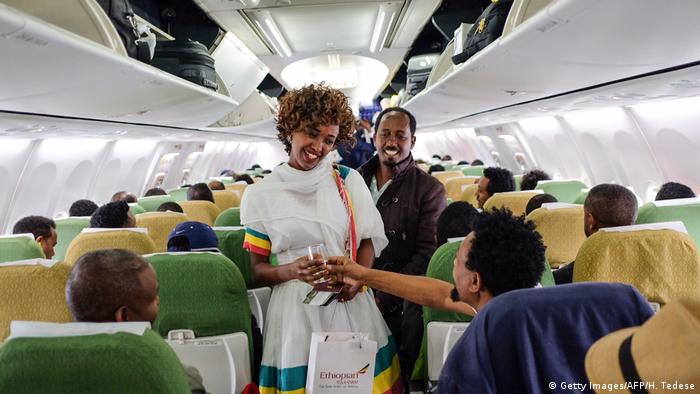 "The bird of peace has just flown to #Asmara!” Ethiopian Airlines tweeted on Wednesday. That bird was a Boeing 787 Dreamliner carrying 456 passengers on the first direct commercial flight to Eritrea in since the start of a border war between the neighbors more than 20 years ago.

Flight attendants served sparkling wine and handed roses to those on board. Ethiopia's former prime minister Hailemariam Desalegn and his wife Roman, ambassadors and representatives of business, civil society and the media were among them.

Relatives of families who were split during the war between the two countries were also on Flight ET0312. 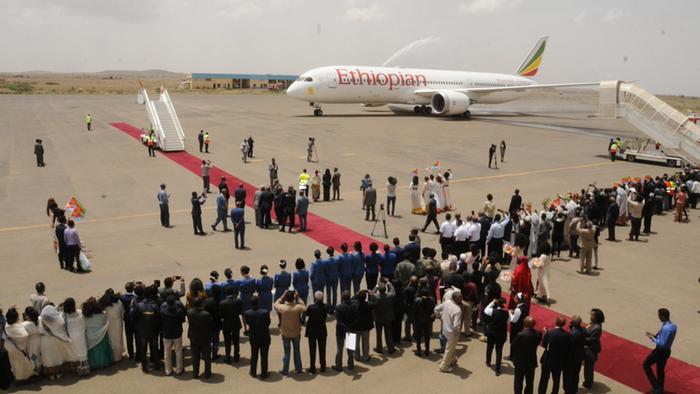 Eritrea's Foreign Minister Osman Saleh welcomed the passengers as they disembarked. Scores of dignitaries lined the tarmac as the plane taxied to a stop.

Commercial air traffic between Ethiopia and Eritrea was halted at the height of hostilities, including air raids, during the 1998-2000 war.

The stand-off in the Horn of Africa was to rumble on until Hailemariam's successor, Prime Minister Abey Ahmed, came to office in April and sought peace andEthiopia, Eritrea officially end war. 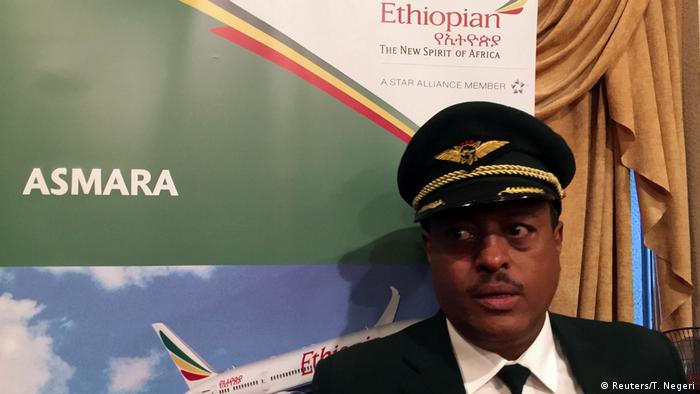 The two sides have been moving towards normalizing relations with high-level visits in both Addis Ababa and Asmara. At the weekend, Eritrean President Isaias Afwerki made a visit to the Ethiopian capital

Afwerki and his delegation arrived in a large unmarked white jet. The officials he dispatched at the start of peace talks last month arrived in an Emirates aircraft.

The Addis Ababa-based Ethiopian Airlines Group is Africa's largest airline. It flies to 70 cities and owns stakes in Malawi's national carrier and Asky Airlines in Togo.

Azeb-Tadesse Hahn contributed to this report

It seemed impossible just a few months ago: reconciliation between Ethiopia and Eritrea after decades of attrition. But peace is here at long last. How did this turnaround, which some are calling historic, come about? (09.07.2018)

Eritrea has reopened its embassy in Ethiopia a week after the once-bitter rivals officially declared an end to a two-decades-old war. Eritrea seceded from Ethiopia in 1993 after a long battle for independence. (16.07.2018)

US sanctions Eritrean military over role in Tigray conflict 13.11.2021

Washington has blacklisted the Eritrean military as it ups pressure on parties fighting in northern Ethiopia. The US cited "numerous reports" of the killing of civilians by Eritrean forces.

Aid convoys have yet to reach Ethiopia's war-ravaged Tigray region almost a week after the government announced a humanitarian truce.