Germany's development minister has said fewer migrants from Eritrea are expected now the country has made peace with Ethiopia. In an interview, Eritrea's top diplomat said those who have already left are free to return. 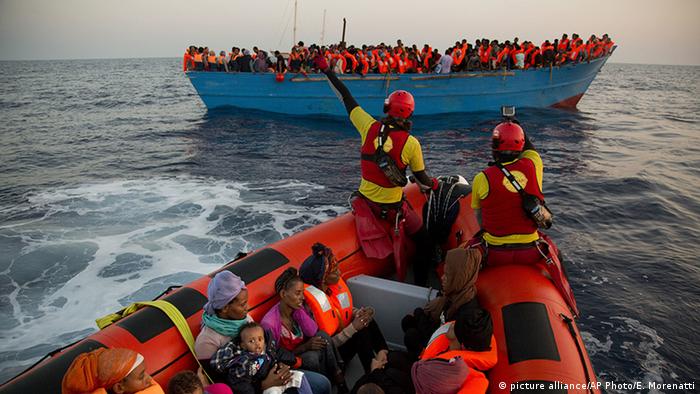 Many Eritrean migrants take the perilous journey to Europe

Germany's federal minister for economic cooperation and development, Gerd Müller, who is visiting several African countries, has said about 15,000 young Eritreans arrived in Germany this year, making in total some 75,000 Eritreans seeking asylum in Germany. Müller said he hoped Eritrea would change its system of yearslong military conscription. He also urged the country to move toward establishing democratic structures.

In an interview with DW's Adrian Kriesch on Thursday, Eritrean Foreign Minister Osman Saleh Mohammed, who held talks with Müller earlier this week, said any compatriots of his who had migrated could return home without difficulty.

DW: You had first talks with Germany's development cooperation minister today. Has there been any outcome of the talks already? Are there any concrete things you discussed with the minister? 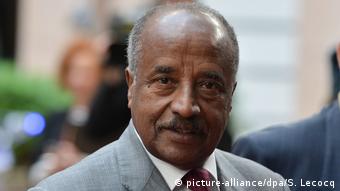 Osman Saleh Mohammed: 'Eritreans who want to come back voluntarily, they can come'

Osman Saleh Mohammed:There have been no concrete things achieved, but there is now full understanding on both sides about the current situation.

When the German minister was talking earlier today, he mentioned that there was a reform process happening here and that Germany was ready to support it. What kind of reform was he talking about?

In this region, there's a complete change, and this change is for peace. And peace is prevailing in Eritrea and Ethiopia, and in the region at large. We had very good peace talks with the Ethiopian government and at the same time with the Somali government and the South Sudanese government, and this will continue with other parts of the region.

Is there any particular project your government is interested in working on with other countries?

There's no particular project we could do here, but we said that both Ethiopia and Eritrea have created a very conducive atmosphere for investment and trade. And because of this, we are going to use the resources of both countries for the development of our nations. For this reason, we are working toward an integrated economy of the two countries. For example, port maintenance and road maintenance are areas where we could invest. There are other areas like agriculture where we could have what we call "integrated community projects." We also raised the issue of what we call "water projects' infrastructure." The German government might participate in supporting our agriculture, road construction and water and energy infrastructure.

Did the German minister indicate the amount of money Germany wants to spend?

Read also: Data Analysis: Aid money alone will not be enough to stop the causes of migration

Not yet. We haven't spoken about the amount of money that will be earmarked for specific projects, but in general, we had very comprehensive ideas and an understanding of different issues related to projects. 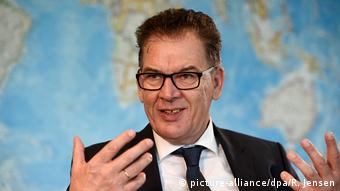 Germany's minister of development, Gerd Müller, is on an eight-day tour of Africa

In some African countries, there's criticism that Germany demands a lot from partners compared to what it gives. Is that the impression you also have here?

That should not be the case. It will depend on the requirements that we have to fulfill. We should create our own projects and implement them, and if there are monitoring issues raised, then the German government can monitor any project, whatever it is. But you see, if we want to present a project, it has to be our own. External bodies should not impose it on us. The German government does not do that and should not do that. We have already talked about this issue, and we said all projects should be owned by the Eritrean government or the Ethiopian government, or by both of us.

The German minister said that Germany is only taking an interest because of the migration crisis, the migrants coming to Europe. Is that also a shared feeling?

Migrants are not coming to Germany at the same rate as previously. The numbers are very much on the decrease. And we are not the cause of the migration. We know that it is only because European countries have given political asylum to Eritreans that migrants are attracted. They can provide many reasons to be accepted by Germany and neighboring countries in the region.

Did the minister mention migration?

Yes, he did. But we do have a full understanding that Eritreans can come back voluntarily at any time.

Are they welcome home?

Yes. There is a comprehensive government policy [on that], but Eritreans who want to come back voluntarily, they can come. There's no problem.

Eritrea is bordered by Ethiopia to the south, where Tigrayan forces have been locked in conflict with government forces since 2020.