Germany’s development minister Gerd Müller is promoting a "customs-free trade deal in Africa" ahead of his seven-nation Africa visit. Experts say the real issues are being ignored. 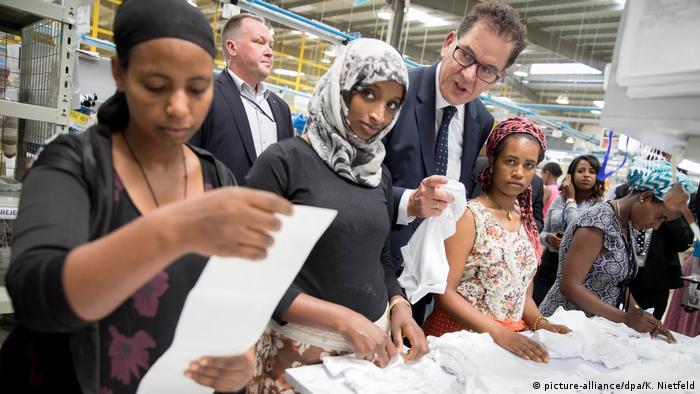 When it comes to the economic relationship between Germany and Africa, the issue of customs exemption is no longer an important topic. At least that's what renowned development economist Robert Kappel from the University of Leipzig thinks. Instead, agricultural subsidies and trade barriers should be the main topic of discussion. However, Kappel blames Europe for pursuing neocolonialism in its monetary policy.

Yet, Müller avoided these issues before his trip to Africa this week. According to Kappel, he has failed to recognize that a trade imbalance has only increased in recent years — despite a customs exemption. "The minister is not well informed, therefore it's right to criticize him," Kappel told DW.

The trade relationship between Europe and Africa is increasingly turning out to put Africa at a disadvantage. While the imports from Europe in most African countries are on the rise, the total number of African exports to most European countries is decreasing.

According to the economic promotion company Germany Trade and Invest (GTAI), Germany's foreign trade with sub-Saharan Africa amounted to €26.1 billion euros ($30.1billion) last year. Imports have also risen compared to the previous year. However, sub-Saharan Africa accounted for only 1.1 percent of total foreign trade in 2017, just as in the previous year. 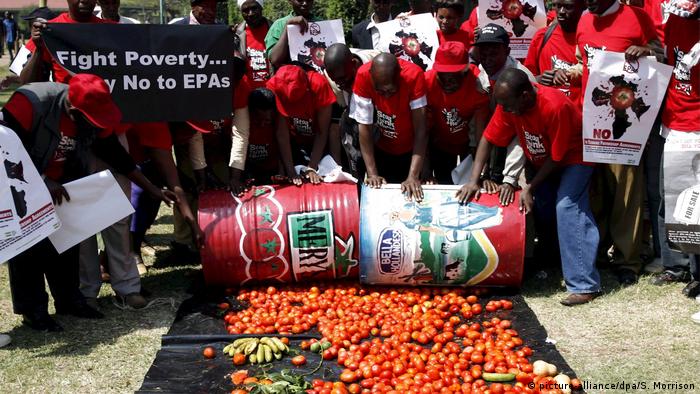 If the European Union (EU) and Germany's federal government had their way, more European products would be found in the African market in the future. Europeans have already identified Africa as a huge outlet market. The European Commission's statistical office, Eurostat, has calculated that by 2050 a quarter of the world's population will be living in Africa. In Berlin and Brussels, Africa has been described as the "sleeping giant of the global economy." And they are unwilling to leave this potential mass market to China and India. Asia's trade with Africa has already spent years growing in importance.

For some time, the EU has been negotiating with African countries about possible new trade agreements, known as Economic Partnership Agreements (EPAs). They aim to allow the market to open up and offer an outlet for European products in Africa. Supporters are hoping for markets to open up on both sides and increase efficiency through competition and low prices for consumers.

But these discussions are causing displeasure in Africa. Critics of the EPAs fear that unrestricted trade with Europe will further weaken their economy. They are also concerned that high-quality European products might suppress the sale of African goods in their home countries. This would only serve to further increase the imbalance in trade between Europe and Africa.

The irregular trade balance also has to do with the massive export subsidies for European goods, says Kappel. But subsidy reduction is not an issue for the EU or the German government — despite it being the main point of criticism raised by most development economists.

Agricultural subsidies are not only an issue in Europe. According to the OECD, North America, Europe, Japan and China subsidize their agriculture with over 1 billion dollars (867 million euros) daily. But farmers and agricultural companies in Europe still pocket most state subsidies, says Kappel. "Their surpluses are made cheaper in African markets and compete with African producers, who end up destroyed."

In the meantime, most African countries have become importers of food: 80 percent of food consumption in Africa is derived from food imports. Many experts agree that this issue needs to be urgently addressed. But Müller appears to be pretending that the problem does not exist.

"He proposed that African governments could subsidize their farmers as well, but no African country can compete with the EU's subsidies," says Kappel. 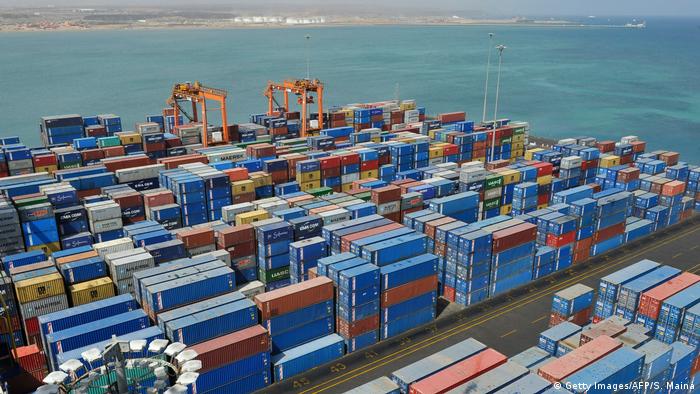 According to experts, another major obstacle African exporters face when it comes to accessing the European market is found in the health, safety and technical standards which are expected to be met by all African exporters.

Elmar Brok, a member of the European Parliament belonging to Germany's Christian Democrats (CDU) party, considers these standards to be "non-tariff trade barriers," and a form of hidden protectionist measures that cannot be achieved through taxes and subsidies alone. "We actually have very high health and consumer protection standards, but we are of course not prepared to lower our health standards," he told Germany's national broadcaster ARD shortly before Müller's trip to Africa.

According to Brok, Müller still believes it is necessary to help Africans meet the necessary requirements. Kappel agrees: "German-African chambers of commerce should be set up — those that deal with the marketing of African products in the European market — so that African companies get a chance to enter the European market, not only with their raw materials and agricultural products but also with their manufactured goods." However, such a plan is unlikely to materialize any time soon, as Müller has yet to voice any proposals addressing the matter.

According to Kappel, the lack of independent monetary policies is another taboo topic, targeted at the needs of African economies. Falsely overvalued African currencies, tied to the US dollar or the euro, raised the price of African export products and prevented foreign investments in Africa.

As a result, the CFA franc regions in West and Central Africa — a relic of the French colonial era — became an attempt to maintain a sense of colonialism through currency.

"By overvaluing the CFA franc, we are hindering industrialization in other African countries," says Kappel. "Companies there could never be competitive in the global market." 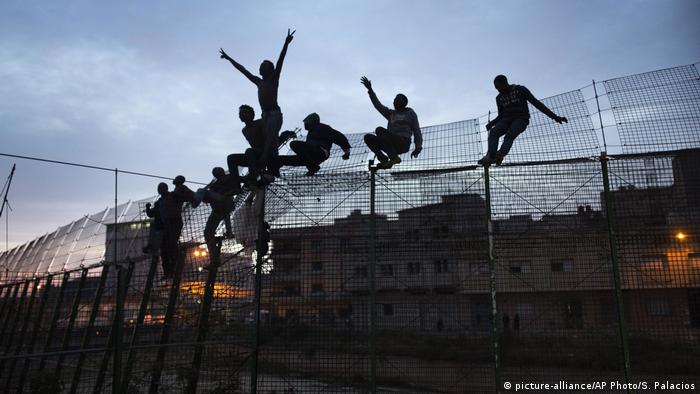 A boost to African economies could stem migration to Europe

The issue of migration remains relevant

Beginning on Thursday, Müller's one-week trip will take him to Eritrea, Ethiopia, Mozambique, Botswana, Zimbabwe, Chad, and Ghana. During talks with the German Chancellor Angela Merkel and Ghana's President Nana Akufo-Addo, they will examine the reform partnerships of both countries, as well as new investment opportunities. Young Ghanaians will hopefully be presented with future prospects and the issue of migration should be dealt with through new job opportunities.

So, will Müller's trip help spark important incentives for better trade relations with Africa? Kappel is skeptical. So many issues are yet to be discussed. But the development economist admits that "rhetorically, you can come through if you talk about fair trading conditions.

The boat set off from the Western Sahara some nine days ago, carrying 34 migrants attempting to flee to the Spanish islands. Thousands of migrants attempt the trip each year, in search of a better life.