Essay: Why the West failed to understand Afghanistan | Asia | An in-depth look at news from across the continent | DW | 19.08.2021 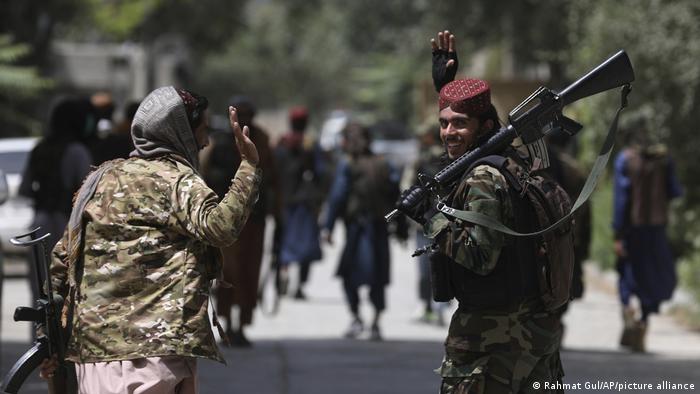 The militant Taliban are once again in power in Afghanistan

"It will probably be like last time. When they took Kabul overnight," Kabul resident Ahmad Jawed, 30, told me last Saturday. When the militant Islamist Taliban first captured the Afghan capital 25 years ago, Jawed was a young child. But he remembers that morning well. Suddenly the fighters were there, while the members of the mujahedeen government, who had been in-fighting for years, had fled. Now, almost 20 years after NATO first occupied the country, this scenario seemed likely to repeat itself, Jawed predicted: "The last few days have made it clear that they will be here soon." 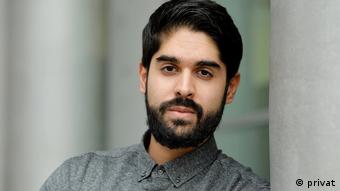 Shortly thereafter, his fears were confirmed. After the Taliban had seized all major provincial capitals in a matter of days, they marched into Kabul on Sunday. Many members of the army and police abandoned their posts even before the insurgents entered the city. Afghan President Ashraf Ghani ,for his part, hastily fled the country with his entourage. His behavior was like that of a neo-colonial governor — that's just how he has been described in recent years, not only by the Taliban but by many Afghans who did not benefit from his corrupt state apparatus. 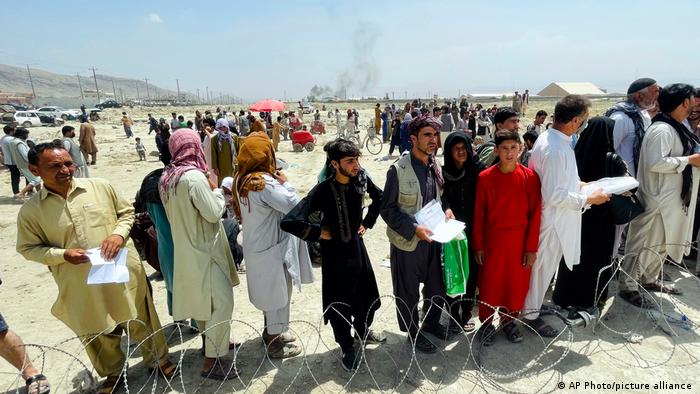 After the Taliban takeover on August 17, 2021, thousands of Afghans started flocking into Kabul airport. They all want to leave the country

According to some reports, Ghani's men took bags of cash with them. Incidentally, it was Ghani who said a few years ago that he had no sympathy for Afghan refugees. They would only end up washing dishes in the West. After Ghani's flight, the Taliban captured the presidential palace and posed for pictures in front of his desk.

One of the commanders said shortly afterwards during a press conference for the Qatari broadcaster Al Jazeera that he had been detained and tortured by the Americans for eight years in Guantanamo. A coincidence? Probably not. Instead, it was evident once more that the American "War on Terror" had radicalized scores of people in Afghanistan – and that many of them have not forgotten it to this day.

Only white US citizens allowed to board?

Events continued to unfold at a swift pace. Crowds flocked to Kabul airport, where American troops were busy evacuating their citizens. The chaos at the airport did not abate the next day. People tried to cling to the US plane as it took off and died in their last-ditch attempt to escape.

Meanwhile, US soldiers fired into the Afghan crowd. "A relative of mine was killed. He was a doctor," recounted Sangar Paykhar, a Dutch-Afghan journalist and podcaster, after the incident. The Afghan-American author and activist Nadia Hashemi claimed that Afghan-Americans were in some cases denied entry onto the plane. The reason: They were not white Americans. 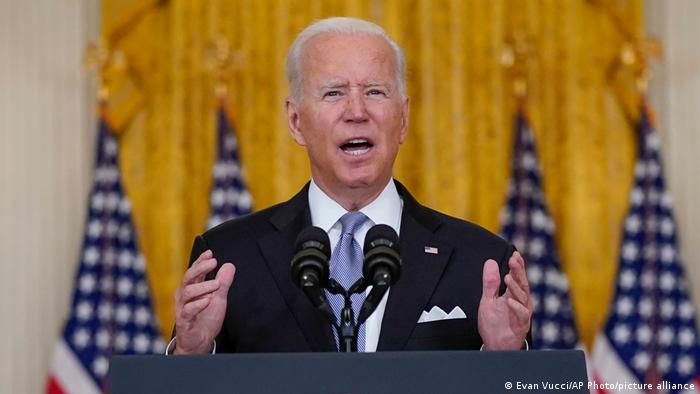 The latest scenes in Kabul have underscored more plainly than ever that the Western mission in Afghanistan has failed. During his speech yesterday, US President Joe Biden, in the midst of withdrawing his military forces, did not spare a single word for all the Afghans who have been killed by the American "War on Terror" over the past two decades. Instead, his words were once again marked by a denial of reality and by ignorance. The true winners of the war are not in the White House but in Kabul.

US war equipment for the Taliban

The Taliban have never been as strong as they are now. In the last few days and weeks alone, they have captured numerous pieces of high-tech American war equipment.

Apart from Panjshir province north of Kabul, which has always been a stronghold of Taliban resistance, the extremists now once again control almost all of Afghanistan. And they have regained political clout on the international stage as well, something they have worked hard on in recent years. 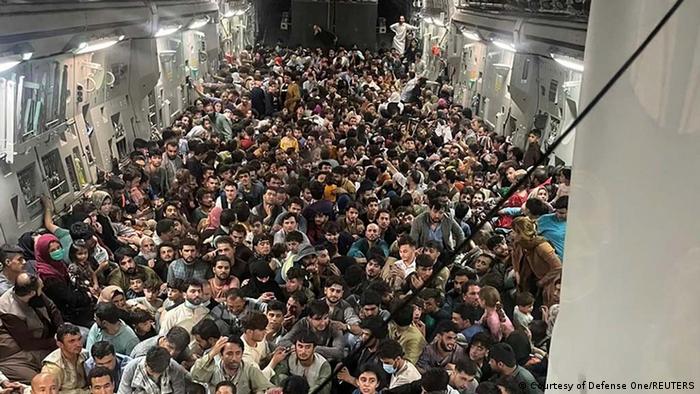 On one of the first flights, the US evacuated 640 people in a US Air Force transport plane to Qatar

Numerous analyses and forecasts concerning a Taliban takeover have had to be corrected several times in recent days. The US intelligence agency CIA was still assuming on Saturday that it would take 30 to 90 days to overpower Kabul. In the end, it all happened in 24 hours. Even prominent US analysts in Washington were at a loss for words in the face of recent events.

How was it possible?

Bill Roggio of the right-wing conservative US think tank "Foundation for the Defense of Democracies" called the Taliban's successful advance one of the "greatest intelligence failures in decades". Roggio described the Taliban's sophisticated war strategy as "brilliant." The extremists initially focused on the north of the country before taking additional cities nationwide. 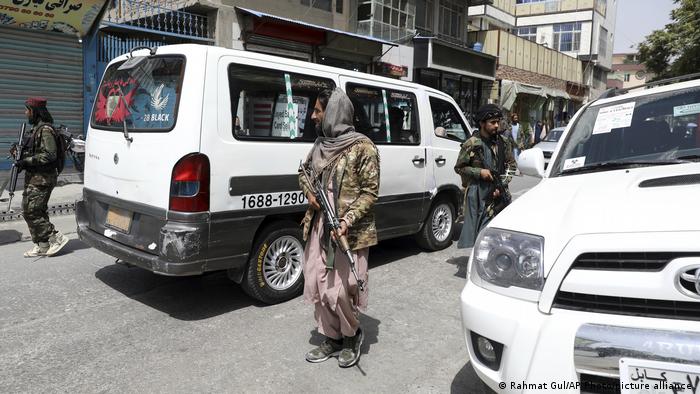 There are several reasons why all this was possible. Much of what was going on in the country was suppressed and ignored for years – not only because people in the West wanted to save face but also because they still didn't know Afghanistan, even after all these years. Nearly all the districts of those provincial capitals that fell prior to Kabul had in fact been controlled by the Taliban for years.

The Taliban had put down roots there, operating and ruling in the shadows. That extremists were able to gain an early foothold in these rural regions is also due in part to the massive corruption in the capital and the numerous military operations carried out by NATO and its Afghan allies.

Victims of the West

Drone attacks and brutal nightly raids regularly caused numerous civilian casualties in Afghan villages. Many survivors shifted their support to the Taliban as a result. This was de facto also the case at the gates of Kabul. Long before the recent events, a 20- to 30-minute drive was enough to take you into Taliban territory.

Joe Biden: 'We're going to do everything in our power to get all Americans out and our allies out'

But those in charge did not want to face up to these realities. Instead, they were busy patting themselves on the back for a job well done. People spoke of their own oh-so-commendable values and focused on the supposed achievements made in Afghanistan since 2001. There was much talk of democracy, although not a single democratic transfer of power has taken place in Afghanistan in the last 20 years.

This certainly had nothing to do with those Afghans that risked their lives to go to the polls but can primarily be attributed to the corrupt elites that the US brought to power in Kabul. Men like Hamid Karzai and President Ashraf Ghani, who could not flee quickly enough, exploited the new system to their own ends and stayed in power through electoral fraud. Other important figures in Afghanistan behaved similarly, including numerous well-known warlords and drug barons who became the West's closest allies in the Hindu Kush. They were able to line their pockets with the generous foreign aid and transfer billions of dollars abroad. 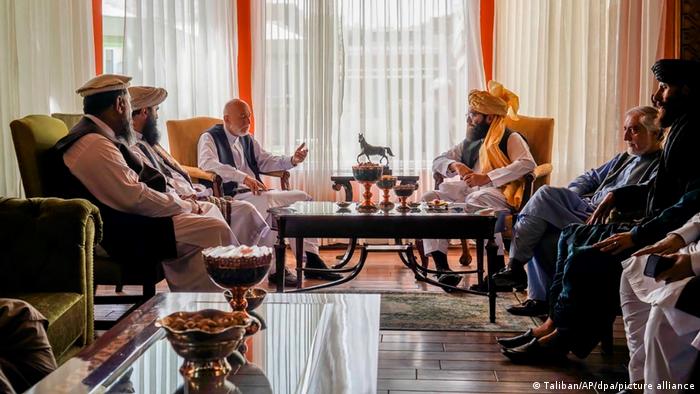 Former President Hamid Karzai met with Taliban leaders in Kabul in August. The photo was published by the Taliban

At the same time, they were also among the biggest war profiteers – thanks, for example, to private security companies they themselves created to fake attacks on NATO troops. In retrospect, it is evident that lucrative contracts were signed based on the alleged terrorist threat.

No need to take responsibility

It has been clear at least since the end of 2019 that leaders in Washington and elsewhere knew all about these aberrations. Ever since the Washington Post published the "Afghanistan Papers," in which about 400 high-ranking US officials more or less admitted to their failures in Afghanistan. The details had been kept under wraps for years.

But nobody wants to talk about that today either. Instead, it is easy to get the impression that the Taliban have come out of nowhere to take Afghanistan and the West by storm. Everyone claims to have acted according to the best of their knowledge and with a clear conscience.

So, it is unfortunate, then, how things turned out. After 20 years of a misguided intervention that cost the lives of hundreds of thousands of Afghans and turned millions of them into refugees, driving them into poverty, the West has not only lost interest in Afghanistan, but feels no need to take responsibility for its plight.

"These people are just like that. It's not our fault," is the tenor of this cultural relativism. It is echoing particularly loudly these days.

Emran Feroz is an Austrian with Afghan roots who has been reporting for years on the situation in the Hindu Kush for German-language media such as "Die Zeit," "taz, die tageszeitung" and "WOZ," but also US media such as the "New York Times" and CNN. At the beginning of October, his analysis "The Longest War - 20 Years of the War on Terror" should have been published on the occasion of the 20th anniversary of the beginning of the so-called "War on Terror." Due to current events, this date was moved to August 23, 2021.

This text was originally published in German on www.qantara.de.