The data gathered by the latest mission could "help us find out whether there is life elsewhere in our universe and if there is another planet like Earth," the European Space Agency said. 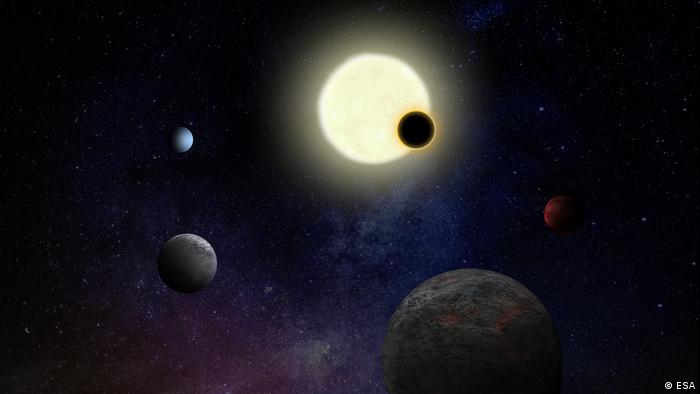 The 'Ariel' mission will take a closer look at around 1,000 exoplanets once it launches in 2029

The European Space Agency (ESA) unveiled plans on Tuesday to explore the creation and development of exoplanets with a new satellite.

It's the third exoplanet exploration mission that ESA is planning, with European aerospace company Airbus securing the contract to build the satellite.

What will happen during the mission?

The new "Ariel" satellite — short for Atmospheric Remote-sensing Infrared Exoplanet Large-survey — is set to launch in 2029.

Exoplanets are planets orbiting a star or stars outside our solar system. Over the course of four years, the satellite will gather data on around 1,000 of them, ESA said in a statement. 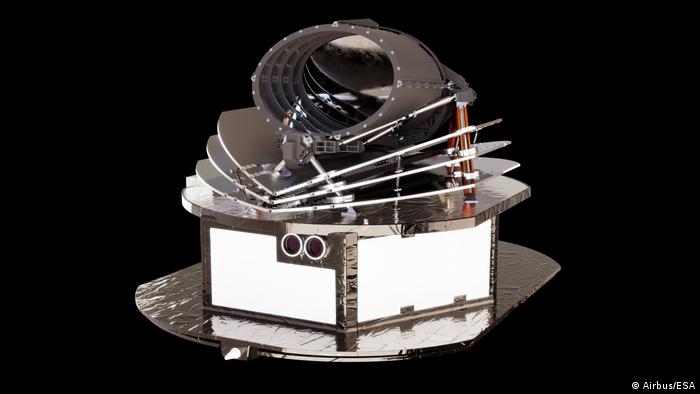 It's the first mission that is solely dedicated to gathering data on the exoplanets' chemical composition and thermal structures — and how their host stars have impacted the planets' evolution.

The data will help scientists better understand the early stages of how planets and their atmospheres form and could indicate whether there's life outside of our home planet, Earth.

"They could help us find out whether there is life elsewhere in our universe and if there is another planet like Earth," ESA said in a statement.

"Ariel" will be ESA's third exoplanet research mission. The first mission, "Cheops," launched in 2019, while "Plato" is slated for launch in 2026.

What role will Airbus play?

Airbus has signed a contract with the space agency to design and build the "Ariel" satellite.

Which planets other than Earth are habitable?

"With this milestone for the Ariel mission, we celebrate the continuation of the outstanding relationship with our industry partners to keep Europe at the forefront of excellence in the field of exoplanet research well into the next decade and beyond," said ESA's director of science, Günther Hasinger, in a statement.

According to the space agency, the satellite will be built and designed at two Airbus facilities located in Toulouse, France, and Stevenage in the United Kingdom.

Jean-Marc Nasr, head of Space Systems at Airbus, said the company has "extensive experience" in leading science missions that will help with the construction of "Ariel."

Planets that are located outside of our solar system and orbit their own host star — or several stars — are called "exoplanets."

Researchers looking to answer the question "is there life out there" hope to find an answer to that question on exoplanets.

It's one of the "fastest growing areas in astronomy," according to ESA.

To date, over 4,000 exoplanets have been discovered — ranging in size from ones that are huge like Jupiter to small ones like Mercury.

There are many more as well "that simply do not have analogues in our solar system," according to ESA.